This article was originally published on August 1, 2012. 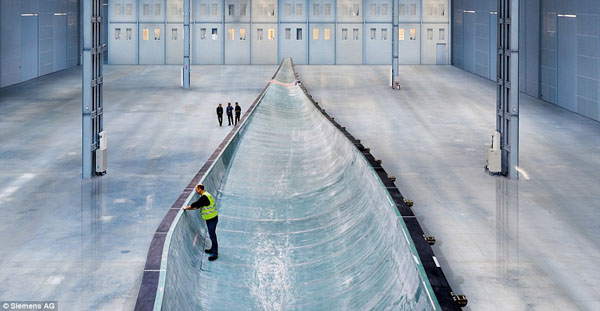 Wind power is becoming one of the largest renewable energy source in modern world. Current researches on wind turbine focuses on extracting maximum power from the wind. New wind turbines have been designed to meet the requirements. 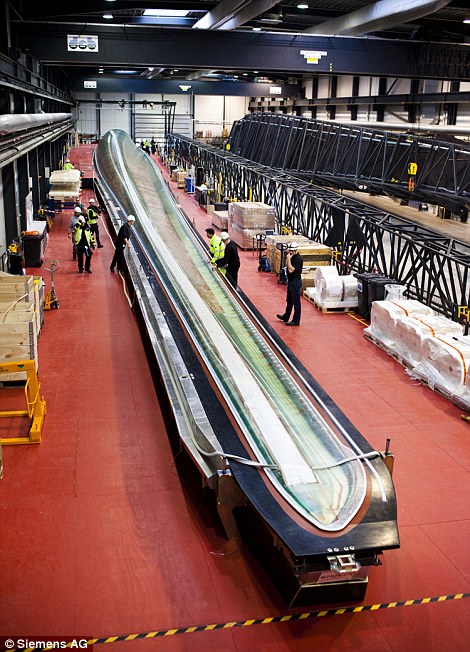 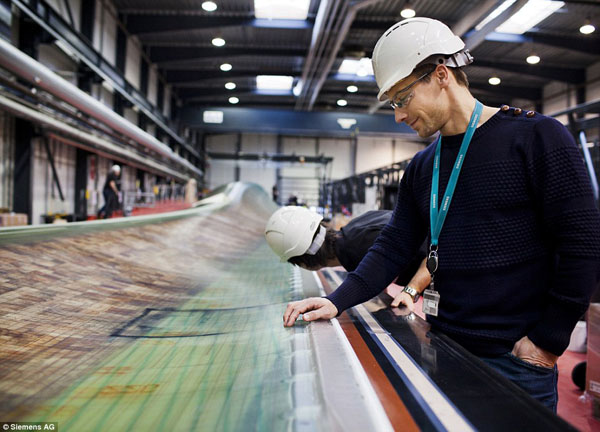 The wind turbine is planned to be installed off the Britain coast from 2014. The blades are only slightly smaller than the Airbus A380 wingspan which is 79.8 metres. Each blade is is made from two pieces of carbon fibre. 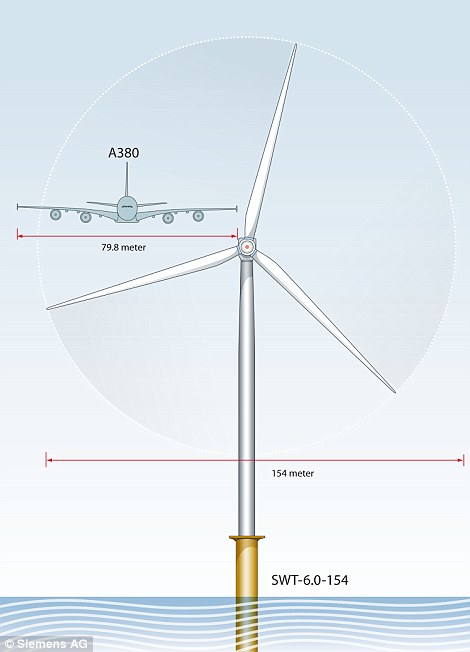 The rotor diameter is 154 metres and has a swept area of 18,600 square metres. According to Siemens, it can generate upto 6MW that can supply power to 6,000 households. 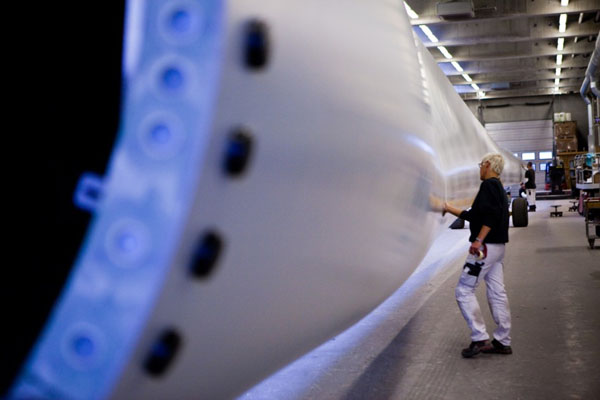 It requires a special truck to transports these blades to their place of installation which is at distance from the factory. 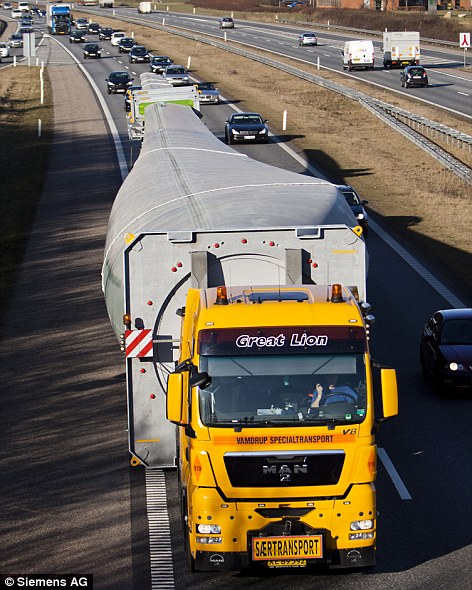 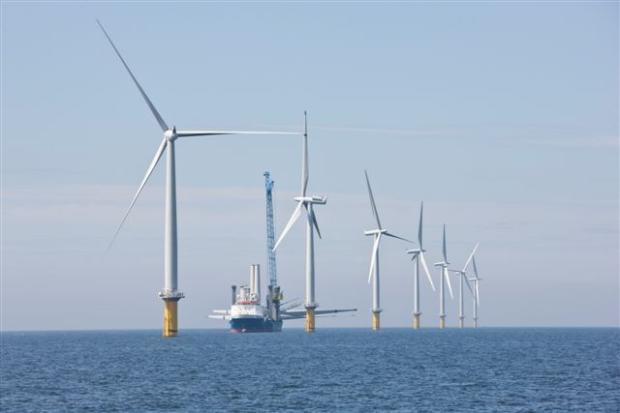