This article was originally published on June 4, 2012. 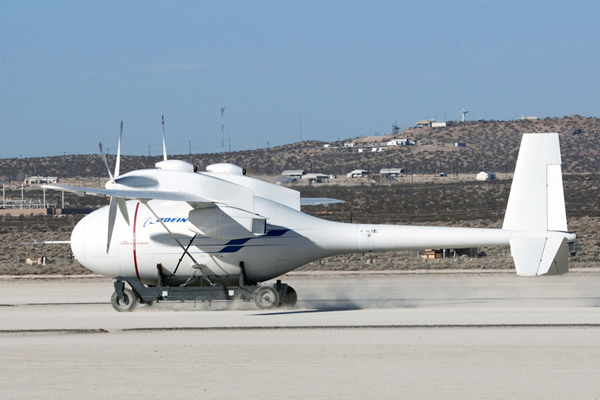 Yet another innovation from The Boeing Company. Boeing’s new Phantom Eye is an unmanned airborne vehicle (UAV) with high altitude and long endurance (HALE).
It is a hydrogen powered spy plane that serves as an eye in the sky for surveillance, disaster relief, search and rescue and for other uses.
The UAV is developed by the Boeing Phantom Works which is a main defense and security division of the Boeing company. Program manager Drew Mallow talks about the plane in video below.
Phantom Eye is designed to provide advanced intelligence, reconnaissance at various combat conditions. Phantom Eye has evolved from piston powered Boeing Condor which was a high altitude long endurance drone developed in late 1980s.
The Phantom Eye demonstrator has a wing span of 46 meter (150ft) and can fly more than four days at altitudes up to 65,000 feet. Boeing says that it is capable of carrying 450 pounds of payload with a cruise speed of 150 knots.
You can see from the image as the Phantom Eye has no armament. It is specialized mainly for the surveillance and intelligence.
After months of development, Boeing’s Phantom Eye successfully completed its first flight test on June 1 at NASA’s Dryden Flight Research Center at Edwards Air Force Base, California. Watch the video of its first flight.
The 28 minute flight which began at 6:22 a.m. Pacific time as the Phantom Eye lifted off from the run way. It climbed to altitude of 4,080 feet with cruise speed of 62 knots.

This flight puts Boeing on a path to accomplish another first aerospace capability of four days of autonomous flight without re-fueling.
With its first flight which demonstrated initial handling and maneuverability, the team is now analyzing mission data and preparing for next flight.
Phantom Eye’s environment friendly liquid-hydrogen propulsion system consist of Ford 2.3 liter engines, reduction gearbox and 4-blade propeller. 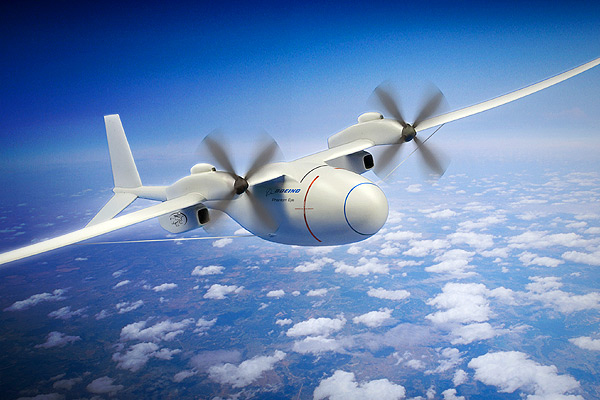 Engines have a multiple turbocharger system that compresses low density air and reduces the infrared heat signature making it more stealth during flight.
The aircraft is highly economical and “green” as water is the only byproduct as a result of propulsion. This makes Boeing’s Phantom Eye a great innovation.
Do you think Phantom Eye going to change the future of flight? Leave you comments.
Credits: The Boeing Company, Wikipedia
Also read:
– New Prototype Flying Car PAL-V
– Paper Aircraft Propelled By Inversion
– Spacex Falcon 9 Leaps Into Space
Related Items