This article was originally published on August 10, 2012. 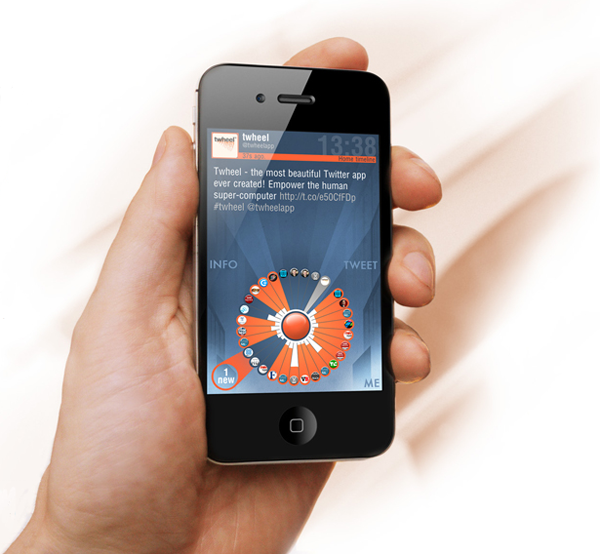 A new twitter application developed by Fluid Interaction makes twitter more diagrammatic for twitter users. The application named twheel filters and visualizes the most relevant tweets in form of wheel like chart. It helps users find their tweets of their choice easily.

The social media is spreading day by day and it becomes necessary to separate the required information apart from the irrelevant updates. According to twitter CEO Costpolo “We have got to figure out how to capture the volume at the same time as separating the signal from noise.” 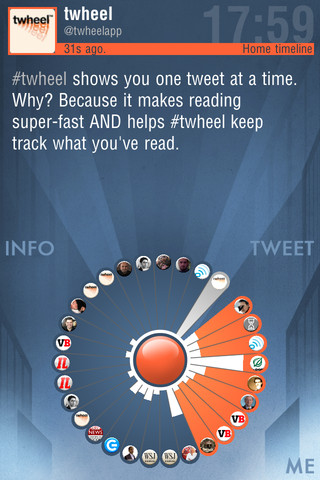 Twitter, Google+ and Facebook already made modifications that lets its users to filter their feed. Fluid Interaction media followed the words of Edward Tufte: “information overload is not caused by amount of information but failures in design”. Fluid Interaction opted to make a change with twheel application for twitter tweets. 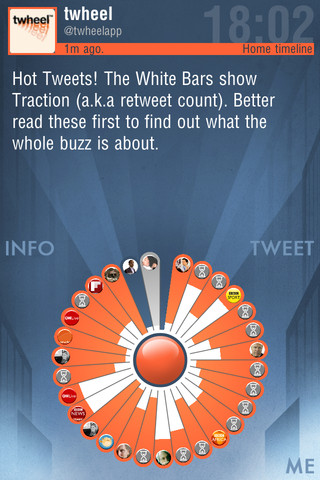 The interactive iPhone application visualizes 30 tweets and also displays the retweets in the wheel. Orange color denotes unread tweets. Choosing the required item displays the tweet on the screen. The twheel™ is available in Appstore. 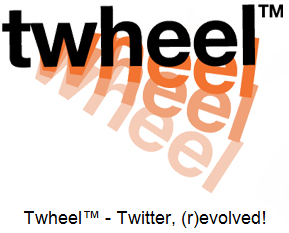