This article was originally published on August 11, 2012.

New robot inspired by motion of earthworms has been successfully innovated by researchers at Massachusetts Institute of Technology, Harvard University and Seoul National University. 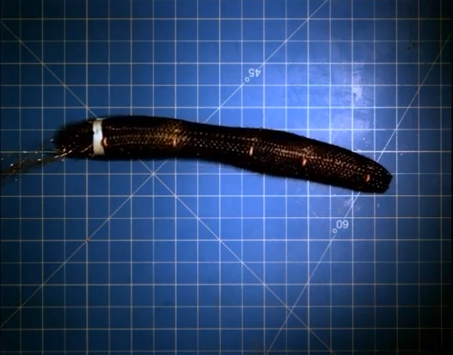 Researchers say the robot could find applications in future. The research was supported by Defense Advanced Research Project Agency – DARPA.
Similar to a muscle fibers of an earth worm, researchers used a coiled nickel-titanium wire around the tube mesh. Then they fixed a light battery and circuit board inside the body to generate current to heat the tube at particular segments.
The principle behind it is when the segment of the coiled tube reaches beyond a certain temperature, the coil of wire contracts and that leads to a forward motion like earth worm. Researchers created algorithms to control the motions of robot to control the heating and cooling of the wire. 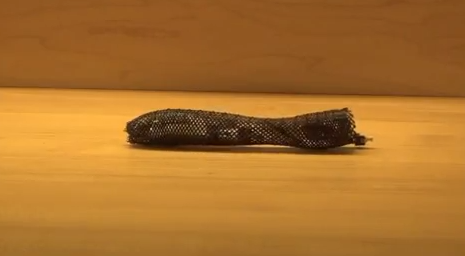 Robot is also tested with wires along its length allowing it to move rightwards and leftwards accordingly. Though it inches forward making the locomotion slow and steady, the robot could go undetected even in small spaces through which the current robots cant explore.
This motion also seen in snails and sea cucumbers is called “peristalsis”. These organisms squeezes and stretches their muscles alternatively to move and to push food to their stomach.
Like earthworms, the robot is soft and moves in a very silent way. In the video researchers proved the capability of the robot to continue in its motion when when it is stepped upon or hit with a hammer.

The robot has been named “Meshworm” as per its design and motion. Can you imagine a future, where different types of robot creatures crawling in our streets?