This article was originally published on April 2, 2012.

International Business Machines Corp.(IBM) has collaborated with ASTRON (Netherlands Institute for Radio Astronomy) in creating a world’s powerful radio telescope & super computer which will process twice as much information every day as the entire internet in an effort to unravel the origin of the universe. 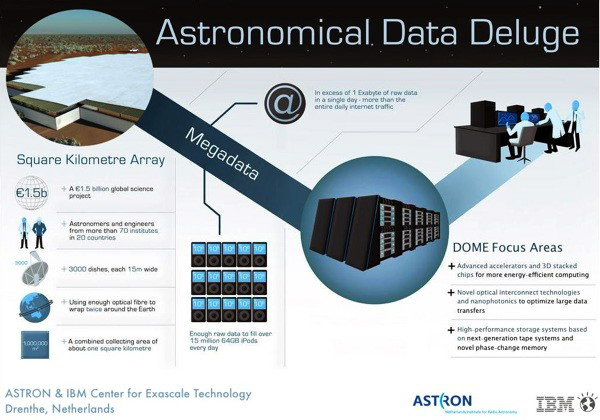 Upon completion in 2024, the computer will be attached to a 1,900 square mile array of telescope antenna built to explore evolving galaxies, dark matter and the very origins of the universe dating back to more than 13 billion years.
Ton Engbersen of IBM resarch says, ‘If you take the current global daily internet traffic and multiply it by two, you are in the range of the data set that the Square Kilometre Array radio telescope will be collecting every day.’ 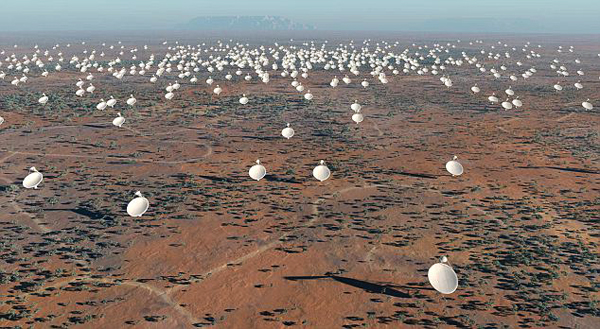 Artistic Impression of SKA dishes
This extremely powerful survey telescope will have millions of antennas to collect radio signals, forming a collection area equivalent to one square kilometre but spanning a huge surface area.
These dishes will be complemented by low and medium frequency aperture arrays, which provide a large field of view and are capable of observing more than one part of the sky at once. 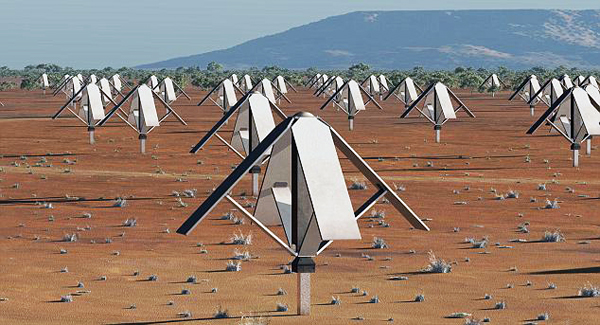 SKA low frequency aperture arrays
The SKA will use a technology for low-frequency array (LOFAR) which serves as a pathfinder telescope for the larger array. The SKA will be 50 times more sensitive than any former radio device and more than 10,000 times faster than today’s instruments.
The SKA is expected to produce a few Exabytes of data per day for a single beam per one square kilometer. After processing this data the expectation is that per year between 300 and 1500 Petabytes of data need to be stored.

Square Kilometer Array
In comparison, the approximately 15 Petabytes produced by the large hadron collider at CERN per year of operation is approximately 10 to 100 times less than the envisioned capacity of SKA.
With its huge area the telescope will show incredibly fine detail in galaxies, help test the theory of relativity by studying exciting and mysterious objects like black holes and allow astronomers to learn more about the early history of the universe.
The scientific community also believe that the SKA represents our best ever chance of finding out if there’s life beyond our solar system.

To do this will require ground-breaking technology. The SKA’s 15m-dishes, which will detect electromagnetic radiation emitted by objects in space, will be the most sensitive ever built – able to detect an airport radar on a planet 50 light years away.
IBM is to investigate using 3D ‘stacks’ of computer chips to achieve the enormous computing power required by the Square Kilometer Array. It will be carried on enough optical fibre cable of such quantity that it could be wrapped twice around the world. 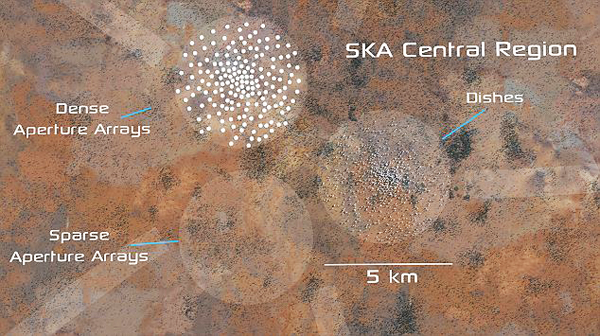 “We have to invent futuristic technology to look into the past,” Ronald Luijten, IBM’s lead researcher on the project in Zurich, Switzerland. “The energy issue is becoming ubiquitous. We need fundamental new technologies to deal with the needs of the future data centers.”
“To detect the signals, you really need a good antenna,” Luitjen said. “It would be the equivalent of 3 million TV antennae dishes.” 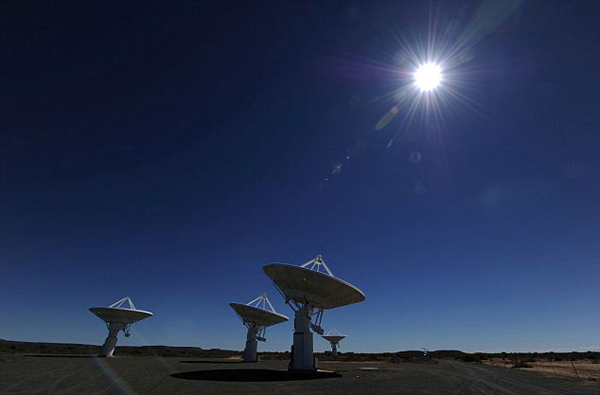 SKA’s Prototype KAT-7 consisting of seven 16-metre dishes is undergoing testing in South Africa’s Karoo desert.
They will also look at novel optical interconnect technologies and nanophotonics to optimize large data transfers as well as high-performance storage systems based on next-generation tape systems and new phase-change memory technologies and with dramatically low power consumption.
The location of the huge telescope which is to be scattered across 1,900 square miles of Earth’s surface is yet to be decided. Australia/New Zealand and South Africa are in the choices, since those regions don’t have a large amount of radio pollution. Construction works will start in 2016. 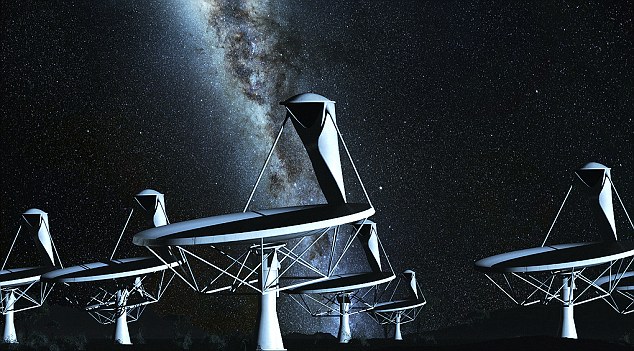 SKA project will provide astronomers with a fantastic new tool which may well revolutionize our understanding of the universe and will eventually have much broader applications beyond radio astronomy research.
Related Items