This article was originally published on April 3, 2012. 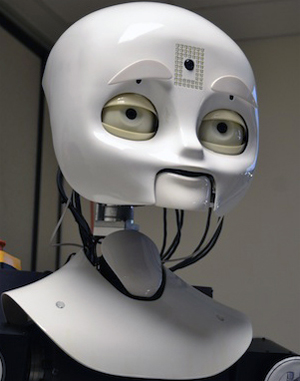 Octavia takes instructions in voice commands and sign language from human handler works with human team mates. It uses infrared camera to see and sense the fire and then extinguishes it. It has a backpack of pressurized air and water. 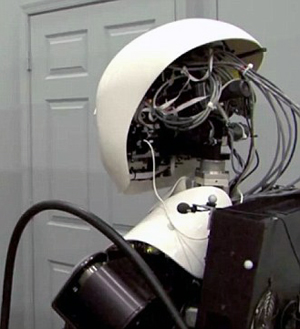 ‘Even in peacetime, fires represent one of the greatest risks to the U.S. Naval Fleet,’ says the U.S. Navy’s Naval Research Laboratory (NRL). Octavia is built to work with a human team-mate and is built to recognize trusted individuals and take command from those.
Here, the human partner is telling Octavia the general location of the fire before she enters the compartment. 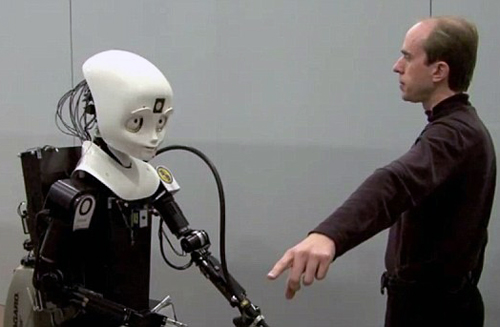 In the video, the robot recognizes and takes commands from a team-mate, responding to both gestures and voice commands.
Using two infrared cameras, Octavia is able to localize the fire, allowing her to target it with the compressed air/water backpack. 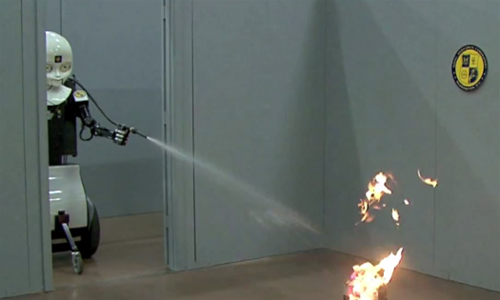 The Navy says the robot is built for ‘shoulder-to-shoulder’ damage control and admits that the robot still needs some fine tuning. ‘Ongoing work is focused on improving the naturalness of the interactions so that the human partners can interact with the robot as if it were another human teammate,’ says the Navy. 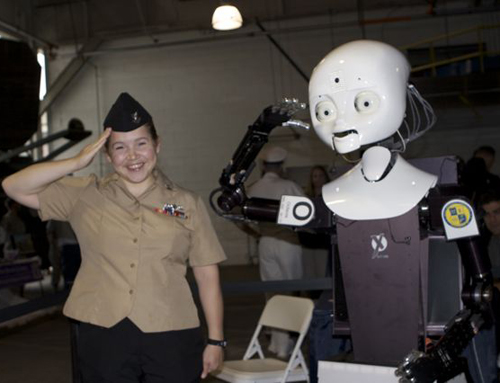 Additional work is focused on recognizing and characterizing the type and behavior of the fire so that proper extinguishing techniques can be used. 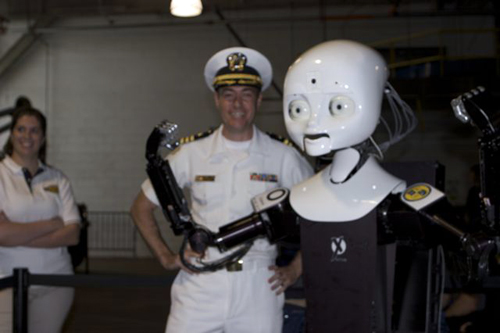 Octavia knows no fear. She makes it possible the combined work of humans and robots could save hearts and homes. 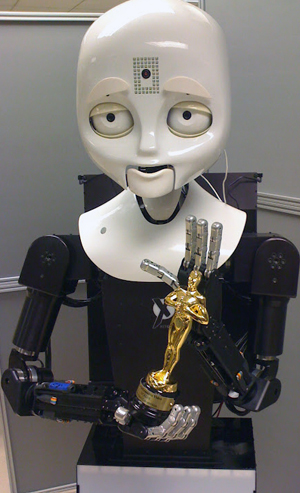 Firemen never die, they just burn forever in the hearts of the people whose lives they saved. 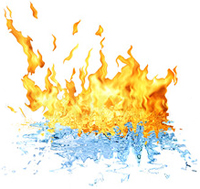