This article was originally published on August 17, 2012. 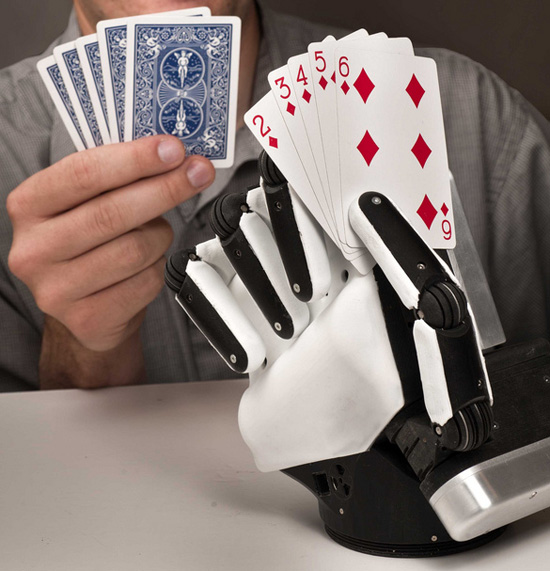 This could prove to be an effective life saving tool for military soldiers.The supply of robotic hand is limited due to its high cost. The robotic hand costs more than $250,000. The robotic hand project hand was funded by DARPA (Defence and Research Projects Agency).
In the Sandia Hand, various types of fingers and tools like flashlights, screw drivers and cameras can be connected easily with magnets and fixed in hand frame. The Sandia had robot has 12 degrees of freedom.

According to Principal investigator Curt Salisbury, hands are the most difficult part of any robotic system and least available due to the need for high dexterity and low cost.
They are designed in such away that those fingers can fall off if crashed on any object. If any finger falls down, it can be picked up and attached in its place with the help of other fingers.
Even a new user can easily control the robot with a glove. The robotic hand is covered with gel like layer to make it look like a human hand and to provide a soft hand on grabbing things. 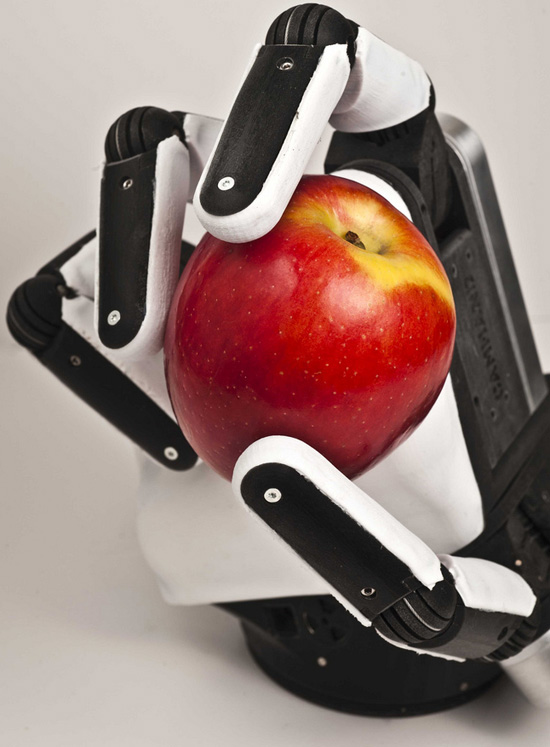 Sandia along with researchers from Stanford University are working with a consulting firm LUNAR to bring down the cost of the robot. A software to for the hand robot is under development which is also funded by DARPA.
Credits: Sandia National Laboratories, DARPA
Related Items