This article was originally published on September 11, 2012.

Biological robots prove to be more efficient than electronic robots. A team of Scientists from iBionics laboratory at North Carolina State University used a cockroaches to build a robotic insect instead of building robotic insects controlled by software. 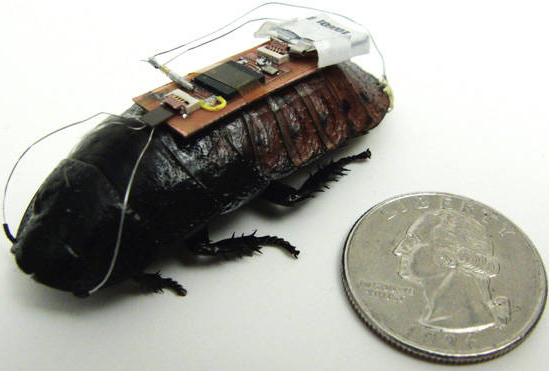 Previously we have seen Meshworm, a robot inspired by movements of earthworm but it is not a biobot but an electrical robot.

Now scientists have successfully created a microchip to control the motion of a cockroach by simulating it to induce movements with the help of its nerve endings.

Bozkurt and his team also successfully used electronics to control the direction and speed of flight in hawk months. 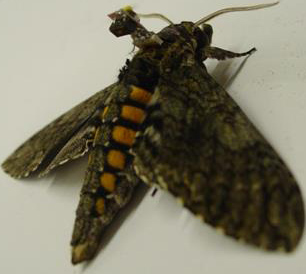 They have chosen the flightless Madagascar hissing cockroach due to its suitable size (5 to 7cm) and having a lifespan of two years. They attached a Texas Instruments CC2530 SoC (System on Chip) and battery weighing 0.5 grams on its back.
Two electrodes were fused with cockroach’s antenna stumps which helps in steering the cockroach by simulating to make it think that it has an obstacle on its path. This induces the cockroach to change its course.
Two other sensors were connected to its sensory organs on the side of its body to simulate the approach of a predator and thus making it move forward.
A wireless connection is added to control the movements of the cockroach. The video shows the cockroach’s controlled movements on a curved path.
Cockroaches are selected for its ability to move through small gaps and ease of control. Scientists hope that these controlled cockroaches could help collect and send information, help in finding survivors after an earth quake and for spy purposes.
These electrically controlled insects are cost effective but the use of these insects in lab might be opposed in future by animal right activists.