This article was originally published on August 15, 2012.

A new interactive splash display has been innovated by researchers headed by Yasushi Matoba, a PhD candidate in human-computer interaction from the University of Electro-Communicatuions, Japan. 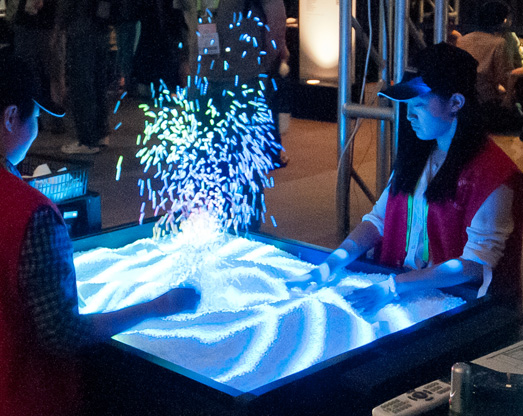 The different thing about SplashDisplay is that it uses projectile beads on the table to create a real time volumetric display system. The projectile beads are launched into the air to make an explosion like effect and the image is in the Z-axis in 3D display. 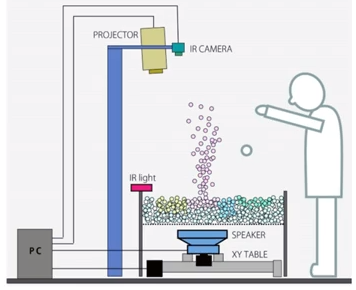 When the beads are not disturbed, the system will show a stationary screen. When the beads are in air, a light is projected from the top and front that helps to illuminate the beads as they fall on the screen.
The projectile beads are launched into air with a blow from the speaker and splash effect using a motor used in car windows. Yasushi Matoba desicribed his interest to show images in air medium leading to the creation of SplashDisplay. 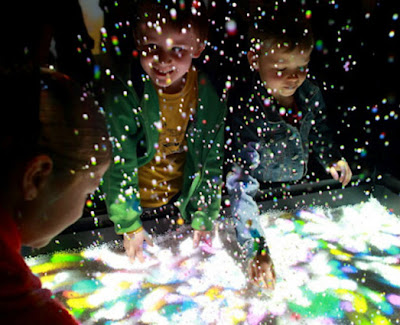 The prototype of the SplashDisplay was displayed at the SIGGRAPH 2012 (39th International Conference and Exhibition on Computer Graphics and Interactive Techniques) in Los Angeles.
The video describes the working of Splash Display and its configuration.