This article was originally published on September 19, 2012. 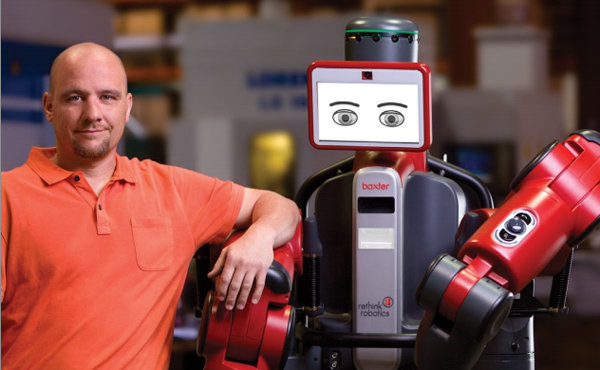 Rethink Robotics, a new robotics company specializes in creating manufacturing robots for industries. They innovated a new manufacturing robot named Baxter. It is designed to perform a variety of manufacturing tasks and learns itself to adapt to various working environments.
Baxter can do material handling, place or move parts from fixed surfaces and conveyors, check weight and shape of various parts, packing and unpacking, assembly of light parts and finishing operations. Baxter displays its face on its small screen.
It has a 360° sonar and 5 built in cameras to detect the humans and machine parts. The controls on the arm helps in interfacing with the robot. As you see in the video, the robot visually identifies the object and picks it with great accuracy and place them on the conveyor.

Baxter’s arm has 7 degrees of freedom with an arm speed of 1m/sec. Each arm can lift 5lb payload. It can perform 8 – 12 pick and place operations per minute. 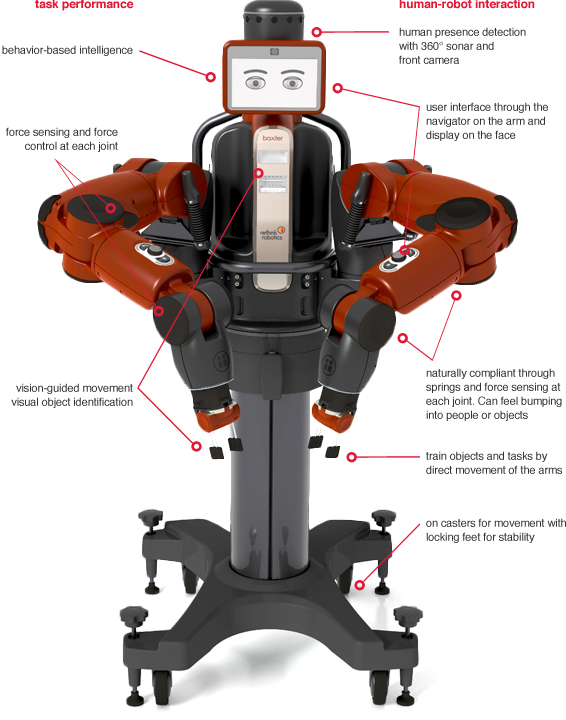 It comes with all required hardware and software and can be trained easily. It can be trained to do different tasks without the use of new software or hardware. Baxter can be taught via graphical user interface and by moving the robot arms to do the right task. 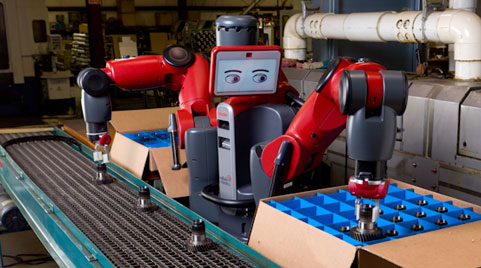 Baxter’s performance and operations can be increased with software updates by Rethink Robotics. Software Development Kit will be provided by Rethink Robotics in 2013, that will allow customers to develop applications for more tasks. 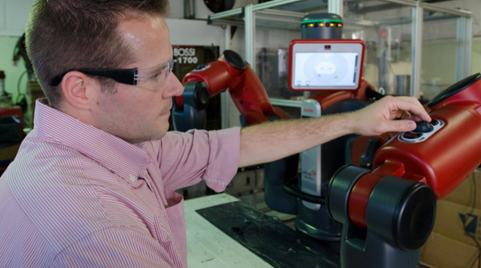 Baxter’s active and passive safety systems allows it to work safely along with humans in an industrial environment. Baxter is a low price robot and is ready to take on your job.
Credits: Rethink Robotics
Related Items