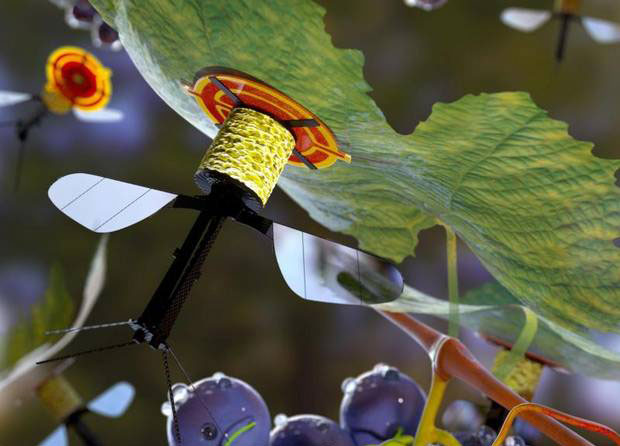 This article was originally published on May 24, 2016.

The RoboBee, a robot inspired by a bee, developed at the Harvard Microrobotics Lab, weighs less than four-thousandths of an ounce can incredibly fly and stick under many surfaces like leaves, buildings, and wires.

It weighs only 100mg which is similar to the weight of a real bee. RoboBee uses composite microstructures and piezoelectric materials that can convert electricity into mechanical stress to flap its miniature wings. It sports a carbon fiber body frame, foam, electrode patch, and a 3-centimeter wing frame.

Researchers added thin plastic hinges into its carbon fiber body to act as wing joints. They have developed a wireless control system to remotely control the flapping of its wings. Its foam cushion absorbs shock and helps in landing back safely without bouncing.

How RoboBee can fly, and perch on surfaces? 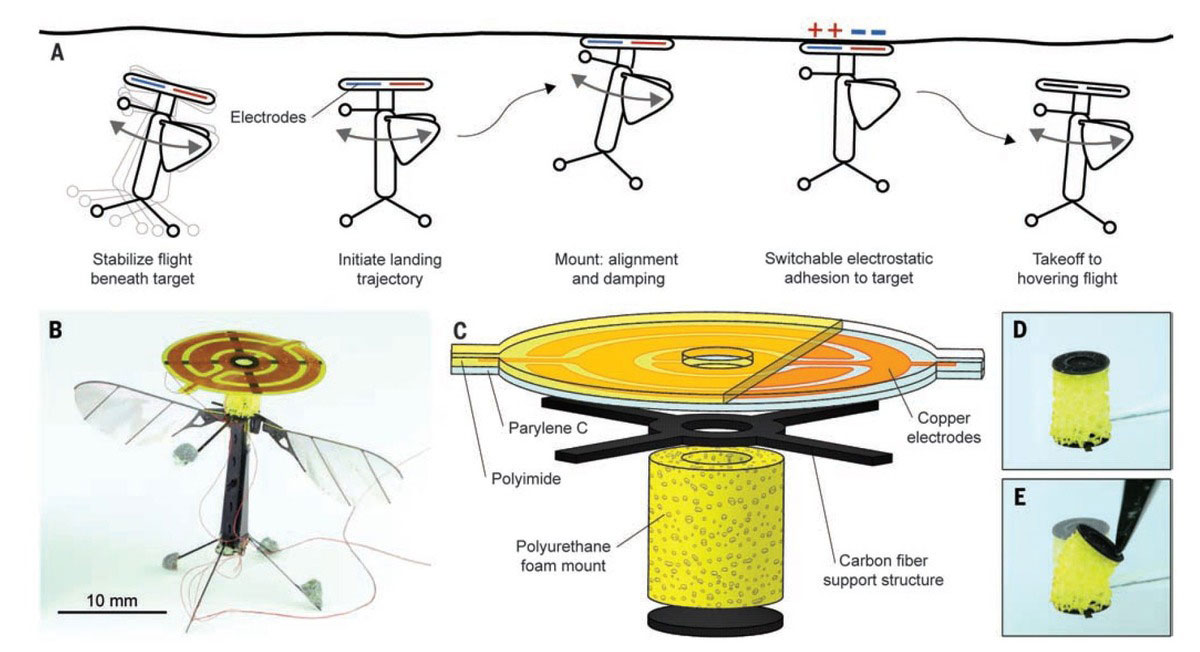 Perching on structures is a biologically inspired action that requires the use of specific materials and adhesives to stick to surfaces. Recently, researchers have made the breakthrough by making the robot perch on surfaces using a switchable electrostatic adhesion.

It allows for controlled perching and detachment on different types of surfaces. By perching using static electricity,  only less power is utilized to sustain the flight.

Micro air vehicles (MAVs) that can fly and perch on surfaces for a prolonged period of time will be very useful in many applications like obtaining a bird’s eye view of disaster areas, detecting dangerous chemicals and biological materials, enabling a secure signal transmission in wireless communication networks.

Researchers are currently involved in designing on-board custom circuits and power sources for RoboBee. It could one day perform dangerous missions which are risky to human lives.

Source: 20 May issue of Science journal.

← Previous Story Airbus recently patented the world’s fastest hybrid helicopter
Next Story → Who is best at solving problems, an engineer or a scientist?