This article was originally published on April 4, 2012.

A Dutch company combined the elements of car and helicopter into one amazingly expensive prototype flying car. This vehicle named PAL-V (Personal Air and Land Vehicle) has two seats, three wheels and has an aerodynamic tilting towards the front corner. It is slim, light and uses a rotor instead of fixed aerodynamic wings.

The PAL-V is designed to combine the handling of a motorbike with a mechanical-hydraulic dynamic tilting mechanism, automatically adjusting the tilt angle of the vehicle while cornering. 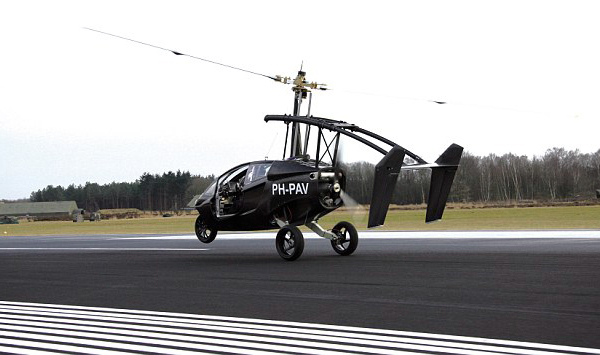 It is powered by a 160kW flight certified gasoline engine and has a top speed of 180 km/h(112mph) both in air and land. To convert from automobile to airplane, the vehicle’s engine must be stopped. 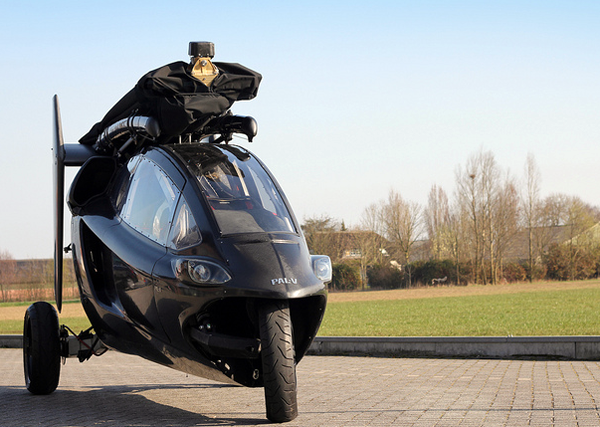 Bio-diesel and bio-ethanol version engines are for production in future that can accelerate the vehicle from 0-100 km/h (62 mph) in under eight seconds. Flying a PAL-V is like a standard gyrocopter. It is quieter than helicopters and quadcopters due to the slower rotation of the main rotor. 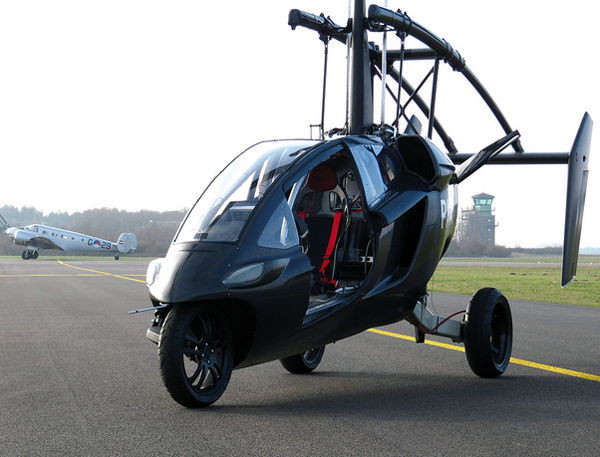 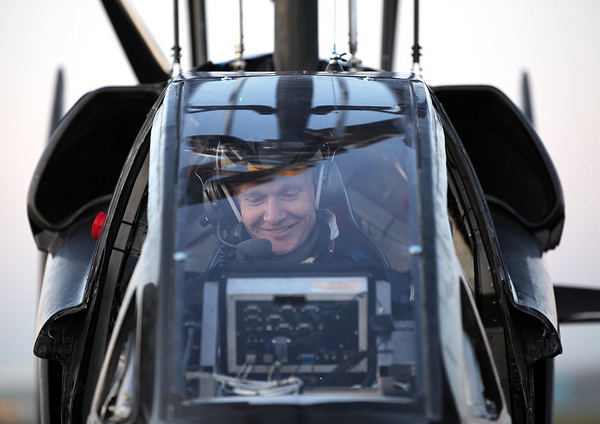 Before takeoff, the tail is extended and the rotor unfolded in a process that takes less than 10 minutes. Upon starting the engine the foldable push propeller emerges from the rear of the cabin to provide the forward thrust. To go from aircraft to automobile, the process is simply reversed.
The company PAL-V Europe has been busy in the past seven years having finalized the design concept in 2008 and testing a driving prototype in 2009. Although the finished vehicle looks slightly different to the computer renderings available in 2004, the design remains pretty much the same. 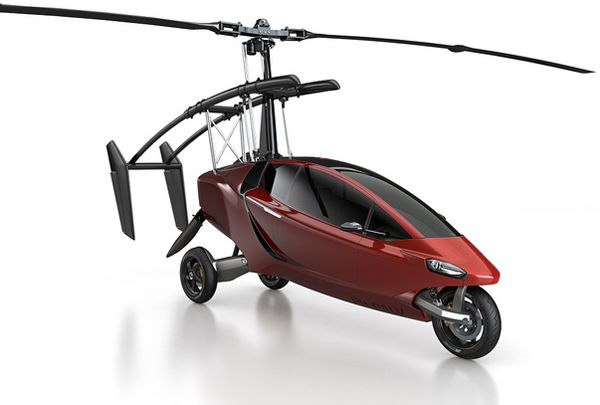 When airborne, the PAL-V usually flies below 4,000 feet (1,200 m), the airspace available for uncontrolled Visual Flight Rules (VFR) traffic; so there will be no interference from commercial air traffic. It can take off in many countries without filing a flight plan.
The company points out that governments in the U.S. and Europe are examining the development of “digital freeways” that use GPS technology to provide a safe corridor for such vehicles. 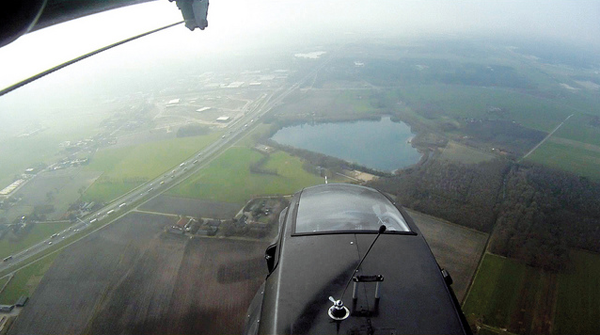 PAL-V’s main rotor has a slower rotation than a helicopter making it quieter and giving it the ability to take off and land at lower speeds. The company says it is also easier to control and cannot stall and even if the engine fails, it can be steered and landed safely as the rotor keeps auto rotating.
The prototype will, its creators claim, be legal on the ground and in the air, according to existing international laws. The main power actually comes from the rotors behind the vehicle. 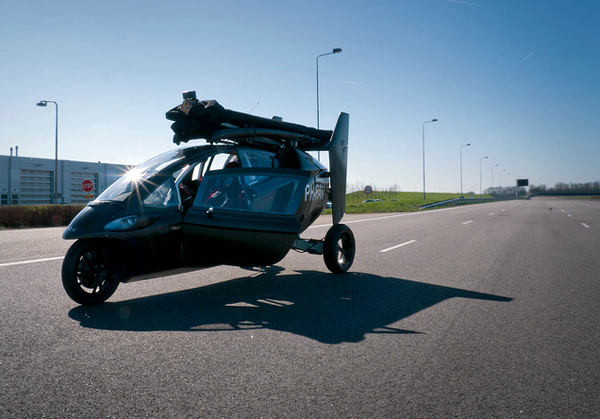 The PAL-V ONE has a very short take off and landing capability making it possible to land practically anywhere. Once the engine stops, the propeller folds itself automatically into the driving position. Pushing a button then lowers the rotor mast into the horizontal position.
It takes off and lands with low speed, cannot stall, and is easy to control. The gyroplane technology means that it can be steered and landed safely even if the engine fails, because the rotor keeps auto rotating. 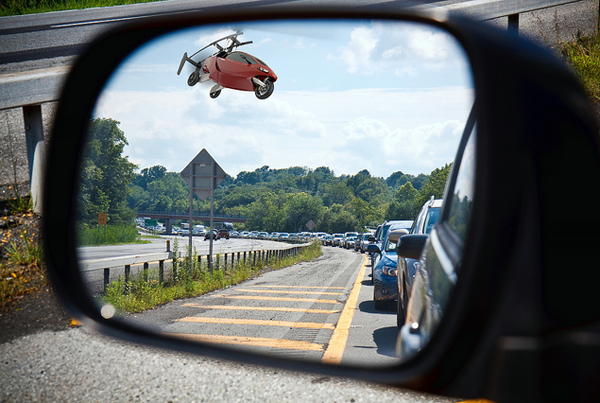 The military as well as emergency services might be able to find good use for it apart from commercial sales. So far, a handful of successful test flights have been conducted and the Dutch company hopes to rope in investors to take bring the PAL-V past the finish line and roll off factories in due time.
Related Items