This article was originally published on September 14, 2012.

Since its thrilling landing on Mars on August 26 (2012), Curiosity rover has been sending amazing images from the Martian surface. 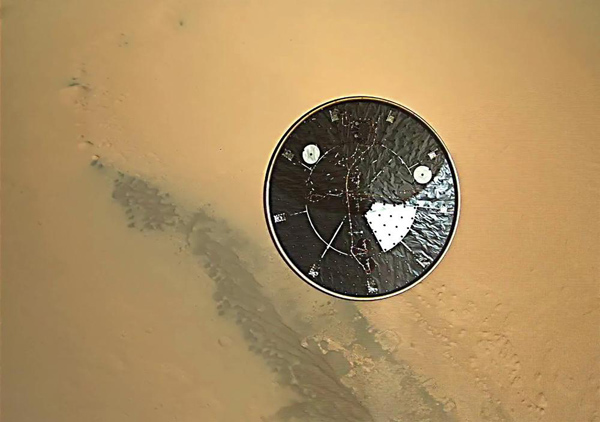 The Mars Descent Imager (MARDI) is fixed-focus color camera on the fore-port-side of the rover. Its optical axis points towards +Z direction (i.e) towards the Martian ground. 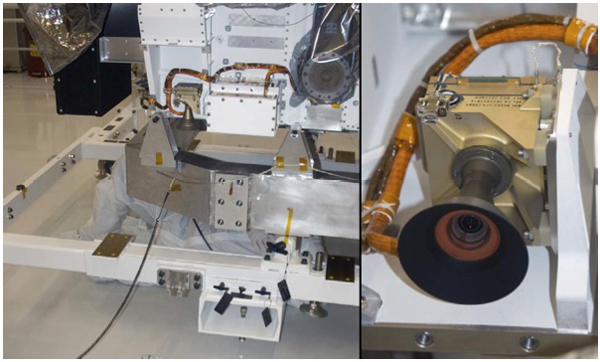 Camera takes 1600 x 1200 pixel images at 5fps during the time between separation of heat shields and touchdown.
A video showing the descent of Curiosity to the surface of Mars is made using high resolution images taken by the Mars Descent Imager (MARDI) during the descent.
The video is color corrected with smooth motion and interpolated from 4 fps (frames per second) to 30 fps. The video plays at real time to show the descending speed of Curiosity.
HiRise camera took this image of Curiosity rover making a parachute landing. 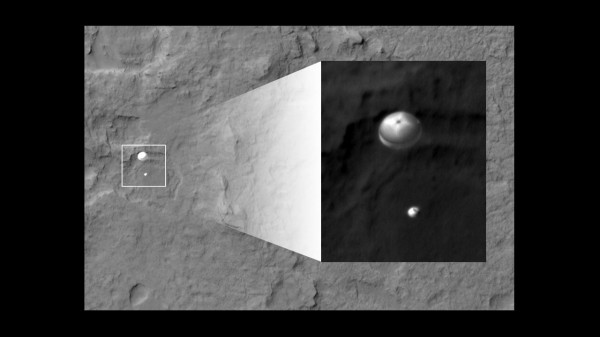