This article was originally published on March 29, 2012.

A tiny ion powered satellite thruster which can journey to the Moon on just one tenth of a litre of fuel could usher in a new low-cost space age. The mini-motor weights just a few hundred grams and runs on an ionic chemical compound, using electricity to expel ions and generate thrust. The thruster will make its debut on a satellite that will clean up space debris. 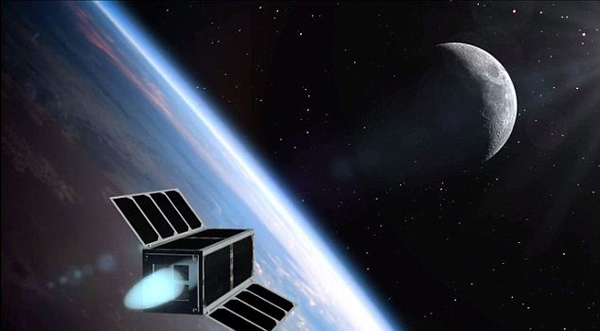 The tiny motor isn’t built to blast satellites into orbit instead it’s to help spacecraft maneuver once they are in space which previously required bulky expensive engines. The Micro-Thrust motor will allow satellites to shift direction while orbiting at 25,000mph. 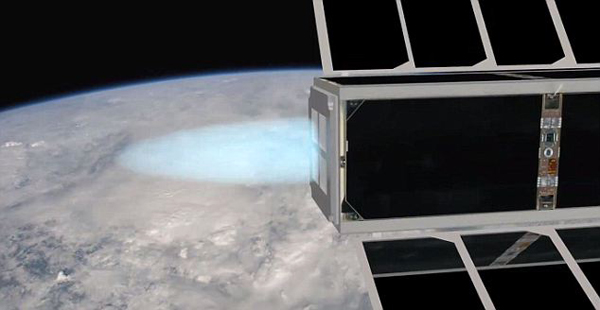 The first prototype is set to be unveiled by EPFL laboratories and the scientists hope it could ‘usher in a new era of low-cost space exploration’. Tiny satellites are much cheaper than their bigger brothers, but currently lack an effective propulsion system. But EPFL hopes its MicroThrust motor, which will allow satellites to shift direction in their orbit speed of 40,000 kph, could be the answer. 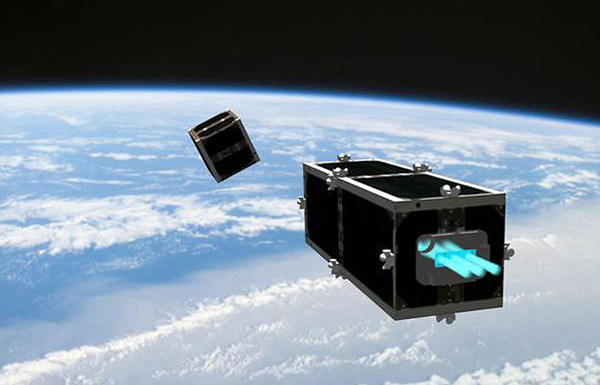 Herbert Shea, of EPFL, said: ‘At the moment, nanosatellites are stuck in their orbits. Our goal is to set them free.’ EPFL scientist Muriel Richard added: ‘We calculated that in order to reach lunar orbit, a 1-kg nanosatellite with our motor would travel for about six months and consume 100 millilitres of fuel.’

It is due to be used on CleanSpace One, a satellite under development at EPFL that is intended to clean up space debris. The satellite will ‘grab’ lumps of orbiting debris and throw them back into Earth’s atmosphere, where they will burn up on re-entry. 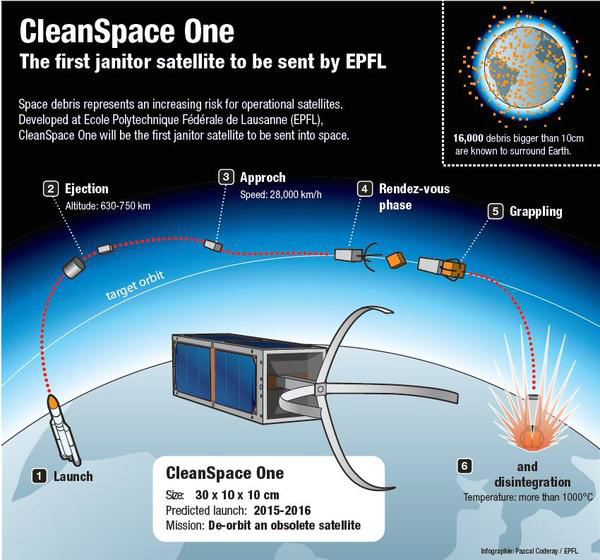 The 10-million-franc – $11-million satellite – called CleanSpace One is being built by the Swiss Space Center at the Swiss Federal Institute for Technology in Lausanne.
After its launch, the cleanup satellite will have to adjust its trajectory in order to match its target’s orbital plane. To do this, it could use a new kind of ultra-compact motor designed for space applications that is being developed in EPFL laboratories. 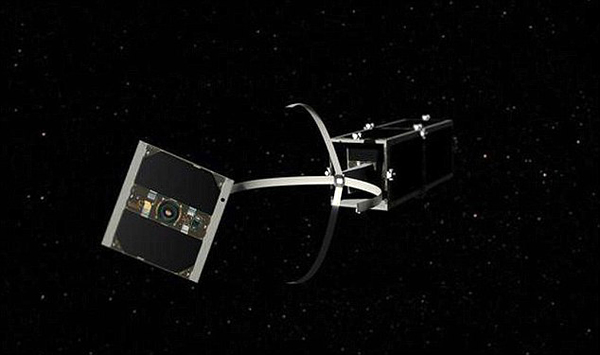 When it gets within range of its target, which will be traveling at an altitude of 630-750 km, CleanSpace One will grab and stabilize it – a mission that’s extremely dicey at these high speeds, particularly if the satellite is rotating. To accomplish the task, scientists are planning to develop a gripping mechanism inspired from a plant or animal example.
Finally, once it’s coupled with the satellite, CleanSpace One will “de-orbit” the unwanted satellite by heading back into the Earth’s atmosphere, where the two satellites will burn upon re-entry. 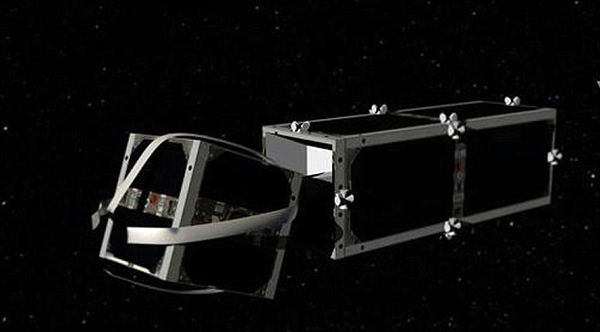 CleanSpace One closes in on a discarded ‘Cubesat’ satellite in an illustration released this week. CleanSpace one ‘grabs on’ to its prey. The scientists aim to launch the satellite within three to five years.
Related Items