Jetman in jet suit takes off

This article was originally published on April 23, 2012.

The world’s first jet-powered man jumped off a helicopter with his rigid wing jet suit equipped with four jet engines. Adjusting his trajectory and altitude by his body movements alone, he then performed aerobatic figures above the Swiss Alps in the company of two L-39C Albatros planes from the Breitling Jet Team. 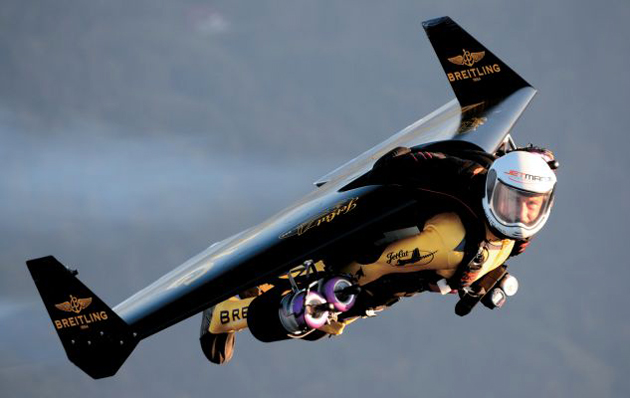 The pilot is aged over fifty, and the wing suit, weighing 55kg and with a wing span of six feet looks like a film prop – but when Yves Rossy launches into the skies, it looks like magic made real. A new test flight saw the 52-year-old former fighter pilot soar dive and loop over the Swiss Alps. 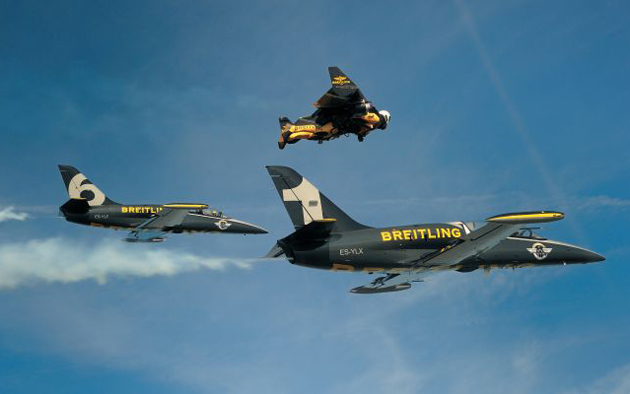 ‘The ultimate dream of flight soaring through the air, not within a heavy and complicated machine but with only one’s body – it’s a dream everybody had at least once in their life,’ says Rossy. 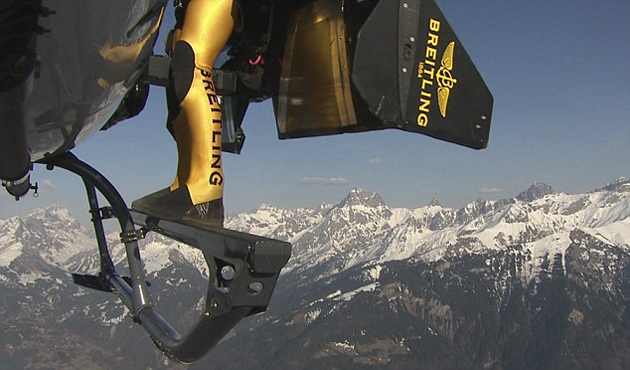 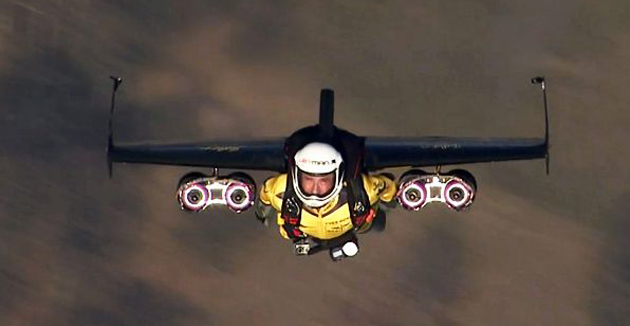 The test flight shows Rossy performing dangerous stunts such as loop-the-loops over the Alps. He became the first man in history to fly with a jet-propelled wing in November 2006. 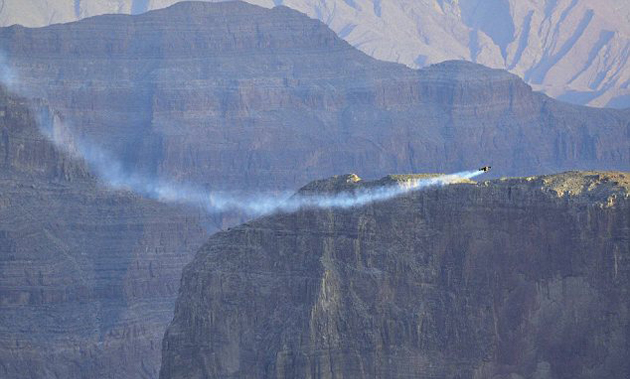 Swiss pilot Yves Rossy also known as Jetman, soars through the sky with the help of a custom-built, jet-propelled wing strapped to his back. He has also previously soared over the Grand Canyon for eight minutes, and over the English Channel, in 13 minutes. 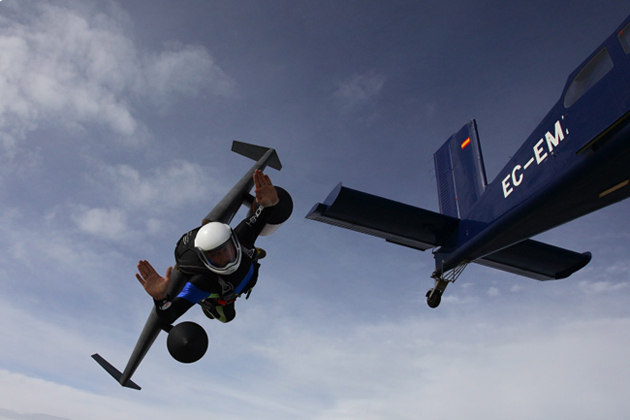 All he has is an altimeter for safety, and a tiny throttle control in his hand. The jet is built with model jet turbines – Rossy started with two, then moved up to four for full three-dimensional flight.

With the aid of gravity- such as when he plunged from a hot air balloon – he can reach speeds of 195mph. The wing suit took 10 years of development and more than 15 prototypes. The image shows tiny figure of Rossy hurtles over the landscape.