This article was originally published on April 17, 2012.

ExactTrak Ltd, a data protection company along with Fujitsu has created a spy memory stick that can be tracked by GPS if it becomes separated from its owner and it is capable self-destructing by itself using remote control.

The memory stick, called Security Guardian, is slightly larger than your normal USB device and includes an encrypted memory chip and a SIM card, which means that it can be tracked by GPS and GSM triangulation.
If sensitive information is on board the stick when it is misplaced or stolen, the owner has a variety of ways of disabling or destroying information so that it cannot be viewed or shared.

Owners can sign in to their account and block files and information. Alternatively, they can text a specific code to the stick itself, which will disable the device or lock the files within.
And, if all else fails, users can send a high-voltage charge directly into the stick, melting the internal chip and erasing everything contained on it. 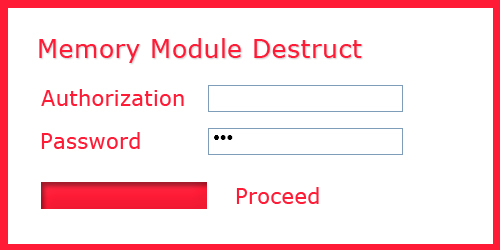 This killer bolt can be delivered without an internet connection regardless of whether the device is connected to a computer or not.
ExactTrak says: ‘Location monitoring and data security services can be delivered either via secure access to our monitoring platform, hosted on the Fujitsu Global Cloud Platform, or can be located within your organisation behind your own firewall.’

The growing interest in data protection follows a number of high-profile cases where sensitive Government information was left on public transport. In their sales pitch, ExactTrak claims that 65 per cent of recorded data losses are due to laptops and USB memory devices that go missing.
A 2008 report found that more than 3,200 laptops and mobile phones containing sensitive information had been lost or stolen from government departments.

ExactTrak is currently working with Government and corporate clients, developing a range of products that provide mobile data security and asset recovery. It is available for a fee of £25 a month.