This article was originally published on April 26, 2012.

A strange gigantic object flying near the sun looks more like a huge, metallic ‘spaceship‘ similar to those we see in Hollywood blockbusters. Alien spacecraft Observers pointed out that the ‘jointed’ arms of the object near the sun are very similar to fictional interstellar craft. 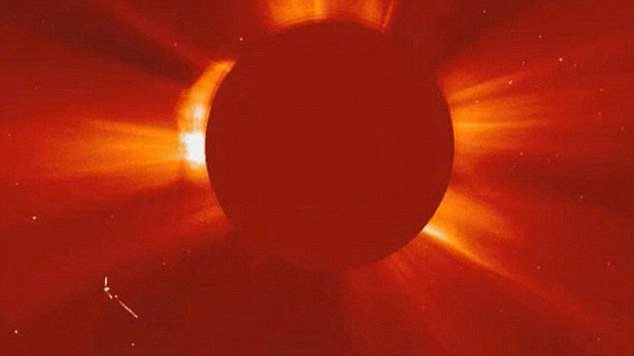 The picture released by NASA‘s sun-watching Solar and Heliospheric Observatory, known as SOHO become a hit over the internet and among the UFO lovers.
The unidentified flying object, which bears no resemblance to anything ever spotted near the Sun, somehow manages to withstand the blazing heat thrown off by solar flare activity and the incredibly high temperatures emanating from nuclear fusion generated on the surface of the star. 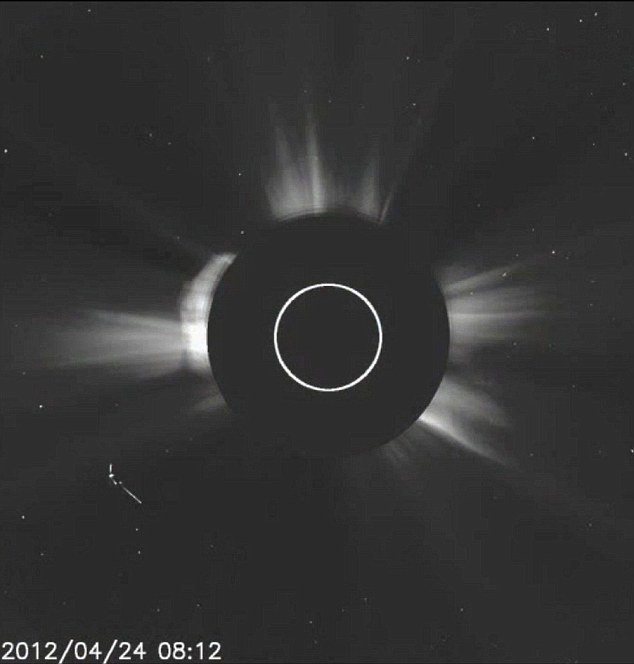 SOHO launched on December 2, 1995, is a satellite built to study the Sun from its deep core to the outer corona and the solar wind.
The twelve instruments on board SOHO communicate with large radio dishes around the world which form NASA’s Deep Space Network are used for data and commanding.
The video shows what looks like a metallic, jointed spaceship with a gigantic extension, perhaps a boom arm, anchored off its lower end. 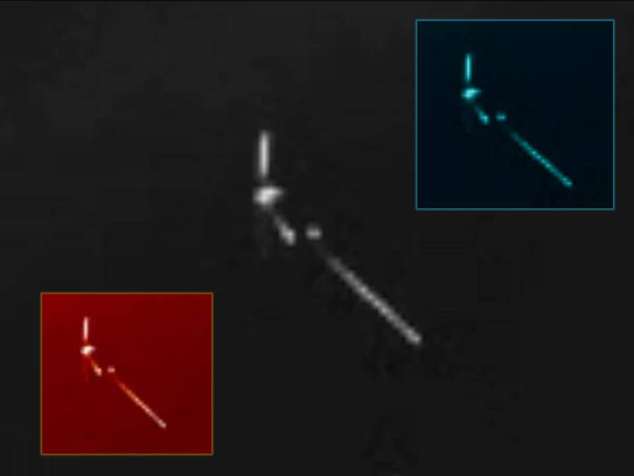 An enlargement of the object makes the enormously large UFO look like a ship straight out of a Hollywood movie. Some others are more skeptical, claiming such artifacts are often the product of distortion hitting SOHO’s sensors.
‘There is no way this object is merely vapour, as the shape of it is rigidly straight and grooved and appears to be manufactured in some way,’ says the UFO fan site. ‘Also, there seems to be some intelligent design involved. It’s beyond human engineering to create.’
Also read:
– Space Navigation System For Spaceships
– New Satellite Thrusters
– Into The Mysterious Science
Related Items