This article was originally published on January 15, 2013. 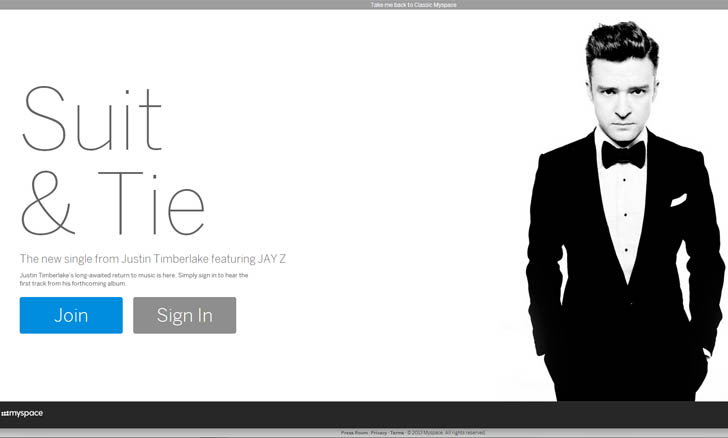 Most of us have already used Myspace before, but the new Myspace is far different than the classic one. Since its launch in August 2003, Myspace became the most visited social networking site in the world in 2006. Then Myspace was overtaken by Facebook in 2008.

Myspace has faced a downfall in the number of users in recent years. But now Myspace is slowly getting back on track with its new interface. I have been a Myspace user since 2006. But when I came across this new Myspace, I was nearly impressed by its innovative interface. 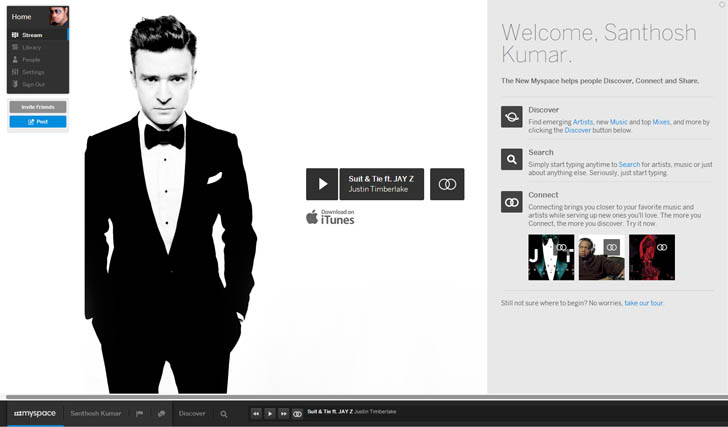 After logging in, it took a few seconds to load the homepage. At my first visit, the homepage looked like a music player with a play button waiting for my command to stream Justin Timberlake’s new album. The homepage I landed after logging in was the streaming page.

On the top right corner, a menu displays Stream, Library, People, Settings, Sign out. The new interface makes it easier to discover, search and connect with your favorite artists and music albums. 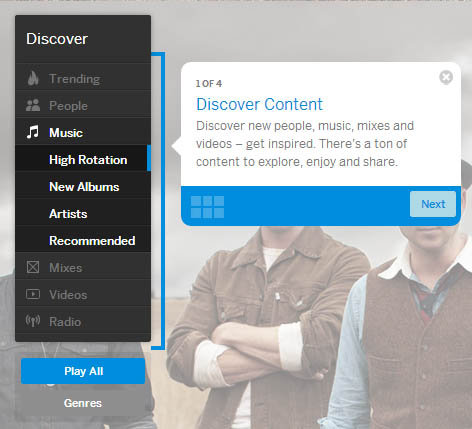 At the bottom of the page, you will find an expandable music player to add songs to the playlists, listen to the radio, notifications, message, search and navigate through the site.

Horizontal scrolling is one of the new feature making it easier to navigate the webpages with your track pad, scroll wheel or the scroll bar at the bottom of the site.

Similar to facebook, Google+, Twitter etc, Myspace allows you to add your own cover image for your profile page. You can connect with your friends, upload photos, display your location, share music from Myspace and lots more. 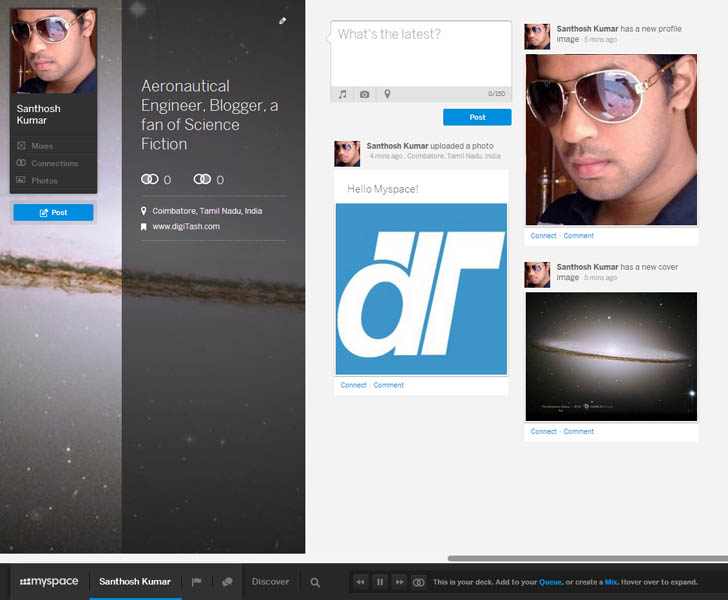 Discovering new albums and news about your favorite artists now made easy with the new Myspace. The new Myspace is attracting more music fans and getting back its active users. So try out the new Myspace and do share your experience in the comment box below.

Related posts:
– Google News for Tablets gets a New Interface
– Rise and Support For Internet Freedom | A Free and Open Web
– Alto Mail by AOL | Overview