The geometry of the fourth dimension and the space-time 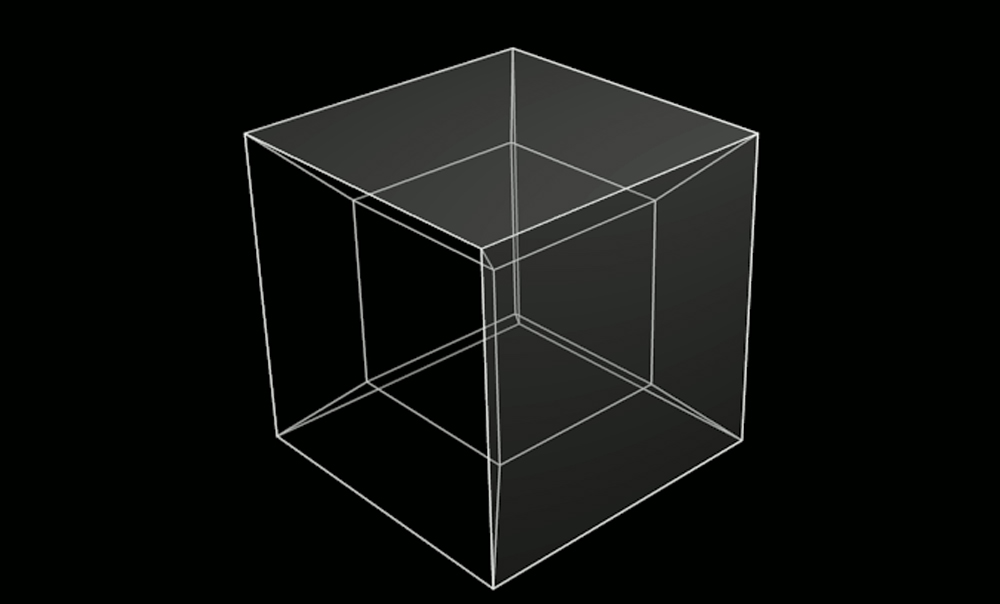 This article was originally published on July 15, 2018.

In Physics, a dimension can be defined as the magnitude of something in a particular direction. Everything that surrounds us is made up of three dimensions.

These are known as three-dimensional or 3D objects. Before we look into the fourth dimension, first we need to understand the first three dimensions.

Next, from this dot, let’s draw a straight line along the x-axis. Now, we can measure the length of this line. So, we can say that this line has only one dimension. This is called a one-dimensional object or 1D.

Next, from this square, draw lines along the z-axis and convert this into a cube. Now, we can measure not only its length and width but also its height. As we can measure its length, width, and height, now we can say that this cube has three dimensions. These are called three-dimensional or 3D objects.

Similarly, objects that we see around us have length, width, and height making them three-dimensional.

The fourth dimension and the space-time continuum

In 1905, Albert Einstein published his Special theory of relativity which considers time as the fourth dimension.

Let’s take a look at the cube again. As long as the cube is stationery, we can pinpoint its position along x,y and z-axis.

But, what if this cube starts moving? How can we pinpoint its exact position?

In order to say the position of this moving object, Einstein introduced a dimension called “Time” into this 3D space.

You may wonder how can “Time” be a dimension? For something to be a dimension, it must have a direction and a magnitude. Similarly, time can be measured (ex: seconds).

And, time always flows in the forward direction. So, Einstein considered time as the fourth dimension. Now, with the help of time, we can pinpoint the exact location of this moving cube. 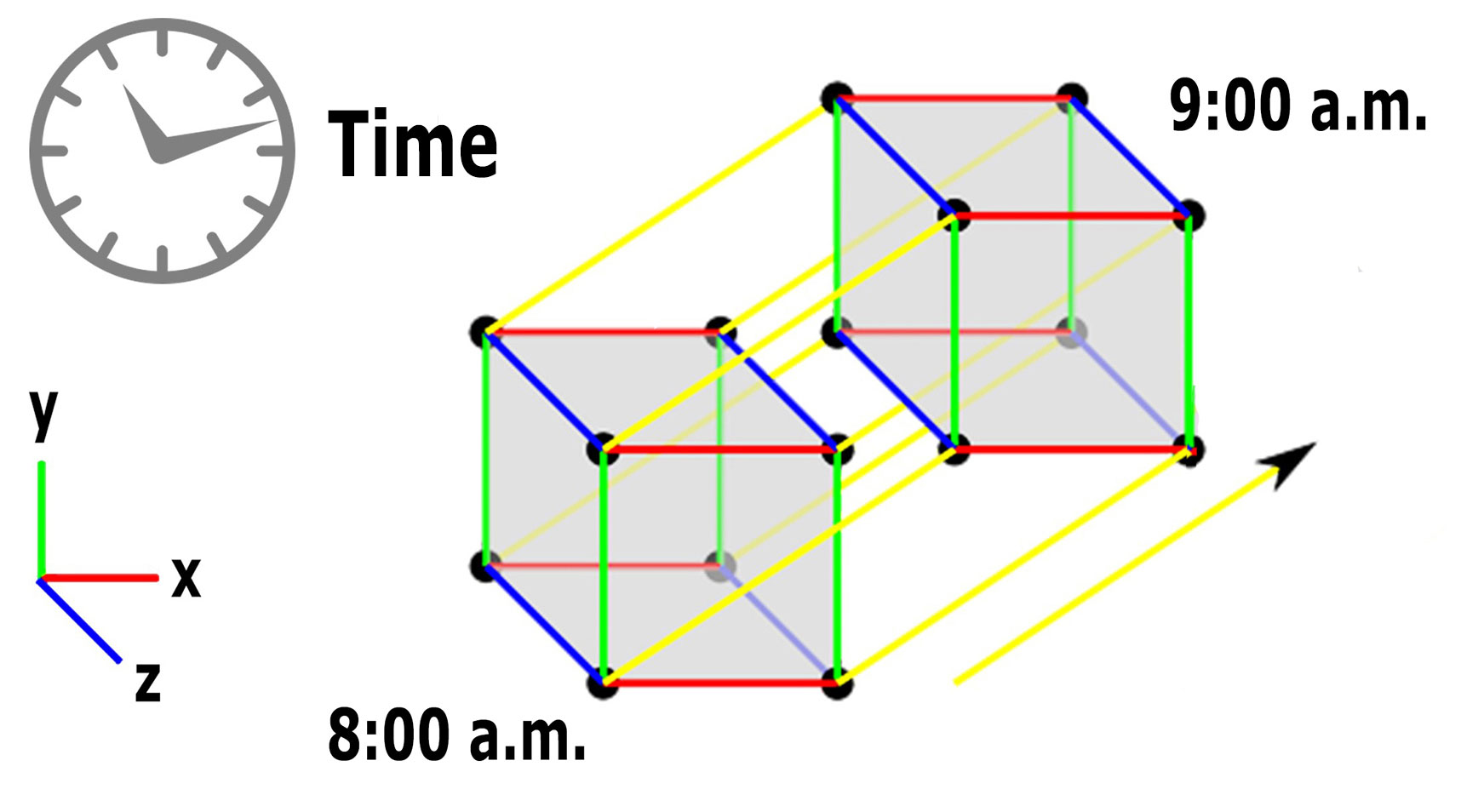 Time as the fourth dimension.

For example, we can say that at 8:00 am this cube was at a particular downward position (x,y,z) and at 9:00 am it was at an upward location (x,y,z) with the help of time.

The geometry of the fourth dimension 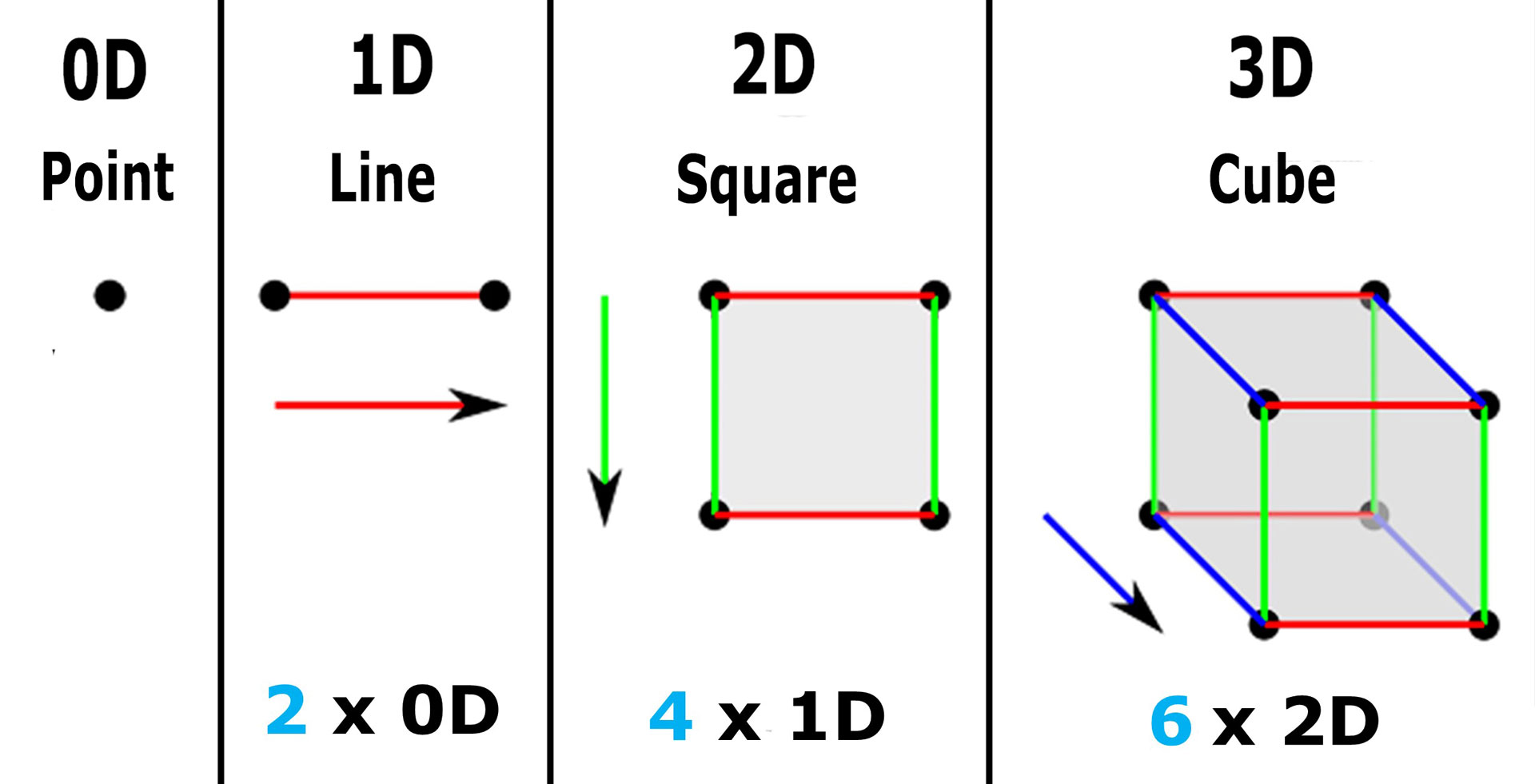 Let’s come back to the dot. We know that a dot has no dimensions.

The square that we drew from this line has lines on all of its 4 sides.

The cube that we drew from this square has squares on all of its 6 sides.

If we follow the same order, then the fourth dimension should have 8 cubes.

The fourth dimension should have 8 three dimensions. If we draw according to this, this is the shape of the 4th dimension. 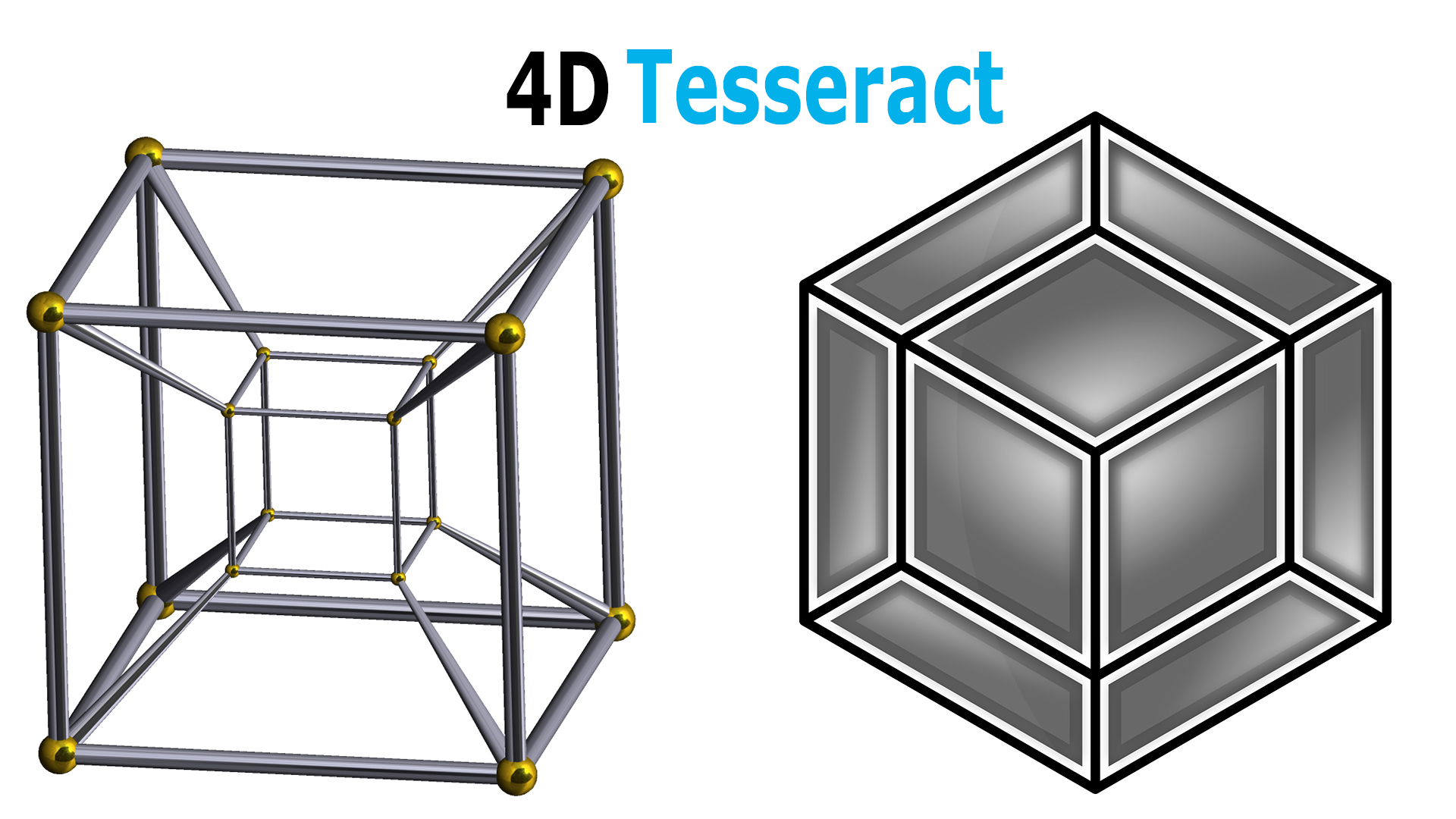 This shape is known as Tesseract. A Tesseract has 8 cubes in it. In geometry, as we increase the number of dimensions, their shapes will get more and more complicated to understand using our eyes. 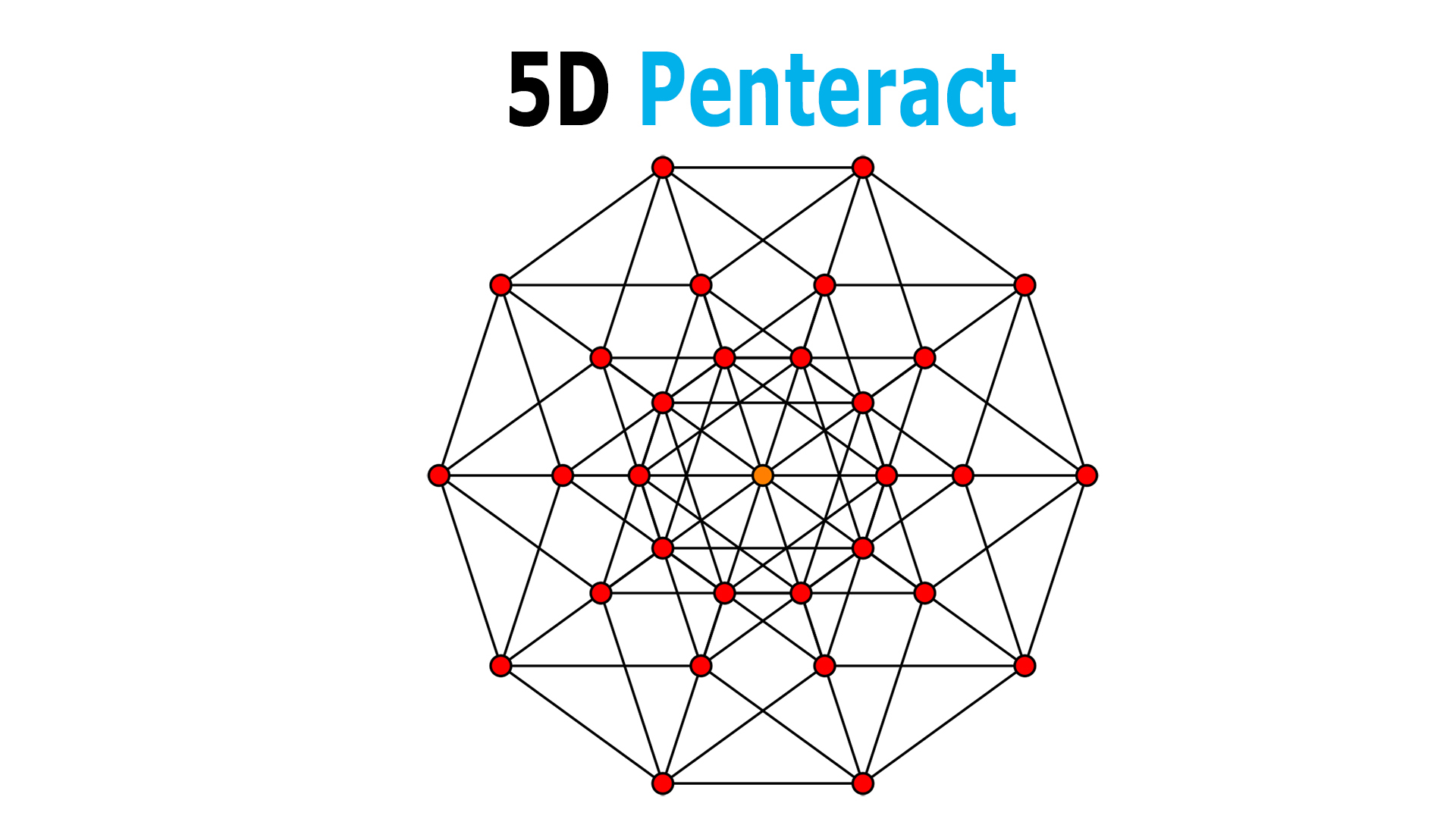 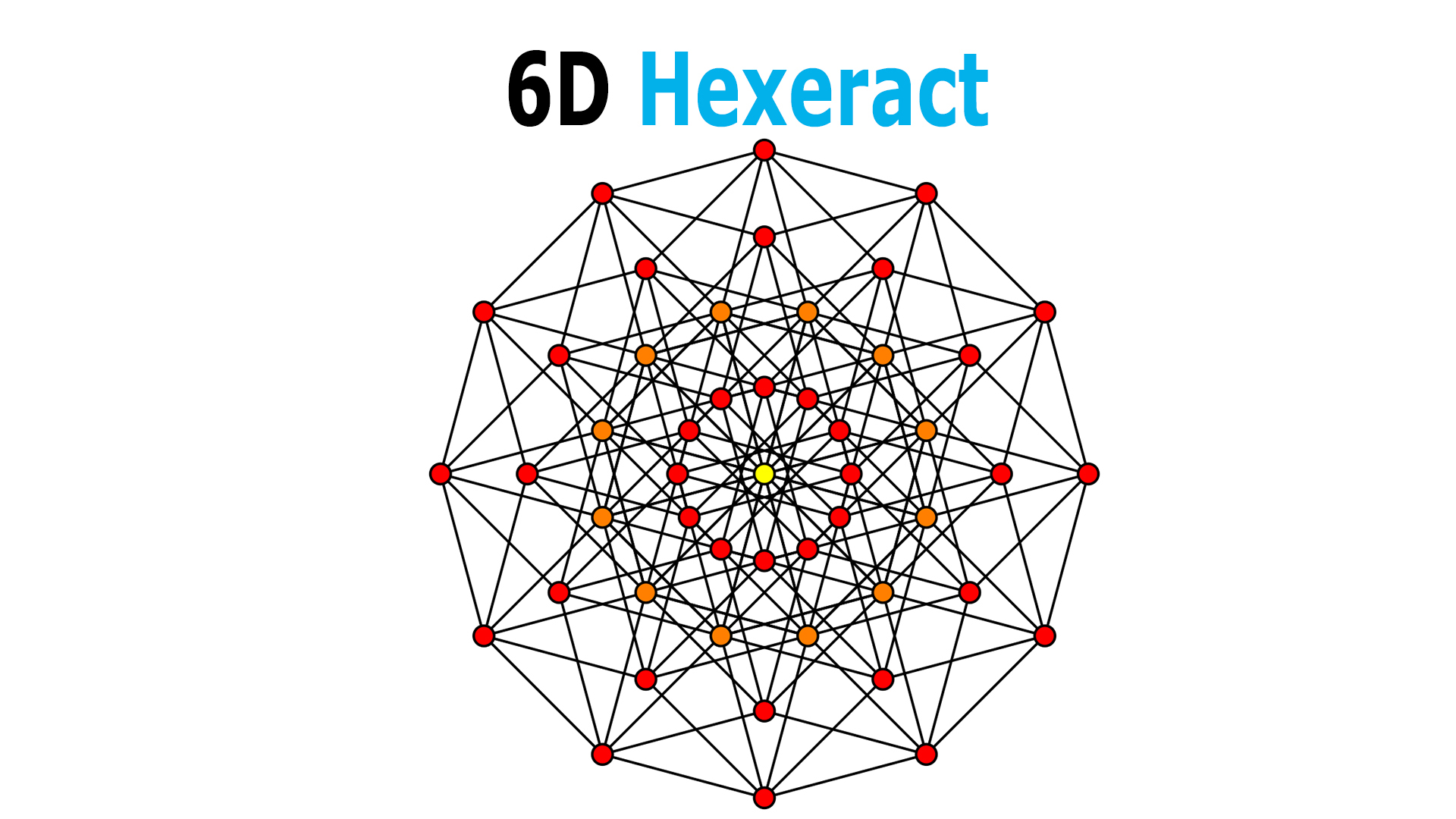 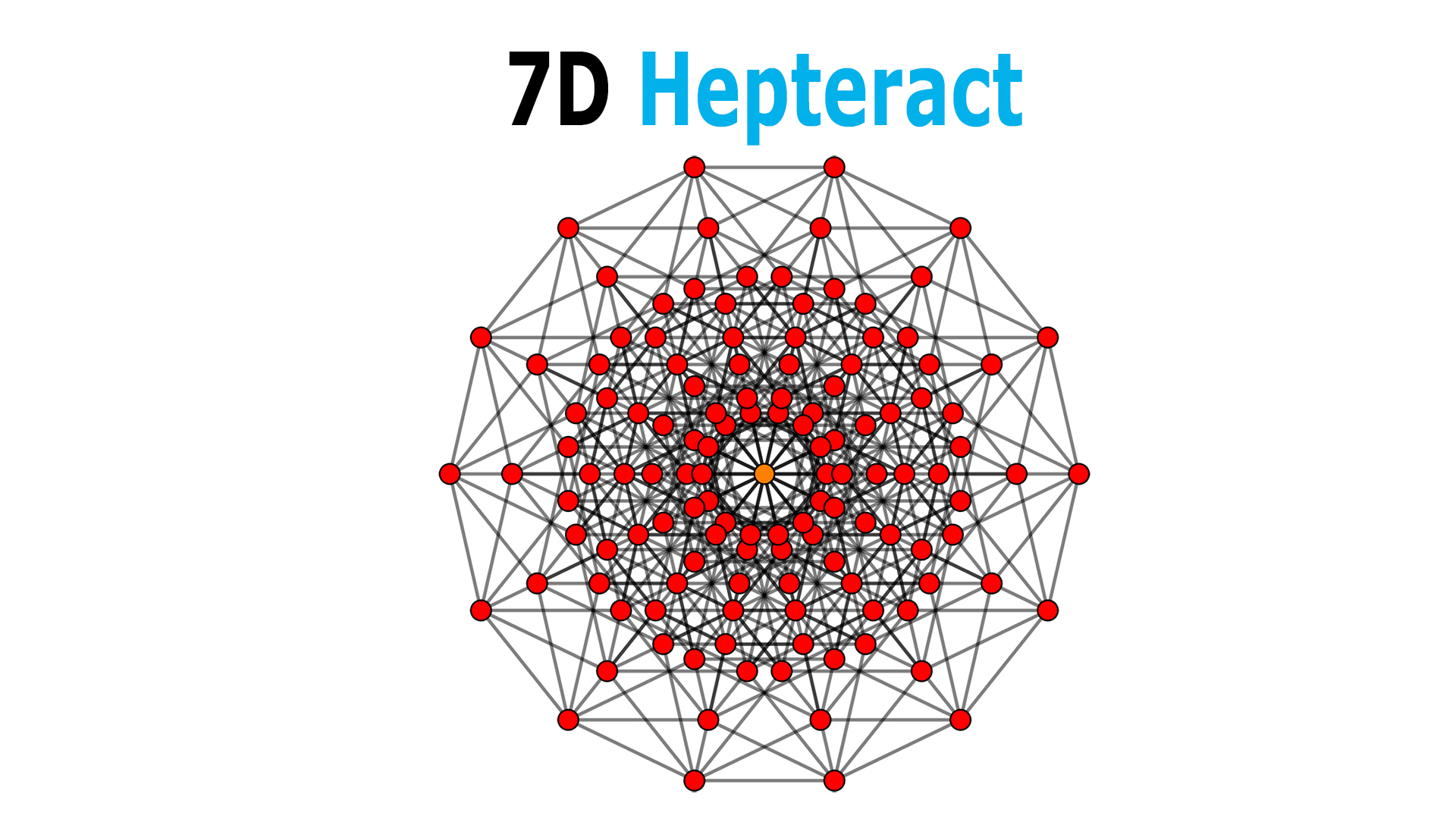 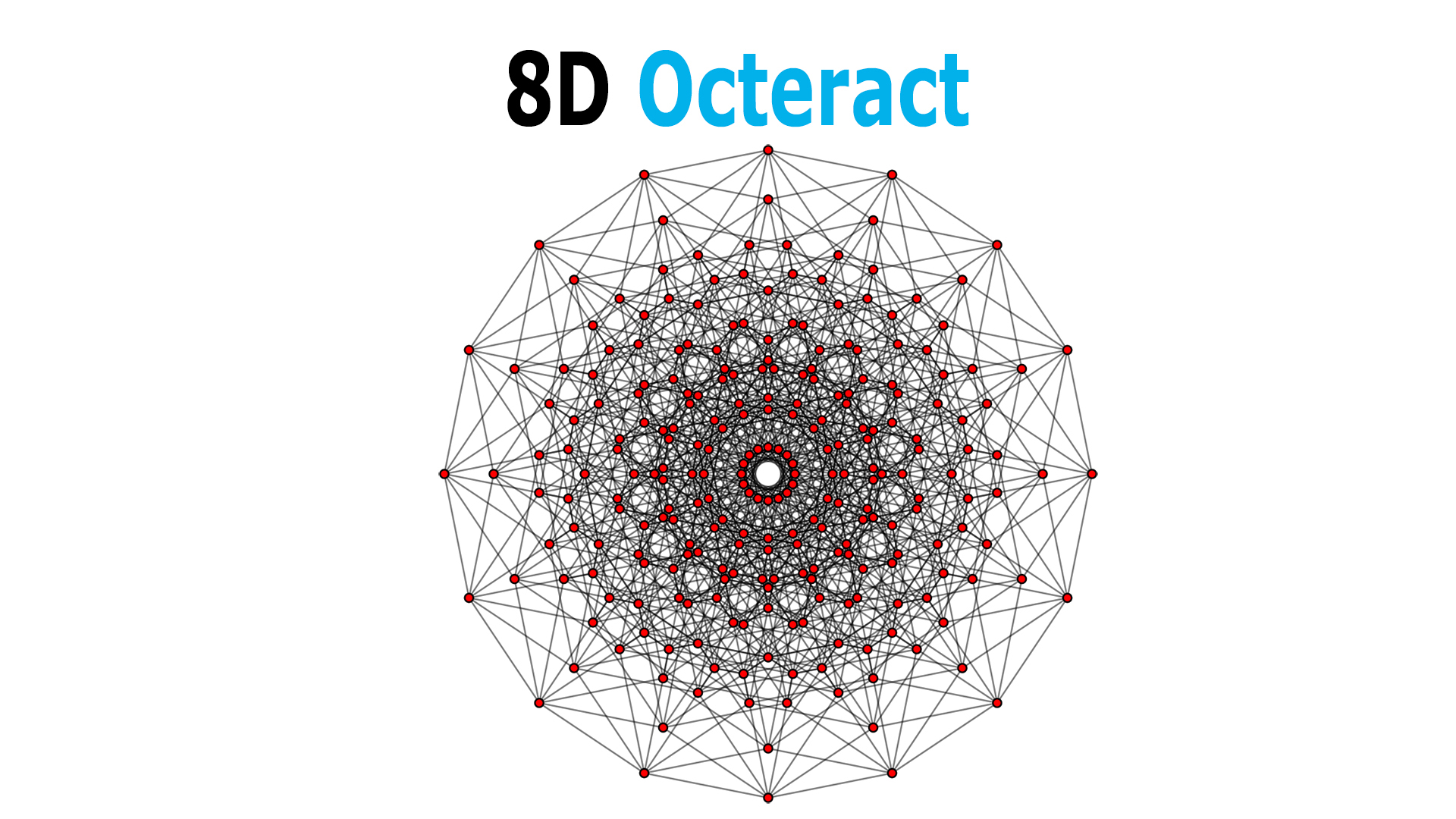 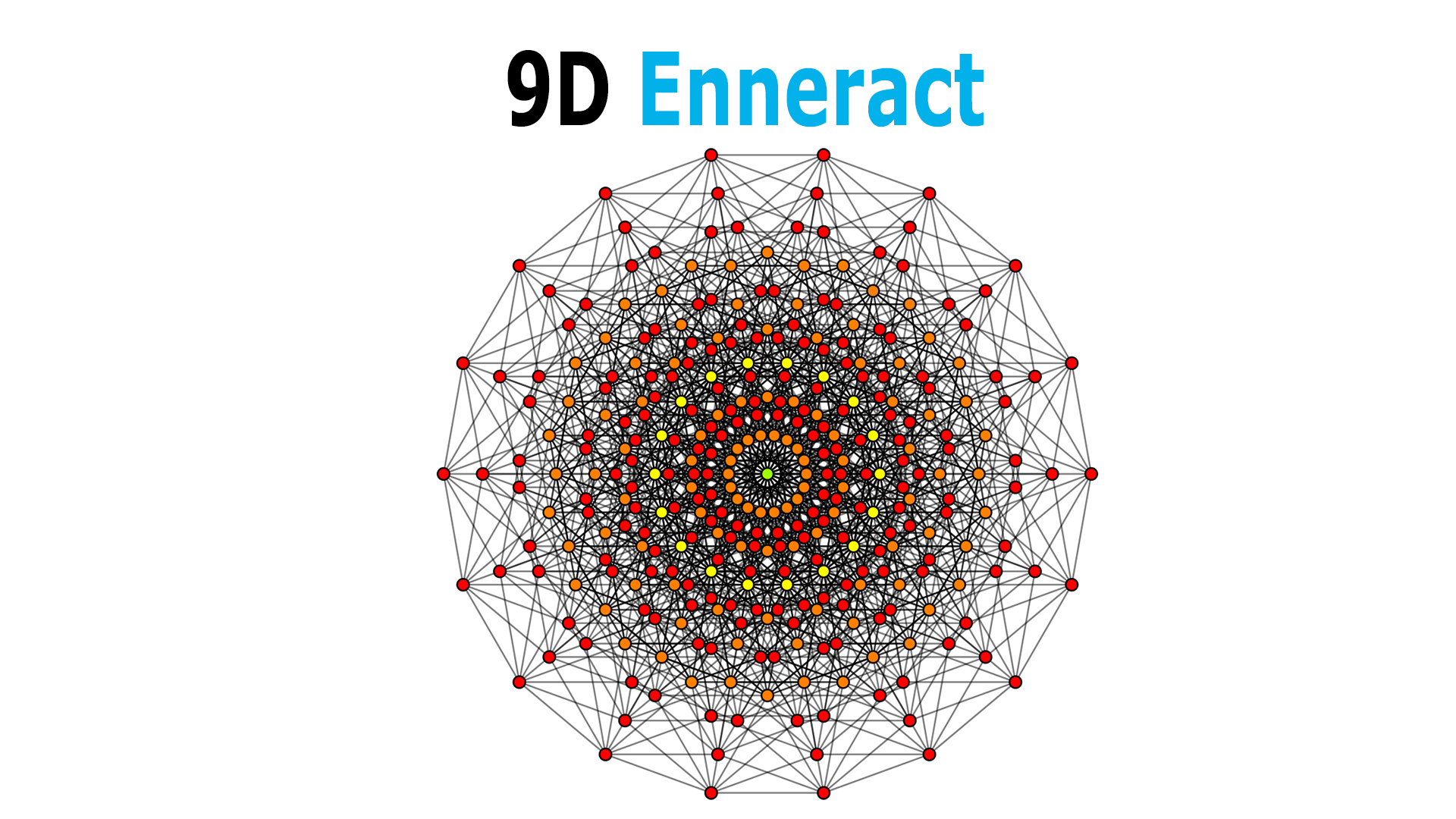 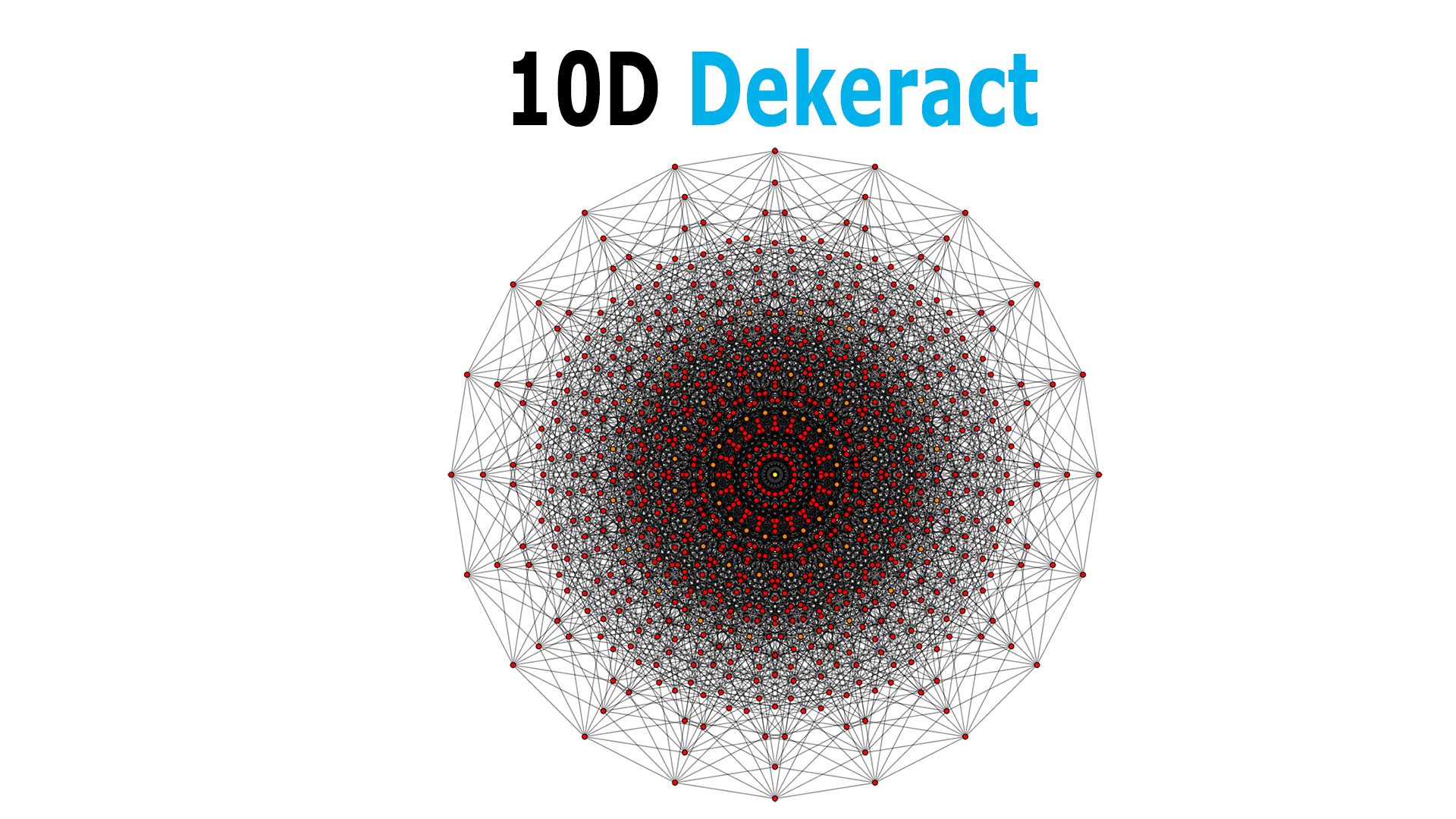 ← Previous Story The dilemma of good and bad bacteria
Next Story → How neutrinos are formed and detected?