What is gravitational lensing? 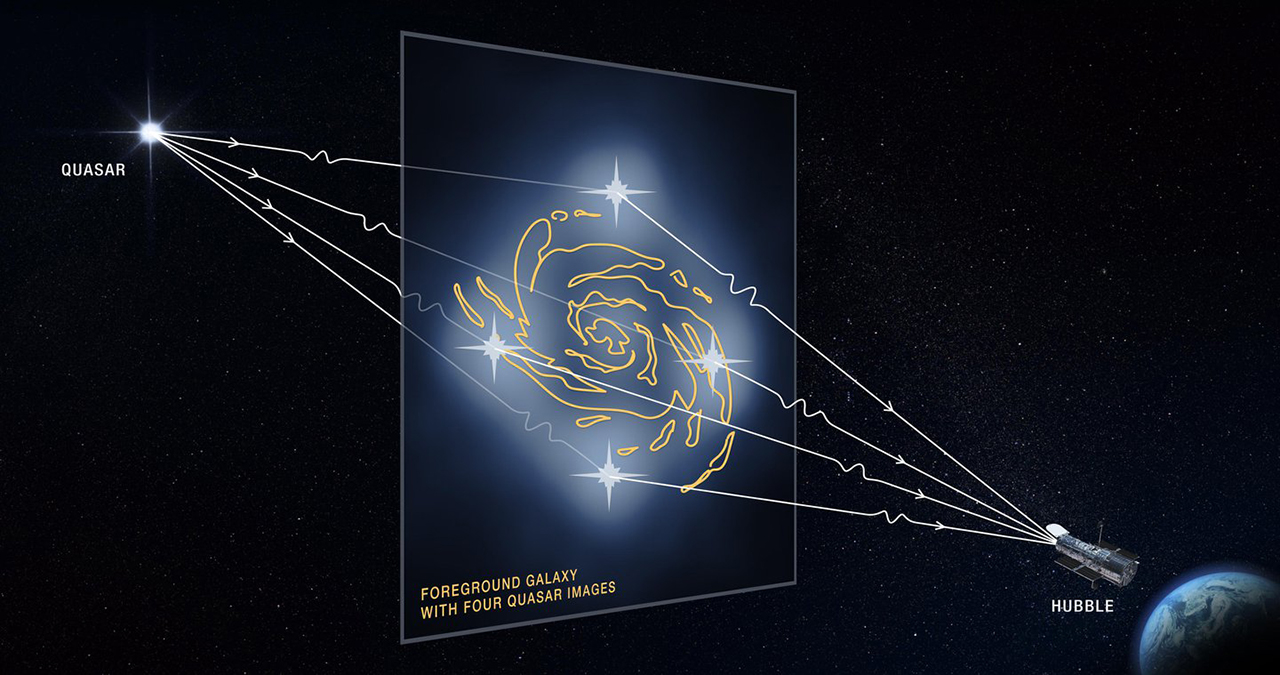 Gravitational lensing is a cosmic phenomenon in which the gravity of a massive object is so strong that it distorts the fabric of space-time, bending and magnifying the light from a more distant object located behind it. This lensing effect not only stretches the light from the background object but also creates multiple images of the same object.

The below image shows the galaxy cluster Abell 370, which is located about 4 billion light-years away. In this galaxy cluster, several hundred galaxies are tied together by their mutual pull of gravity. The immense gravity of all this material warps the space around the cluster, causing the light from objects located behind the cluster to be distorted and magnified.[1] 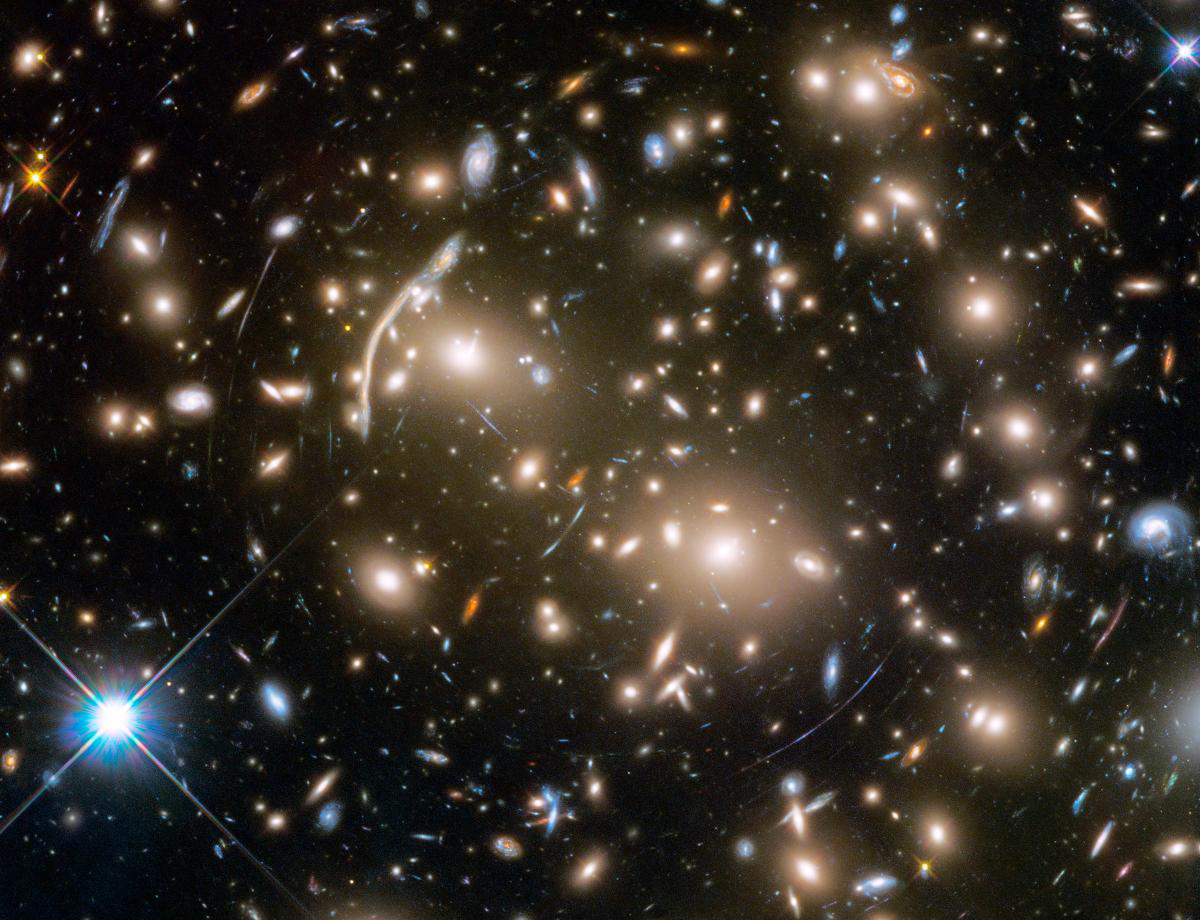 Those mysterious-looking arcs of blue light surrounding the galaxy cluster are actually distorted images of remote galaxies located behind the cluster. These far-flung galaxies are too faint for Hubble to see directly. The gravity from the galaxy cluster acts as a huge lens in space that magnifies and stretches images of background galaxies like a distorting mirror.

A simulation of gravitational lensing

The below video is a demonstration of how gravitational lensing works. The video illustrates how our view of the Whirpool galaxy would change depending on where it was placed behind the galaxy cluster.

Astronomers make use of these cosmic magnifying glasses to probe remote galaxies that inhabited the early universe. Hubble space telescope uses these gravitational lensing effects to study objects that would otherwise be too faint to observe even with its extraordinarily sensitive instruments.

← Previous Story How do mRNA vaccines work?
Next Story → How does a Doppler weather radar work?