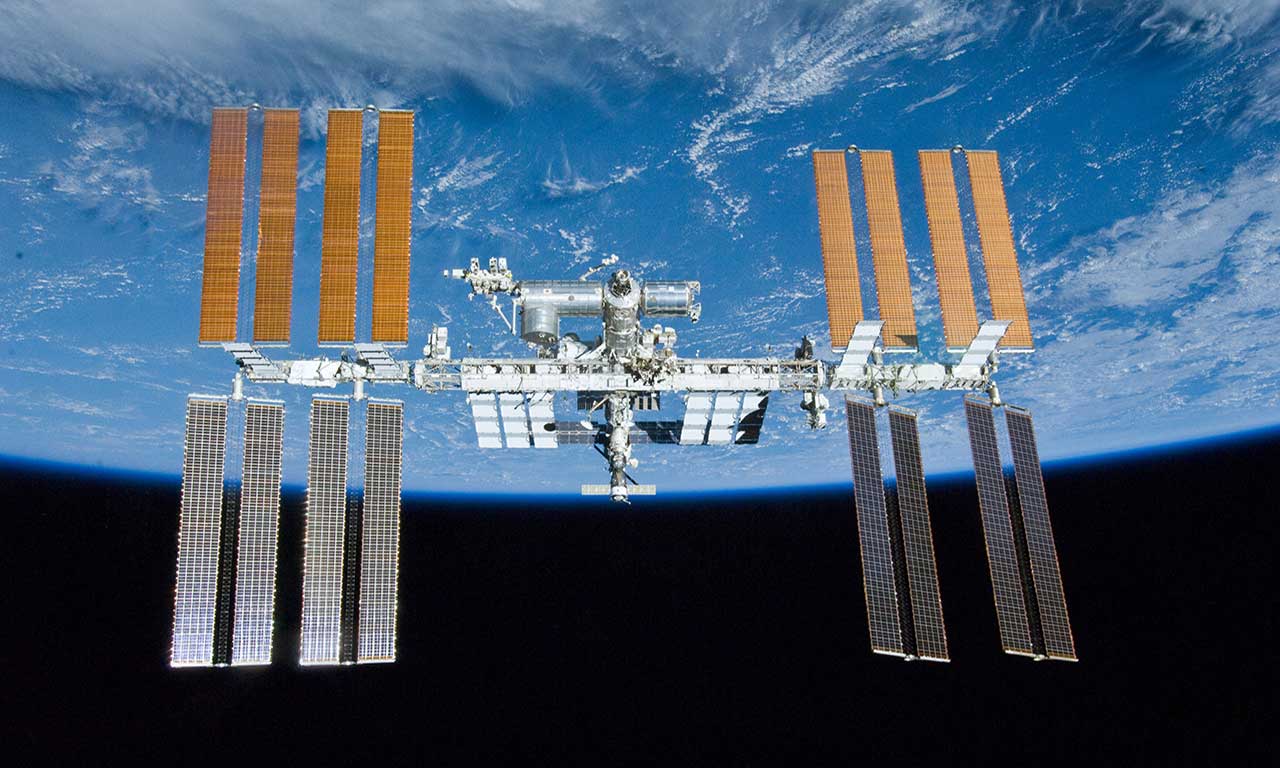 This article was originally published on February 16, 2020.

The International Space Station (ISS) in an artificial satellite and research lab orbiting around the Earth. Its first component was launched in 1998. 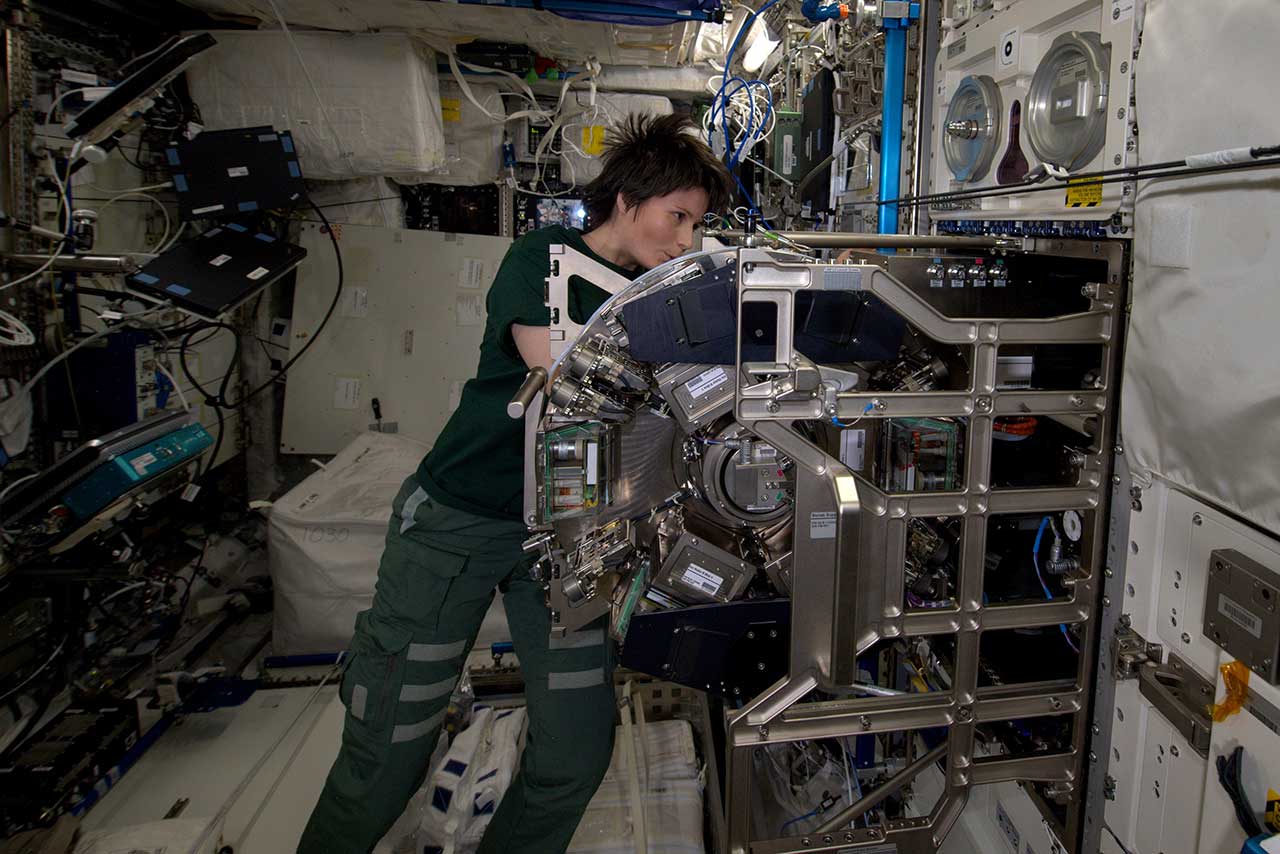 Experiments aim to gain knowledge about the effects of space exposure on the human body. For example, astronauts in space breathe out more nitric oxide than normal humans on the ground.

Another experiment focuses on astronauts’ hippocampi, a part of the brain that processes navigational information and storing memories. Scientists think that the hippocampus will shrink in space. Brain scans are also performed before and after the flight. Studying this part of the brain also helps in understanding Alzheimer’s disease [2].

Experiments are done on how astronauts perceive time in space. Using head-mounted display and headphones, astronauts will be regularly asked to estimate time. Impacts of long-term space travel on astronauts are being studied [3].

Astronauts investigated the combustion of a variety of solid materials, including plastic slabs, fabric sheets and samples with different geometries in the Microgravity Science Glovebox (MSG). The MSG is a contained facility that allows astronauts to burn open flames safely aboard the space station for science experiments [4]. 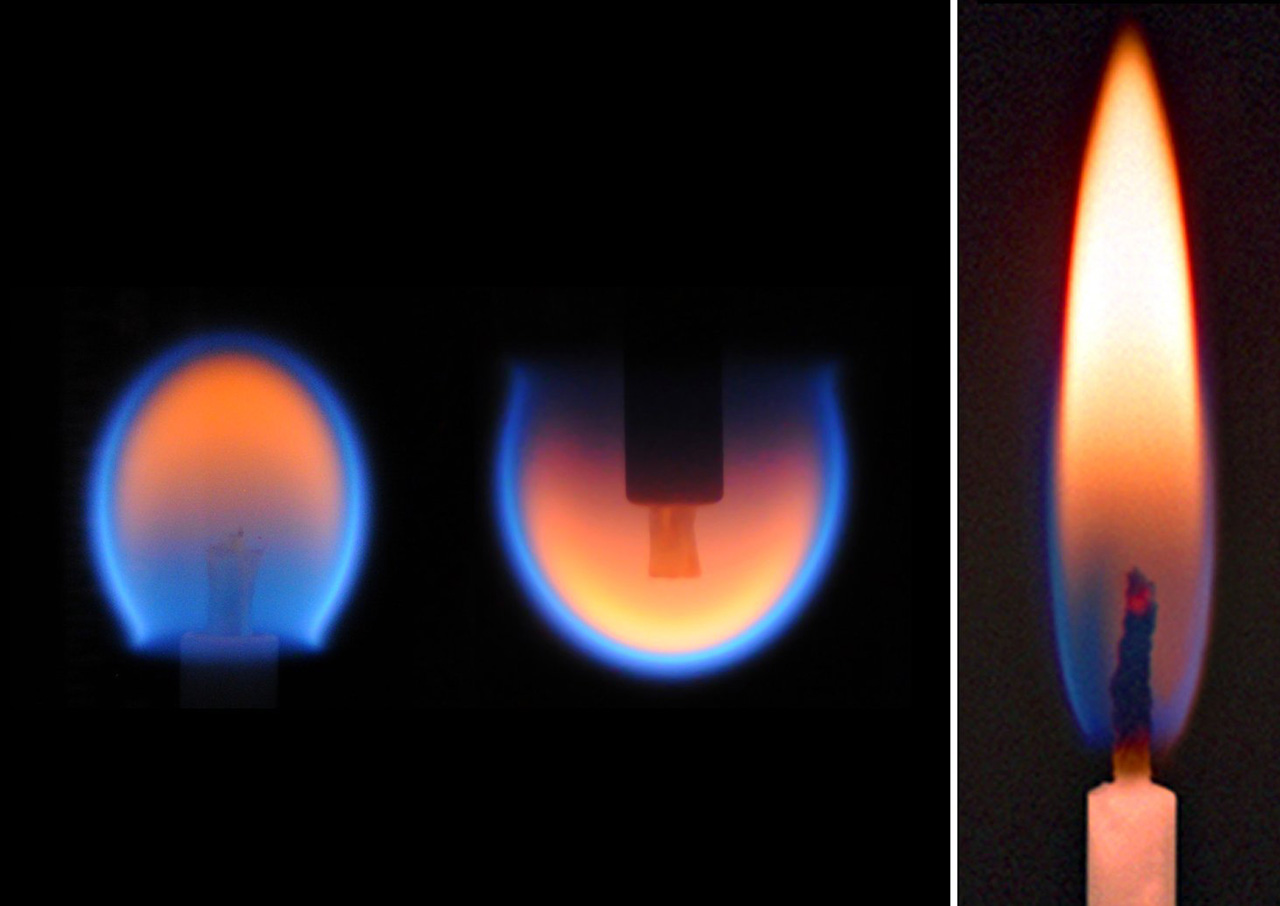 The combustion of a candle on Earth (right) compared to the combustion in a microgravity (i.e) in ISS (left). (Credit: NASA)

The Cold Atom Lab (CAL) facility at the ISS is being used to investigate the dynamics of interacting ultracold atoms. Atoms are chilled to near absolute zero temperatures. At these temperatures, atoms start to behave like matter waves, as per the laws of quantum mechanics. Ultracold atom clouds are imaged under varying conditions [5].

Alpha Magnetic Spectrometer is a separate module in International Space Station. AMS cannot be mounted on any satellites due to bandwidth and power requirements.

AMS is helping us find answers about the dark matter, antimatter and origins of the universe. The Alpha Magnetic Spectrometer looks for evidence of these mysterious substances, along with very high-energy radiation coming from distant stars that could harm crew members travelling to Mars [6].

Experiments in material science asses the impacts of the space environment (vacuum, solar radiation, atomic oxygen and micrometeorites) on materials. Material testing focuses on the environmental and economic benefits of materials used for space exploration [7].

For more detailed information about scientific experiments being conducted in the ISS, visit the Space Station Research Explorer on NASA.gov.

← Previous Story Why does the Sun’s magnetic field reverse every 11 years?
Next Story → What happens to a bullet that is shot in space?