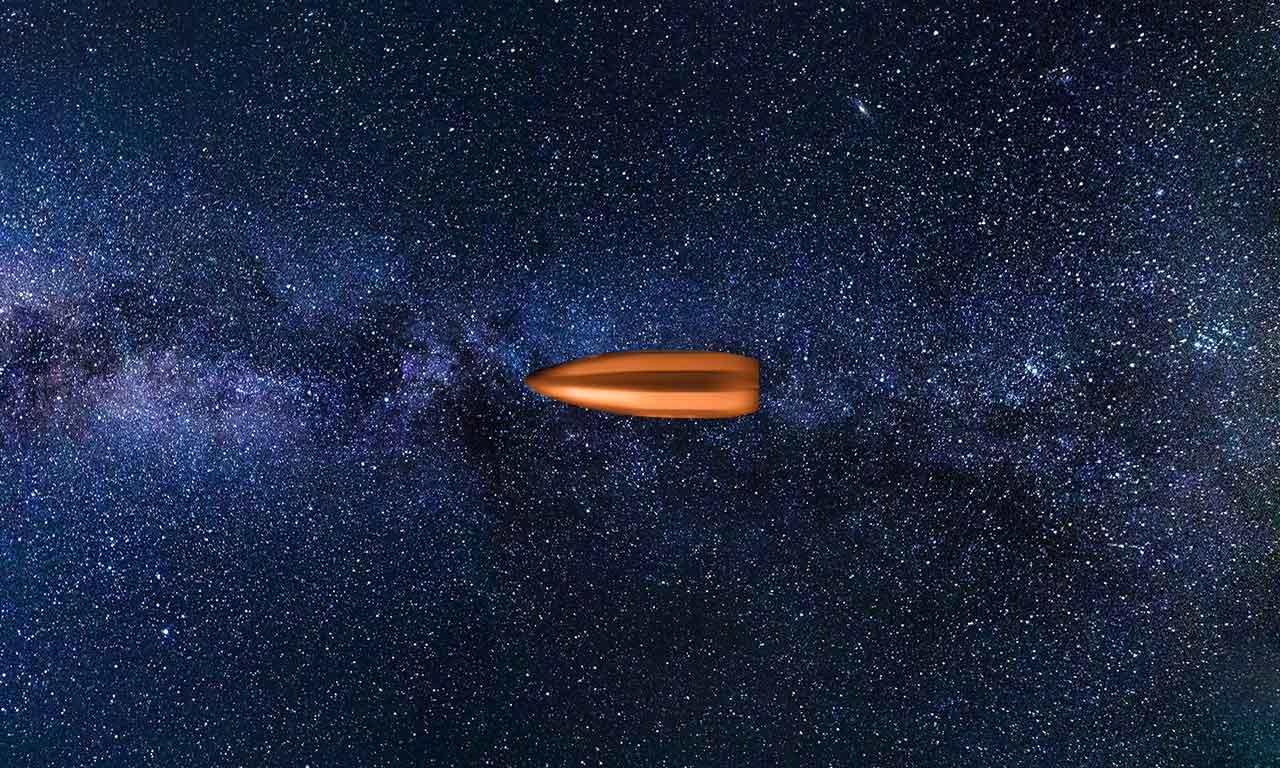 This article was originally published on February 20, 2020.

Theoretically, one can imagine that if a bullet is shot in space, it will travel at a constant velocity in the direction it was fired, indefinitely. However, there are other factors to take into consideration. Space is not a complete vacuum. There is material in space although not as much as we see here on Earth.

Space has celestial bodies like asteroids, moons, planets, stars, black holes, galaxies, etc. Everything that has a mass also has gravity. The higher the mass the higher the gravity. In fact, the amount of gravity of an object is proportional to its mass and distance between it and another object (in our case, it’s the bullet).

where G is the gravitational constant, which has the same value throughout our universe.

The density of the interplanetary medium is very low. There are about 5 particles for every cubic centimetre in the vicinity of the Earth. During events such as coronal mass ejections, the particle count may rise to as high as 100 particles per cubic centimetre.

Interstellar space is the space between star systems in a galaxy. The interstellar medium (ISM) includes gas in ionic, atomic and molecular form, as well as dust and cosmic rays.

So if the bullet is travelling in the interstellar space, the drag would be minimal. The bullet will probably continue to fly for a very long time until all its energy gets absorbed.

Intergalactic space is the space between galaxies. Intergalactic space is out of our reach until we develop faster propulsion systems. The intergalactic medium (IGM) comprises of a rarefied plasma that is organized in a galactic filamentary structure. It consists mostly of ionized hydrogen; i.e. a plasma consisting of equal numbers of electrons and protons.

Our universe is expanding at a speed of 72 kilometres per second per megaparsec. So the matter that is 1 megaparsec away from the bullet is travelling faster than the speed of the bullet itself. With the ever-expanding universe, the bullet will quite literally travel forever into the void.