This article was originally published on October 27, 2012.

The robot named PRIMER V4 developed by Japanese Society for Artificial Intelligence, Neural Network Society of the Robotics in association with Intelligence Systems Research Institute and Boston Dynamics Osaka.
PRIMER V4 is designed to balance itself whether it walks on a rope, ride a bicycle or walk on a slope surface. 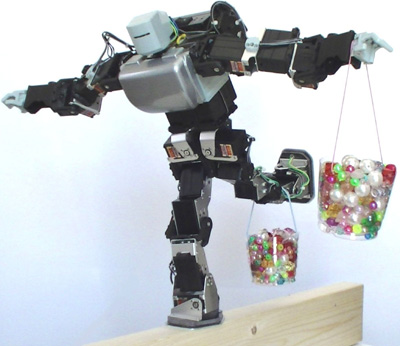 The robot’s center of gravity is maintained such that it can able to balance itself on a thin rope. The robot maintains a posture balance control by swinging its arms just like humans balance themselves on rope.
Watch the video of PRIMER V4 as it walks on a steel wire rope of 4mm thickness.
The robot has sensors like inclination sensor to know the angle of slope and roll axis. It can walk on slopes by detecting the tilt in the horizontal plane and balances itself without any rotation.
This year has witnessed a major development in robotics with creation of advanced robots like Cheetah robot, LSSR, Baxter etc. These robots will work alongside humans in disaster management, workshop production and defense. 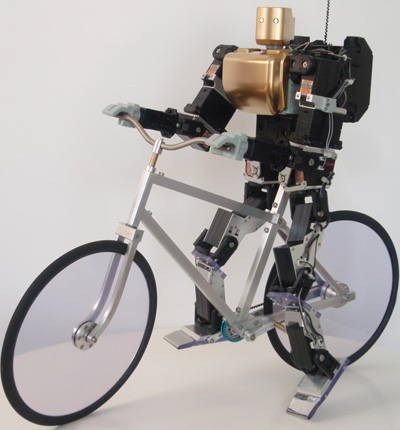 Will some of these gymnastic robots replace the animals in circus? If so, animals will finally get their freedom. Robotic circus will be much more interesting to see isn’t?
Watch the video of PRIMER V4 as it rides on a small bicycle and balances itself on the course.