This article was originally published on December 8, 2012. 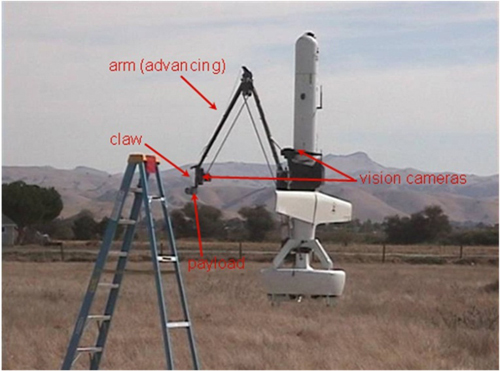 The image shows the UAV’s arm advancing into the air while the vehicle is hovering.
Its precision emplacement technology will be useful for precise long range delivery of small payloads to places that are hard to reach by humans. This will further increase the capabilities of future unmanned aerial vehicles.
The vehicle’s arm extend upto 6 feet with 1 pound payload. The V-Bat is built by MLB company and was demonstrated successfully by them. The V-bat is capable of vertical take off and landing (VTOL). 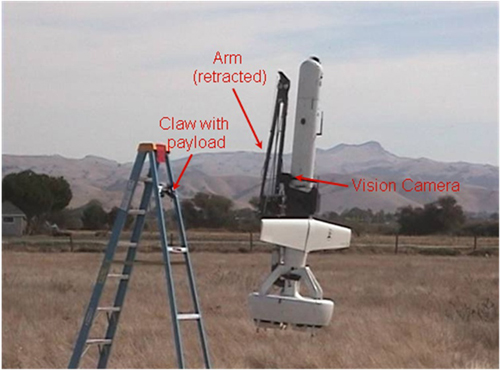 Once the object is delivered, the robotic arm retracts and UAV disengages. In the demonstration, the UAV autonomously handled an one pound payload.