This article was originally published on October 24, 2012. 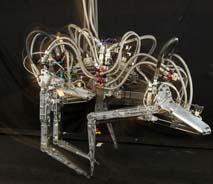 Defense Advanced Research Projects Agency (DARPA) along with Boston Dynamics are leading a remarkable innovation in robotics with their advanced robots including Cheetah robot and Legged Squad Support System (LS3).
These legged robots are inspired by the movements of four legged animals to create speed with stability, efficient locomotion and adaptability to various grounds.
Cheetah robot proved to be the fastest legged robot ever made with a record speed of 28.3mph as of September 2012 by breaking its previous record of 18mph. The running speed of real living Cheetah is 61 mph.
These legged robots are designed to cross uneven terrains and obstacles that are difficult to cross by wheels. Cheetah robot was being developed under Maximum Mobility and Manipulation Program on improving the ability of robots to move fast and effectively in environment.

The robot is at currently tested on treadmill and soon to be tested in grounds. It is currently powered by an off-board hydraulic pump and uses suitable device to keep the robot running in the center of the treadmill.
DARPA’s Four Legged Squad Support System has been developed to assist soldiers in carrying gears. It is capable of carrying 400lbs of load and follow the squad through various terrains. 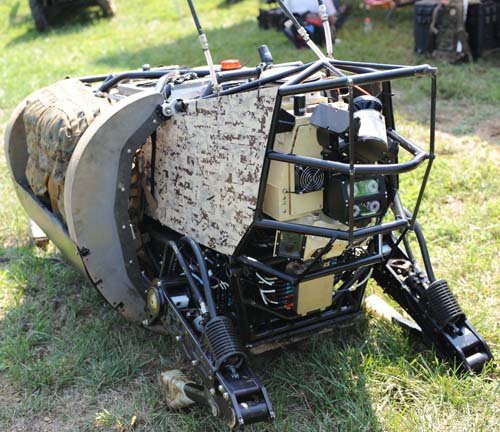 It is semi-autonomous and is designed to interact with soldiers in a natural way just like the real animals.

LS3 completed its outdoor tests in January 2012 by successfully climbing and moving down in a hill and exercised its capabilities. As of September 2012, LS3 prototypes finished demonstration with Marines, jogging and trotting.
New LS3 prototypes has been improved to reduce noise levels. The current prototype is 10 times less noisy than the first ones. They can walk at 3 mph, jog at 5 mph and run at 7 mph depending on the type of ground.
These new wave of robots could bring a significant change in robotic warfare as far as they are obeying the three laws of Isaac Asimov.