This article was originally published on October 18, 2012.

Are you a space geek? Do you have passion for finding planets but you don’t know how to begin with? Planet hunters is right here for you. Planet hunters is a citizen science project created in collaboration between Yale university and Zooniverse. 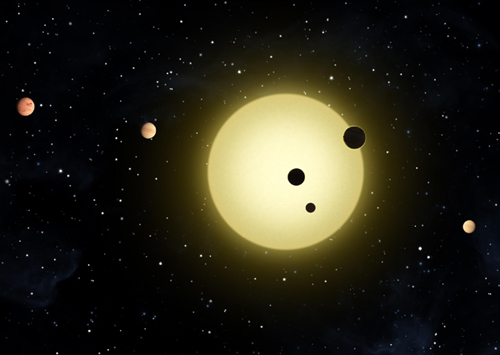 The Kepler space telescope was launched in March 2009 with a mission to find exoplanets orbiting around other stars using the transit technique. The Kepler telescope observes the field of stars in Cygnus constellation.
Whenever a planet passes in front of its parent star, it blocks the some of the starlight which causes a dim in the brightness. Kepler records the brightness of these stars every 30 minutes and the data is beamed to the Earth. 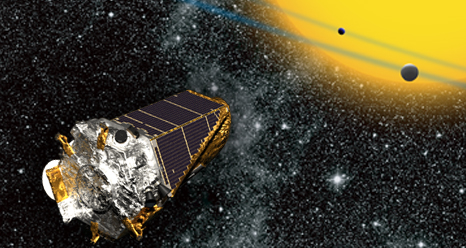 NASA provides these data to the public as its mission is funded mainly by taxpayers dollars. These Kepler data are archived by NASA at MAST Space Telescope Science Institute (http://archive.stsci.edu/kepler/).
Sometimes finding planets become extremely difficult when they are orbiting far away from its parent star. These planets infrequently pass in front of the star. It is not only difficult for scientists but also for computer algorithms to identify them. 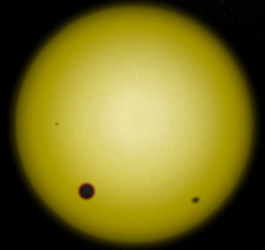 So these planets can only be identified with the collective intelligence of people from all over the world. Together human brains can recognize signals from these data and identify new planets and classify them according to their nature.
As an internet user, you can alongside thousands of planet hunters towards finding planets using the Kepler data. These data consists of brightness curves or light curves from more than 150,000 stars taken for every 30 minutes.

The team at planet hunters will assist you in finding the planets by providing   you the exact methods used by scientists at NASA to identify the planets. Since 1995, more than 500 exoplanets have been discovered using different techniques.

Results suggest that half of the stars in the sky have planets orbiting around them. Now its time to start hunting! Visit Planet Hunters.