This article was originally published on March 31, 2012.

A new airborne (i.e) flying wind turbine using blimp technology to reach powerful high-altitude winds has been successfully tested. It is a 10-metre wide, helium-filled inflatable turbine.
Boston-based Altaeros Energies, a U.S wind energy company formed out of the MIT, announced that it has successfully generated energy from 350 feet up with an automated prototype of its airborne wind turbine (AWT). 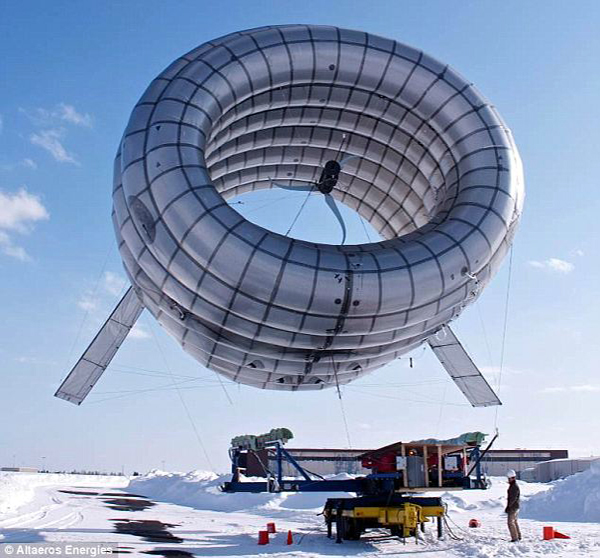 AWT system is a combination of old world design and modern clean energy technology. The turbine cowling and inflatable shell, fabricated in partnership with a Massachusetts sail-making company, is filled with helium. AWT is tethered by robust cables that also send electricity back to earth.
The entire system can be packed up into a shipping container and deployed in a matter of days almost anywhere. Inventors Ben Glass and Adam Rein, the AWT won the 2011 ConocoPhillips Energy Prize for “seeking to hoist a wind-turbine up to 2000 feet aloft.”

Altaeros says that because its product would harness higher-altitude winds – up to five times stronger than those reached by tower turbines – it would reduce energy costs by up to 65 per cent and reduce installation time from weeks to days.
There does appear to be an upper limit in terms of altitude where an airborne wind turbine will be viable. Germany’s Max Planck Institute said the assumption that high wind speeds in the jet stream (7-16km above the surface) correspond with high wind power are incorrect but the jet stream is far above the altitude Altaeros appears to have its sights set on.

The prototype was used to lift the top-selling Southwest Skystream turbine, which was able to produce more than twice the power at high altitude that was generated at conventional tower height.
A high altitude wind turbine could have many applications, including oil and gas sites, military bases, developing world villages, or disaster relief. Wind farms could become a thing of the past if a blimp-like power generator takes off. 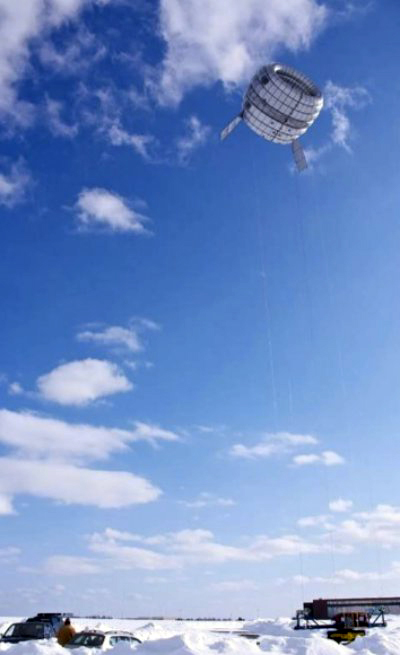 The completed commercial version would rest at 1,000 feet, where winds are stronger and more consistent, according to Altaeros Energies. The turbine was successfully transported and deployed into the air at Loring Commerce Center in Limestone, Maine.
Altaeros says it has based the AWT on “aerostats” – industrial blimps designed to lift heavy machinery and capable of withstanding hurricane winds. In addition, it is designed to have virtually no environmental or noise impact and to require minimal maintenance.
Related Items