This article was originally published on March 27, 2012.

A team from Massachusetts Institute of Technology (MIT) have developed an innovative new 3-D solar array structures that doubles the solar power generated from a given area.
In a traditional solar panel, the cells are laid out flat on a substrate. But the MIT team came up with a very different approach by creating towers of solar cells in a three-dimensional configuration that they say can generate power output ranging from double to more than 20 times that of fixed flat panels with the same base area.
The major reason for the boost in performance is the 3-D structures’ vertical surfaces can harvest more sunlight in the mornings, evenings and during winters when the sun is closer to the horizon. This results in power that is more predictable and uniform, with the potential of making integration into the mains electricity grid less complex than conventional systems. 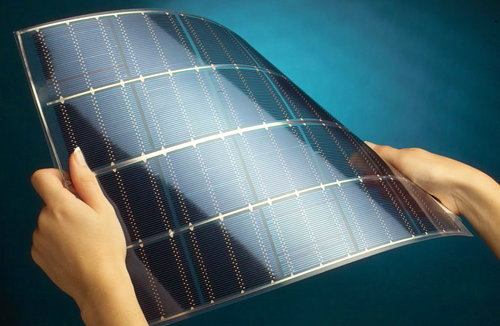 While the way the cells are arranged makes the unit more expensive than a flat panel, the increase in power production could offset the cost. In relation to terrestrial based solar farms, it could also translate to generating the same amount of power from far less land, or more electricity from the same amount of land.
The challenge remains to mass produce the elements for the 3D design in a cost-effective manner. A commercial version of the towers would be one that could be shipped flat and then unfolded on-site. Such a tower could be installed in a parking lot to provide a charging station for electric vehicles. 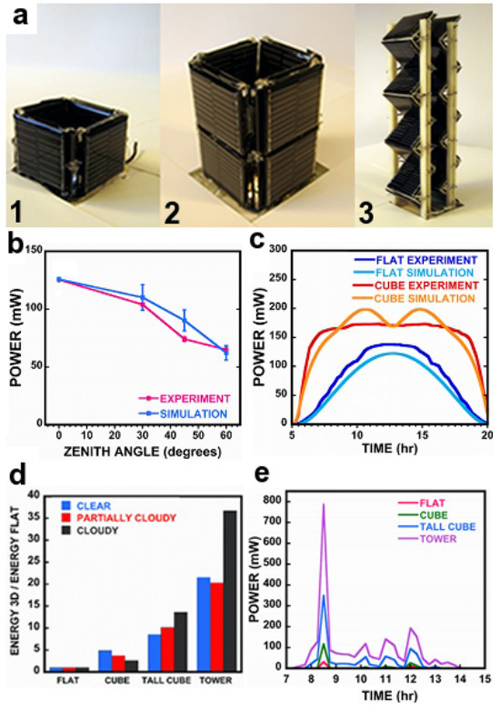 The MIT team initially used a computer algorithm to explore an enormous variety of possible configurations, and developed analytic software that can test any given configuration under a whole range of latitudes, seasons and weather. Then, to confirm their model’s predictions, they built and tested three different arrangements of solar cells on the roof of an MIT laboratory building for several weeks.
While the cost of a given amount of energy generated by such 3-D modules exceeds that of ordinary flat panels, the expense is partially balanced by a much higher energy output for a given footprint, as well as much more uniform power output over the course of a day, over the seasons of the year and in the face of blockage from clouds or shadows. 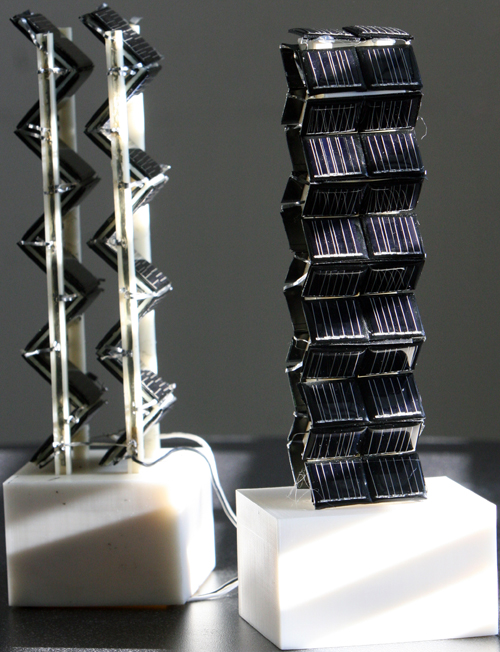 In general, 3-D shapes could have a big advantage in any location where space is limited, such as flat-rooftop installations or in urban environments. Such shapes could also be used in larger-scale applications, such as solar farms, once shading effects between towers are carefully minimized.
So far, the team has modeled individual 3-D modules. A next step is to study a collection of such towers, accounting for the shadows that one tower would cast on others at different times of day. The team’s findings have been published in the journal Energy and Environmental Science.
Related Items