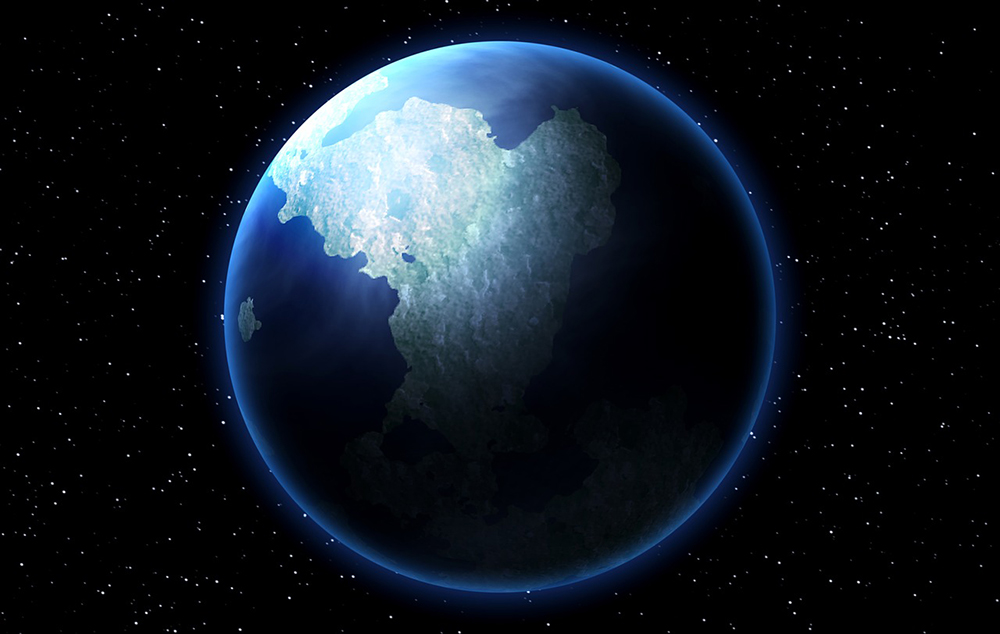 This article was originally published on September 19, 2012.

Terraforming a planet is a complex process which involves implementation of series of methods to change the climatic conditions, ecology of the planet to make it sustainable for human life. Learning the biosphere of Earth could help find new ways to create a habitable environment on other worlds.
The above image is the artistic conception of terraformed moon. The term “terraforming” was first introduced in a science fiction story “Collision orbit” by Jack Williamson and published in Astounding Science Fiction in 1942.

Finding a habitable planet on our universe is rare. For a planet to be habitable like Earth, it must fall under Goldilocks zone. Even the exoplanet like Gliese 581d which is expected to be in habitable zone is 20 light years away.
With current technologies, it is impossible for humans to travel a distance of 20 light years to reach a habitable planet. Our current rockets can travel only at a speed about ten thousandth the speed of light. It would take hundreds of years to reach there but unfortunately human lifetime is limited with less than 100 years.
So we must expand our choices to our nearby planets in our own solar system. But unfortunately, our planet is the only habitable planet in our Sun’s family. The video shows how Earth will look like if it goes on a disastrous path.
According to Stephen Hawking “Because we are rapidly depleting the finite natural resources that Earth provides, and because our genetic code carries selfish and aggressive instincts our only chance for long term survival may be to spread out into space.”

Mars and Venus are the planets that are currently fall nearby our Goldilocks zone. In 1961, Carl Sagan proposed an idea for terraforming Venus published in journal Science and “Planetary engineering of Mars” (1973) published in journal Icarus.
Chances are very less for terraforming Venus due to the presence of highly concentrated sulfuric acid in their clouds. Mars has been a long term choice for terraforming. There has been numerous debates about terraforming Mars.
Similar to Earth Mars have polar ice caps. Presence of minerals like hematite, goethite and jarosite suggests that liquid water once existed on the surface of Mars.
Various methods like Green house effect, Hydrogen bomb have been proposed to release more Carbon dioxide into the atmosphere heating up the Mars to terraform. The video below depicts the terraforming of Mars.