How strong is a bicycle helmet to protect your head?

This article was originally published on July 26, 2014.

Do you wear a bicycle helmet? If yes, then you must know these facts. If no, still you need to know its importance. Wearing a bicycle helmet is always safer than not wearing one.

Bicycle accidents can sometimes be fatal. Wearing a helmet that can absorb impacts can protect your head and brain from absorbing those shocks.

Facts say nearly 75% of all fatal bicycle crashes are head injuries. According to an estimate, nearly 44,000 bicyclists have died in accidents since 1932 in the United States only.

To cause a head injury, it does not always have to be a strong force. Cyclists can reach up to 40 km/h and any impact may lead to a severe injury.

Common bicycle accidents include hitting your head on the ground or hitting on a vehicle that goes in front of you. In both cases, which can be slow impacts, still, they can cause a brain injury.

The science behind your bicycle helmet 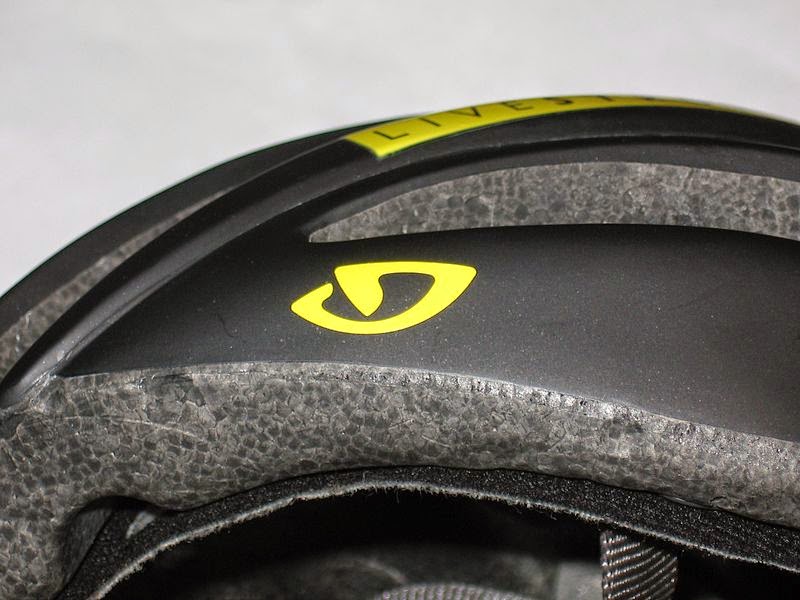 Expanded Polystyrene Foam (or EPS) is the material commonly used in helmets and in packaging materials. They are lightweight and their main job is to absorb impacts.

An outer shell made of  PET ( Polyethylene terephthalate) or a similar plastic is used. It is usually glued onto the foam layer, then taped around the edge for appearance.

Without foam, a bicycle helmet isn’t effective just with an outer shell.
Bicycle helmets are designed for a single impact and then be replaced with a new one. Unlike cricket and football helmets which are designed for multiple impacts.
Bicycle helmets are light, you can even break them by using your hands. But when you are wearing a helmet, the head is providing a load to the foam. So it is more difficult to break a helmet that’s being worn than an empty helmet.
When a cyclist faces an impact, shock wave passes through the helmet’s foam. Some of the shock waves are reflected back as a rarefaction wave which reduces the amplitude of the forward-moving compression wave reaching the human skull. 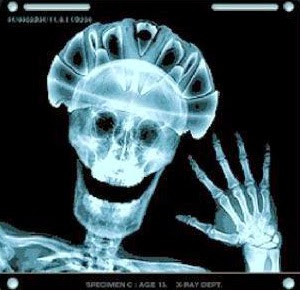 A well-designed helmet has functionally graded layers which decrease the damage to your head. The breaking of the helmet’s shell and the irreversible compression of the foam can dissipate some of the shock waves.
Also, some of the impact shocks are dissipated through the breaking of atomic bonds and undergoing pressure-volume work, respectively.
Penetration of helmet’s components can be avoided by deflection due to the hardness of the shell and low angle impact. The spherical shape of the helmet helps in effective distribution of load.
Any helmet, whether its a bicycle helmet or a motorcycle helmet, is likely to get damaged after an accident. Replacing it is necessary for it to protect you again.
In the case of a bicycle helmet, it is recommended to replace it every 5 years even if it has not seen any impact. Bicycle helmet components can weaken over time due to weather, UV, and pollution.
Related Itemssafetysports