This article was originally published on July 20, 2012.

Scientists from Kiel University and Hamburg University of Technology have blended porous carbon tubes together in three dimensions at nano and micro level resulting in the formation of the lightest material. The new material is named as “Aerographite”. 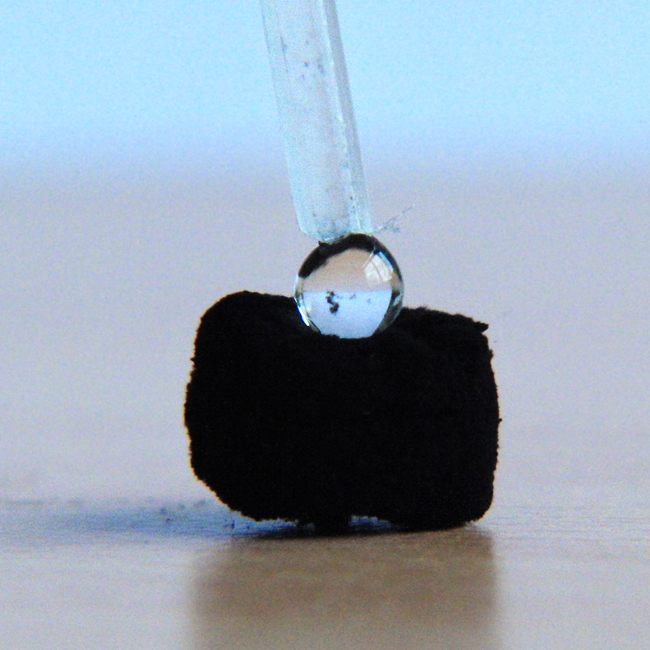 The ductile material weighs only 0.2 milligrams per cubic centimeter which makes it 75 times lighter than Styrofoam. The material is stable, very strong and conducts electricity. Its is jet-black in color, non-transparent and absorbs light rays.
With a very low density, it weighs four times lesser than the previous lightest nickel material and is also made of tiny tubes. It is known that the nickel has atomic mass higher than carbon. Tiny tubes with porous walls makes these materials lighter. 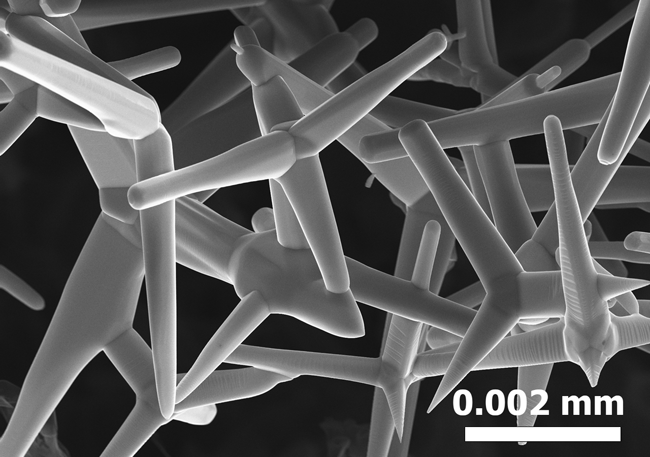 Professor Lorenz Kienle and Dr.Andriy Lotnyk decoded materials atomic structure using a transmission electron microscope (TEM). Aerographite is highly resilient and is capable of withstanding both compression and tension. It can be compressed it to 95% and can also be brought back to its original form without any structural failure.
Making an Aerographite
Powdered Zinc oxide its transformed into crystalline form by heating it to 900° Celsius. Then the zinc oxide is made to form micro and nano structures called tetrapods which interweave to form a stable network. Then the material is placed into reactor for chemical vapour deposition and again heated to 760° Celsius. 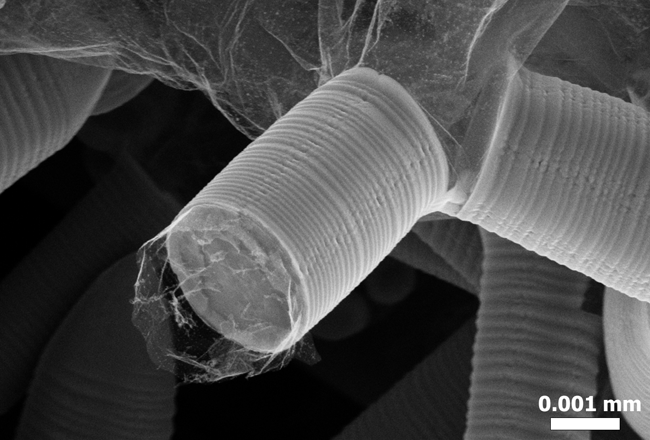 In a carbon gas atmosphere, zinc oxide is supplied with graphite atomic layers and results in formation of networks. Hydrogen gas is then passed to react with oxygen in zinc oxide and emits steam and zinc gas. The remains are porous tube-like carbon structured Aerographite.
Future Applications
Aerographite will find numerous applications in future like electronics in airplanes, satellites. Aerographite could be used in Li-Ion battery electrodes with a minimal amount of electrolyte. This helps reducing the battery weight. 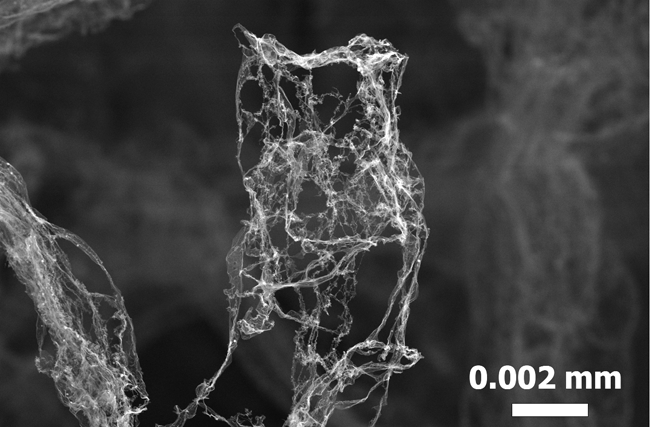