SpaceshipTwo and LauncherOne in space race

This article was originally published on July 12, 2012.

While SpaceX is making a revolution in private space transportation, Virgin Galactic is coming with its much expected space tour. The commercial space company’s first tour will be launched in December 2013. Virgin Galactic also announced its expansion into satellite launching services with the help of its low cost rockets to put the satellites into orbit. With its future plans, Virgin Galactic is expected to be in space race with SpaceX. 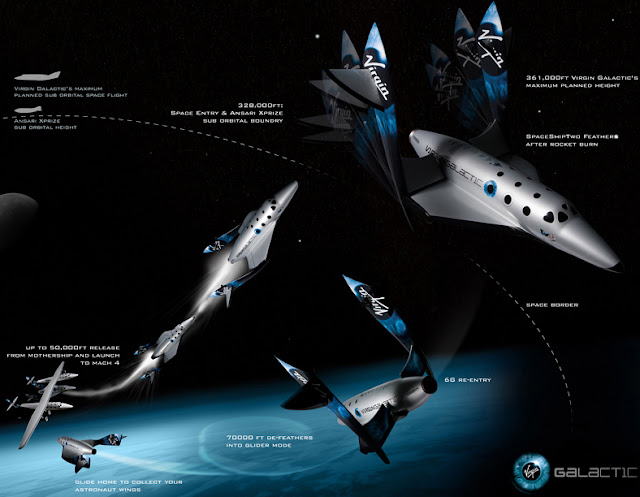 The space flight on board SpaceshipTwo will cost $200,000-a seat and will last for two hours. The spaceship designed for space tourism can carry two pilots and six passengers. A replica of SpaceshipTwo was displayed at Farnborough.
The price tag is too high that only millionaires and celebrities can afford this flight. Virgin Galactic’s Chief Sir Richard Branson hopes to reduce the prices in future. 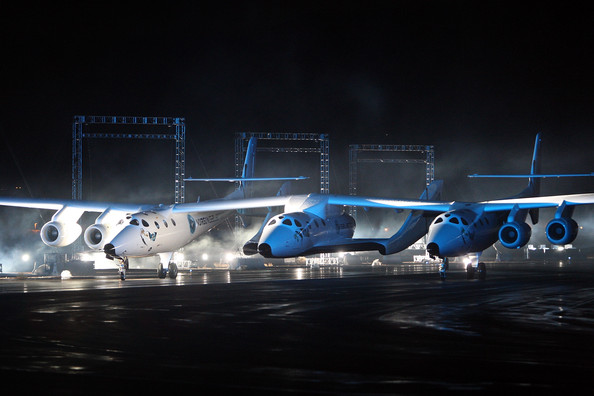 Spaceship will be launched from air with the help of Scaled Composites WhiteKnightTwo carrier plane. On return, the SpaceshipTwo will glide back to Earth and makes a conventional landing.
Total development costs were estimated to be $400 million as of May 2011. The spacecraft is currently undergoing flight tests at Mojave Desert in California and successfully completed 18 gliding tests as of June 2012. 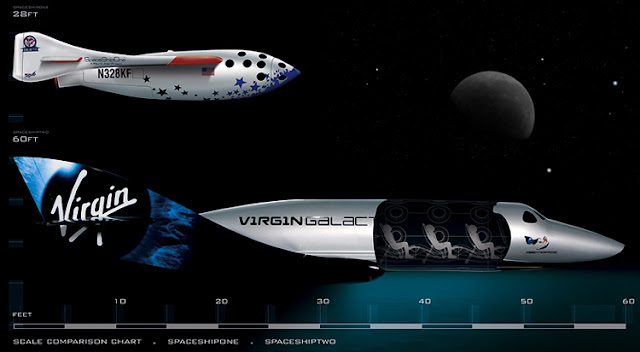 SpaceshipTwo cabin’s interior is designed to be minimalistic as possible to reduce weight and provide space for floating. The spacecraft will not have other services offered in airlines in order to keep the volume uncluttered.
Virgin Galactic’s first flights will reach up to sub-orbital space and they hope to reach the oribital space in future. Virgin Galactic plans to operate a fleet of five SpaceshipTwo space planes. Their clients include Earth observation company GeoOptics and Planetary Resources, an asteroid mining company having Google’s Eric Schmidt and Larry Page and movie director James Cameron as investors. 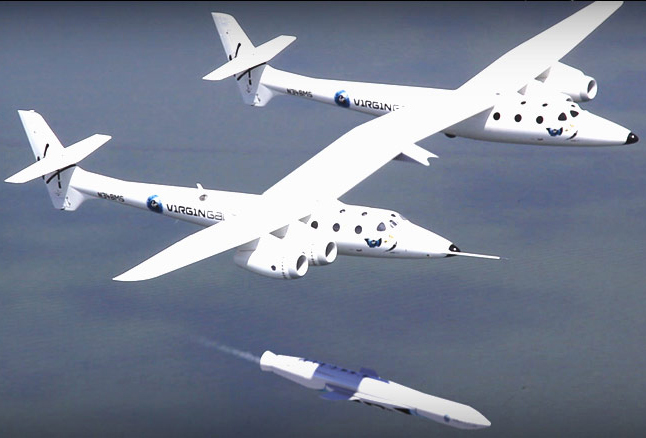 Virgin’s new satellite service Launcherone, a two stage rocket which can be carried on board WhiteknightTwo. The satellite service is capable of launching 500 pounds of payloads making its way to cheaper space transports. 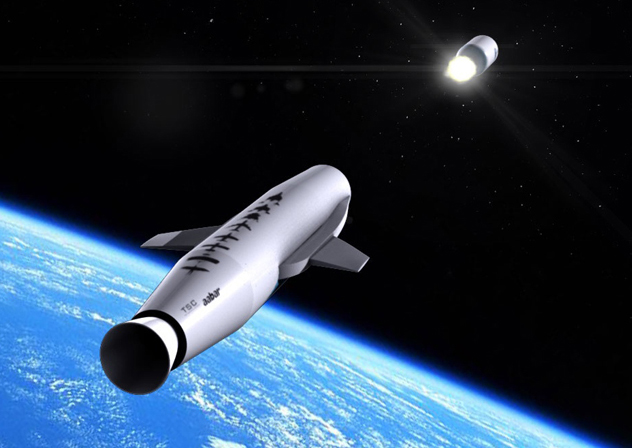