This article was originally published on January 24, 2013. 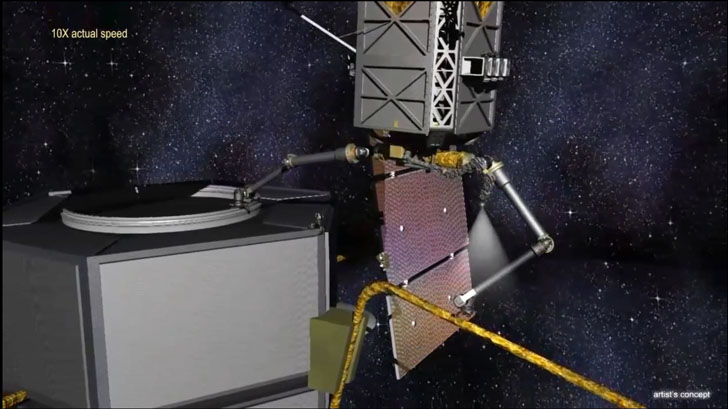 But re-building and re-using a satellite that is 22,000 miles above the Earth in orbit is a challenging task, DARPA’s Phoenix program is created to re-purpose dead satellites while they are in orbit with the aid of advanced robotics.
Usually most of the satellites are not designed for modification or repair in orbit. In order to re-purpose a satellite, it must enable an architecture that allows for repairs while in orbit. The video below demonstrates the progress of Phoenix program since July 2012. The artist’s simulation explains how the technology would be used for re-purposing a satellite with flight capable robotic arm with simulated space contact dynamics and robotic arm development.