Latest technology has made internet TV more popular over TV

This article was originally published on July 25, 2013.

If you are unable to watch your favorite television shows due to your busy schedule or other reasons, there is good news for you. Software applications have been designed, which aim to offer you, live television on your computer. They allow you to watch almost everything available in TV, and sometimes more than that.

Using such software, instead of TV, is also a cost-effective method to watch your favorite shows. You just need to have an internet connection with a sound speed. The money you need to spend for this is considerably lesser than your monthly cable charges.

Due to these advantages, web television is becoming increasingly popular in the present times. There are several technologies that can be used for the distribution of web television. 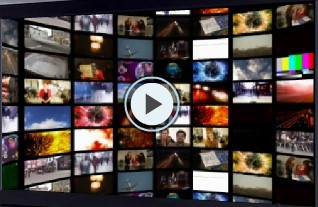 Get Thousands of Channels on your Computer
Let us have a look at some of the technologies used to distribute web TV:
• IPTV:
IPTV is the most commonly used technology for delivering web television. It stands for Internet Protocol TV. This technology is used to deliver television through the architecture of the internet. IPTV is of a number of types like Video on demand, Time Shifted IPTV and Live Television IPTV.
• Time Shifted Programming:
This is a form of IPTV. Using this technology, some of the usual TV networks broadcast programs through the internet.
• Live Television IPTV:
This technology is a good competitor of the usual television broadcasts. It has clients like Ant TV. Services such as Kylin TV, employ the set top box of IPTV. Live Television IPTV is referred to as Multi casting also.
• Video on demand:
It is the most commonly used internet television. All major networks consist of their own services of Video on demand. These services include iPlayer and Hulu.
• Online video sites:
A wide range of sites are there for sharing online video. These offer a simple and easy way to deliver television programs to the audience through the internet.  Google video and YouTube are popular services, which allow upload and share of videos online.
• Streaming:
You can upload streaming videos to your website. In this way, you cam watch videos, without the need to download them.
• Downloadable videos:
Downloadable videos offer the advantage of loading videos into mobile video players easily. A video in AVI or MPG format can easily be created, and played on a number of different devices. These videos can also be converted into DVDs.
• Other technologies:
Other technologies that can be used to distribute television over the web are RSS, RTSP, SMIL, HTTP, Dirac, Bit Torrent and WTVML.
By the use of such technologies, you can easily get your favorite shows on your TV. Most of the options for online viewing are free of cost, and even if they include some charges, they are much lesser than what you spend for your cable.
Conclusion:
Thus, switching from television to the internet, to watch television shows is convenient and profitable. Now, you can watch you favorite shows on your computer, smartphone or tablet, just by having a sound internet connection.
Author’s Bio: Alisa Martin is a skilled writer and is considered to be an expert in writing about media entertainment. She Writes about internet TV and other topics. Her writings always contain authenticate information about various media channels.
Related Itemsapps