This article was originally published on April 27, 2012.

An amazing invention for typewriter lovers. For those who have not yet joined the computer age, preferring the clatter and ding of their inky typewriters, it might be the perfect choice.

Typewriter keyboard for computer – The vintage typewriters have been upgraded to include a USB portal to be used on a computer, laptop or tablet, including an iPad. 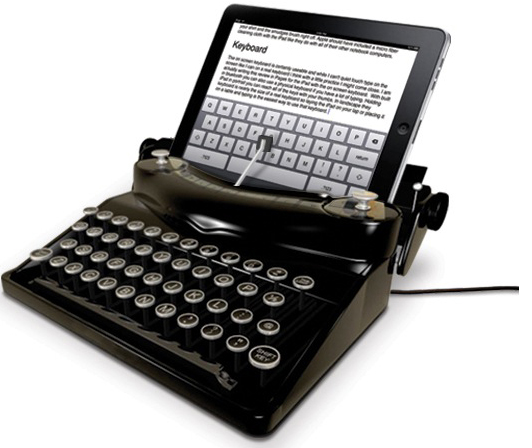 Typewriter for the digital age: An upgraded model with USB technology so it can work with modern computers and even an iPad. As the original computer keyboard was based on the typewriter, nearly all of the keys are the same, allowing writers to type away and see their work on screen.

The makers, usbtypewriter.com built in a Control, Alt and Backspace keys onto the typewriter. The Enter button, which places the cursor on a new line, works in the same way by using the Carriage Return. 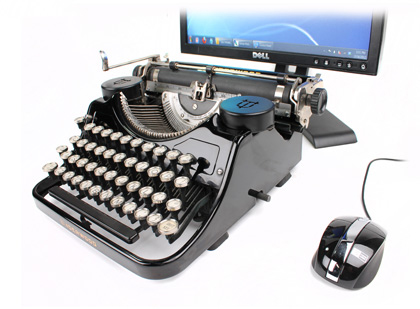 The USB Typewriter system consists of three main components: the Sensor Board, the USB Interface Board, and the Reed Switches
• The Sensor Board is a long strip of flexible metal contacts which clip easily underneath the keys of the typewriter. Each contact is attached to a different pin on a chain of shift registers, passing a signal down the line from one pin to the next. When the signal being passed down the row of shift registers is intercepted by one of the keys the micro-controller is alerted to a key-press. 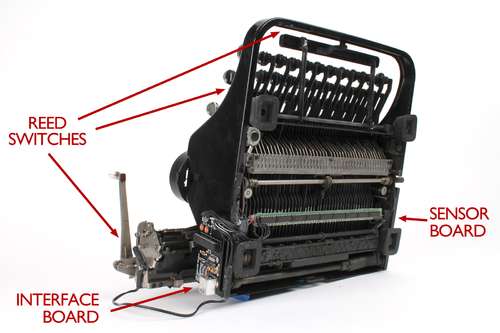 • The USB Interface Board features an Atmega168P microcontroller, a USB socket and some supporting components. By sending the CLK and SER signals, it controls the operation of the Sensor Board and by monitoring the “chassis” signal, it can detect key-presses.
• The Reed Switches – Because the Sensor Board only detects keys that strike the crossbar, several important keys go undetected. These include Shift, Space, and Return. To deal with those keys, we use tiny switches that close when in the presence of a magnet. 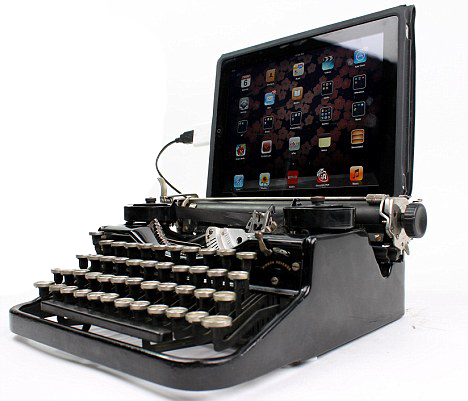 Conversion kits are also on sale for around £50, which transforms old typewriters so they can be used in the same way on modern computers. It is the latest in a long line of technology that upgrades ‘old-fashioned’ and ‘retro‘ devices so they can be used with computers. An old-fashioned typewriter wired up to an iMac.
The upgraded typewriters, which start at £445, can also still be used the way it was intended – with keys hitting the paper through an inky ribbon.