How radiocarbon dating is done? 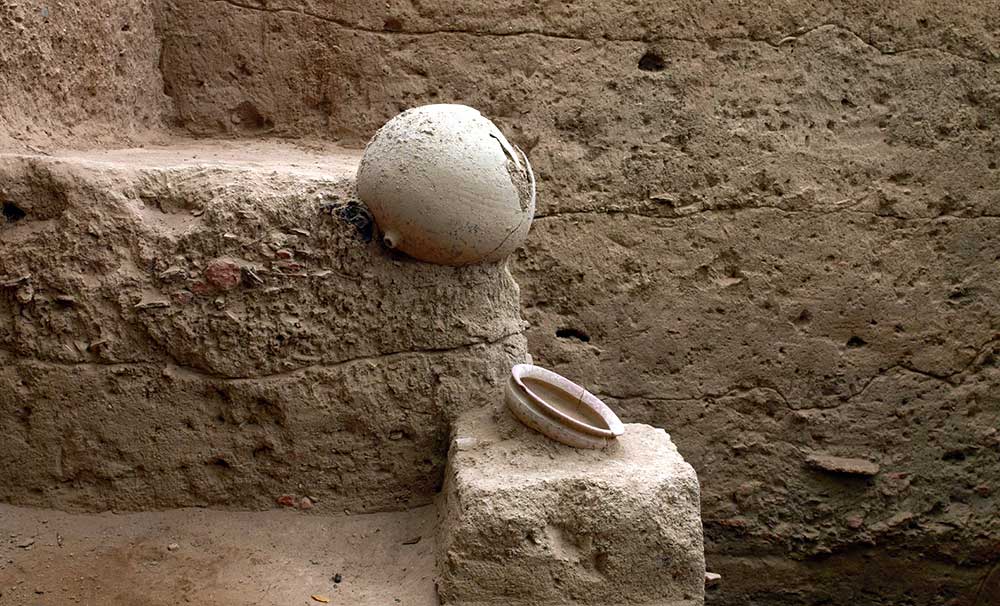 This article was originally published on November 17, 2019.

Radiocarbon dating is a type of radiometric dating technique that is used to determine the age of prehistoric fossils, bones, organic materials in rocks, and pretty much everything that has carbon in it. This dating method is based on the properties of carbon-14, a radioactive isotope of carbon.

Carbon has fifteen known isotopes. Three of them are naturally occurring. Carbon-12 is the most abundantly occurring isotope with a share of approximately 99% of all carbon on Earth. Carbon-13 makes up about approximately 1% and carbon-14 (also known as radiocarbon) exists only in trace amounts.

Carbon-12 and carbon-13 are stable. But, carbon-14 is unstable and has a half-life of 5,730 ± 40 years. Half-life is the time required for a radioactive sample to decay from its initial amount to exactly half its size. As carbon-14 is unstable, it constantly decays into the stable nitrogen-14.

Carbon-14 is very rare. But, the ratio of carbon-12 to carbon-14 is the same in all living things and in the atmosphere of that particular time period. So, how do these carbon-14 atoms enter into living organisms?

Earth’s upper atmosphere is constantly bombarded by the cosmic rays from the outer space resulting in the formation of lighter particles like x-rays, muons, protons, alpha particles, pions, electrons, and neutrons. These neutrons interact with the nitrogen-14 atoms in our atmosphere. And as a result, nitrogen-14 decays into carbon-14.

Carbon-14 enters plants via photosynthesis. And, as animals consume these plants, carbon-14 enters the food cycle. Thus, it ends up in all living organisms. As long as the organism is surviving, the ratio of carbon-12 to carbon-14 in them is the same as the atmospheric ratio in that time period.

How radiocarbon dating is done on fossils? 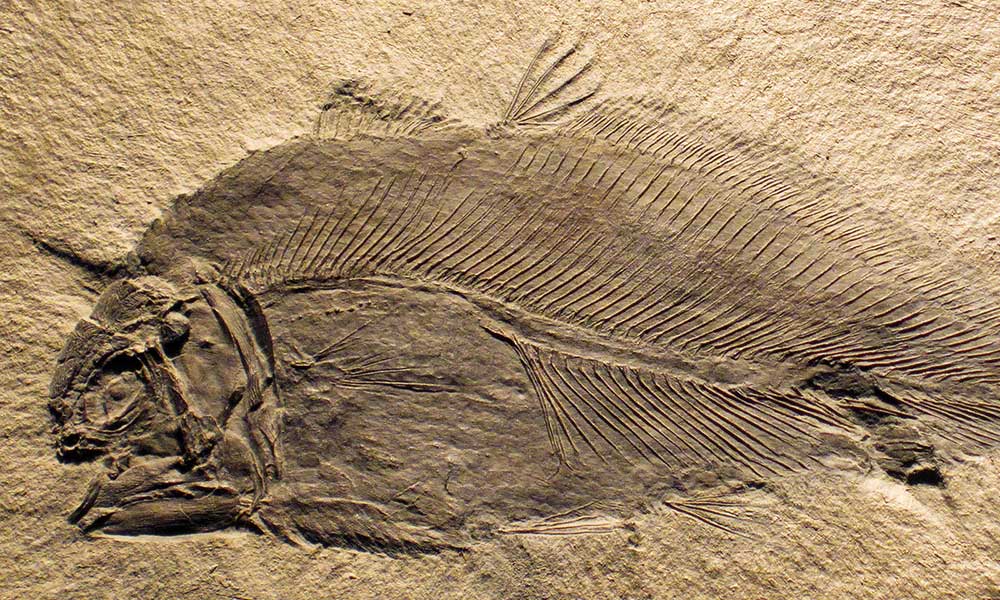 But, when a living organism dies, the number of carbon-14 atoms in them starts to decrease as it decays back into nitrogen-14. But, carbon-12 is stable, so it remains constant.

As a result of this beta decay, the ratio of carbon-12 to carbon-14 in them starts changing from that of the atmospheric ratio in their time period. And, this difference in the ratio is what we need in order to calculate the age of an organic sample.

Accelerator mass spectrometry or AMS is a technique that is being used today to analyze the concentration of carbon-14 atoms in organic samples for radiocarbon dating.

An accelerator mass spectrometer, as the name suggests, it accelerates negatively charged ions to high energies in order to separate the rare carbon-14 atoms from the abundant neighboring carbon-12 atoms for mass analysis.

Beyond 40,000-50,000 years, it becomes challenging to measure carbon-14 with conventional laboratory methods. Another challenge is the dilution of radiocarbon in the atmosphere due to man-made carbon emissions from industries and nuclear testing. So, an updated database of carbon-12 to carbon-14 ratio is used by scientists to consider humans’ effects on the atmosphere while dating samples.

The presence of radiocarbon in our atmosphere was first theoretically suggested by Franz Kurie in 1934. Carbon-14 was discovered on February 27, 1940, by Martin Kamen and Sam Ruben at the University of California Radiation Laboratory in Berkeley, California.