How to apply calculus in sports to improve performance? 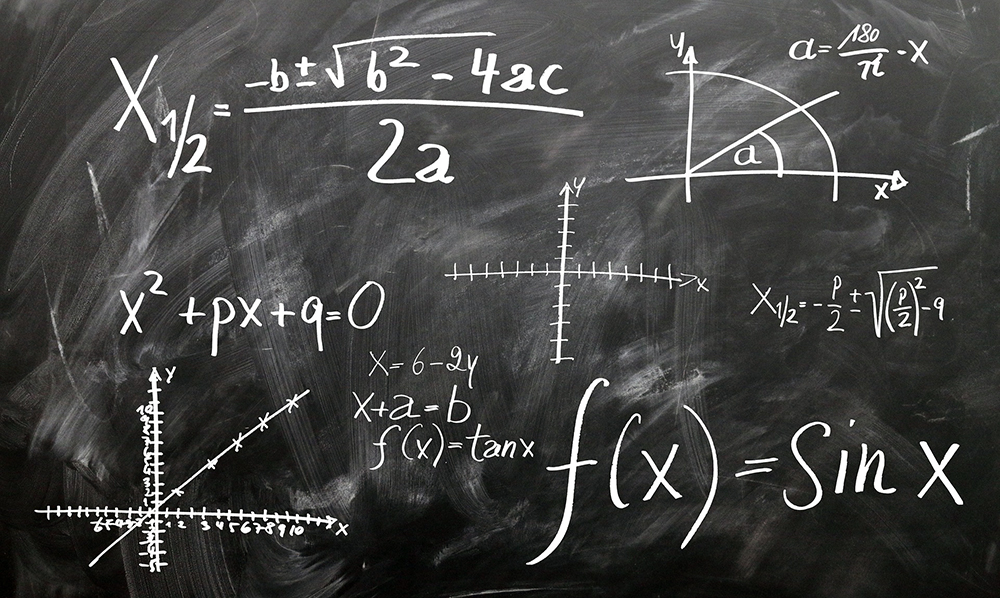 This article was originally published on December 5, 2017.

Believe it or not, mathematics plays an important role in the field of sports. Coaches, athletes, trainers often use mathematics to gain a competitive advantage over their counterparts. With statistics of games, statistics of players, and probabilities of winning or losing games, mathematics is everywhere. Applications of calculus in sports are endless!

How is mathematics involved in running? I know it surprises most of us. To optimize their run, runners must keep themselves at the right speed in order to finish in the shortest time possible. According to Joseph Keller’s, A Theory of Competitive Running, the physiological running capacity of a human body can be measured using a set of differential equations.

According to this theory, to win a running race under 291 meters, the optimum strategy is to sprint at 100% acceleration for the entire 291 meters. Races above 291 meters require a different strategy to optimize performance. 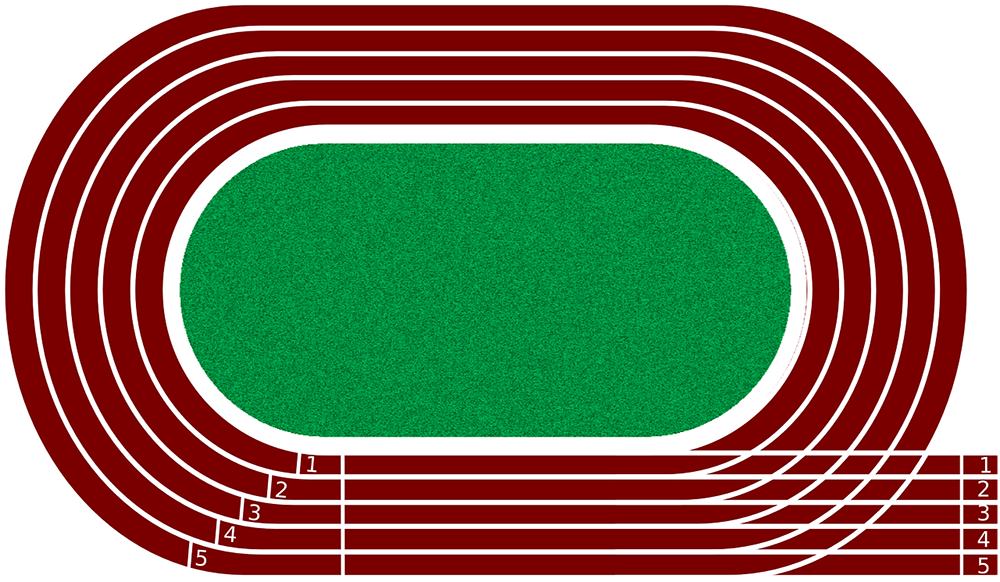 Finding the optimal velocity for the run while conserving energy

Keller’s theory, which is based on Newton’s second law and the calculus of variations, provides an optimum strategy for running one-lap and half-lap races. Keller wrote the equation of motion as:

where \(\upsilon\) is runner’s speed as a function of time t, \(\tau\) is a constant characterizing the resistance to running, assumed to be proportional to running speed, and \(f(t)\le F\) is the propulsive force per unit mass.

Empirical knowledge of human exercise physiology is expressed in the assumed relation between propulsive force and energy supply,

where E represents the runner’s energy supply, which has a finite initial value \({ E }_{ 0 },\) and is replenished at a constant rate \(\sigma.\) In spite of this replenishment, the energy supply reaches zero at the end of the race. \(\tau,\) \(\sigma,\) \({ E }_{ 0 }\) and F are found by comparing the optimal race times. The use of calculus in sports does not end here, next let’s take a look at how it can be applied in baseball. 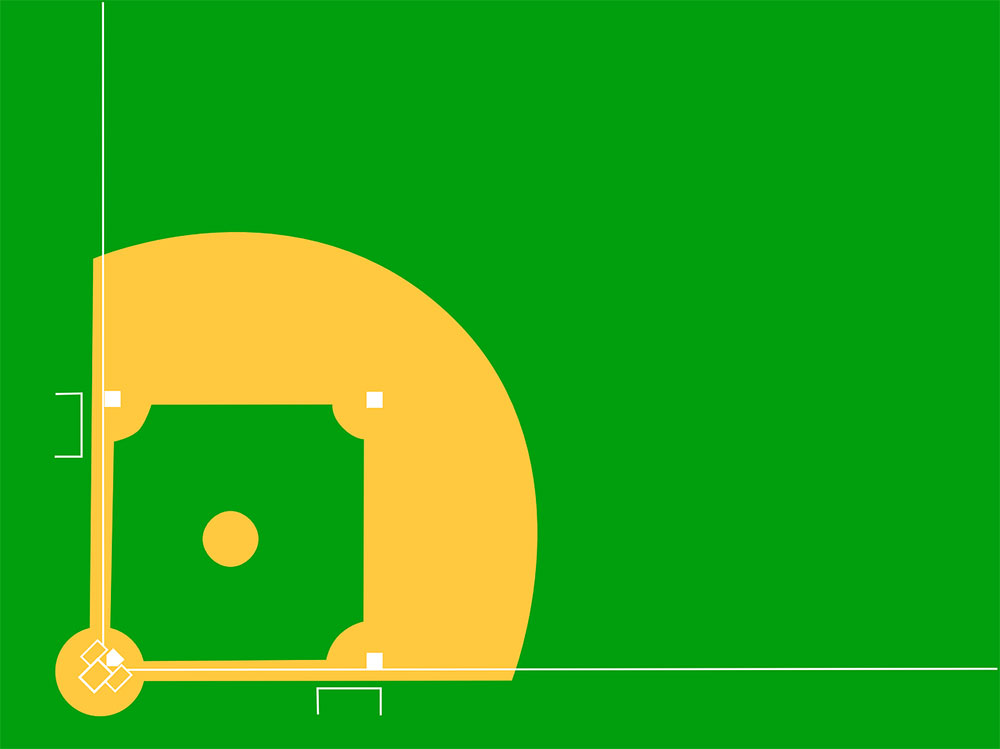 Finding the work required to throw the baseball

Finding the Average force on the bat during the collision

The collision of ball and bat, are quite complex and their models are discussed in detail in a book by Robert Adair, The Physics of Baseball, (New York: HarperPerennial). 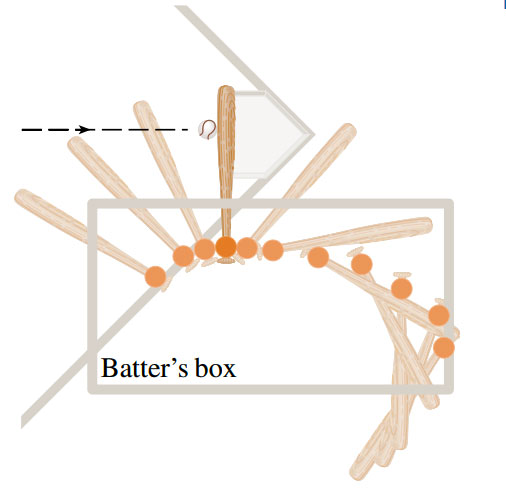 Image: Adapted from the book The Physics of Baseball

The above image shows an overhead view of the position of a baseball bat, shown every fiftieth of a second during a typical swing. We can calculate the average force on the bat during this collision by first calculating the change in the ball’s momentum.

We know that the momentum p of an object is the product of its mass m and its velocity v, that is, p=mv. Suppose an object, moving along a straight line, is acted on by a force F=F(t) which is a continuous function of time t.

Using the above formula, one can find the average force on the bat during the collision F=ma where \(a=\frac { \Delta v }{ t }\). The application of calculus in sports does not end with running and baseball, now let’s see how it can be applied in basketball too.

Using the angle of release and strength of the release, one can mathematically predict the travelling path and the length of the arc. While the ball is in the air, it is affected by only one force, which is gravity! 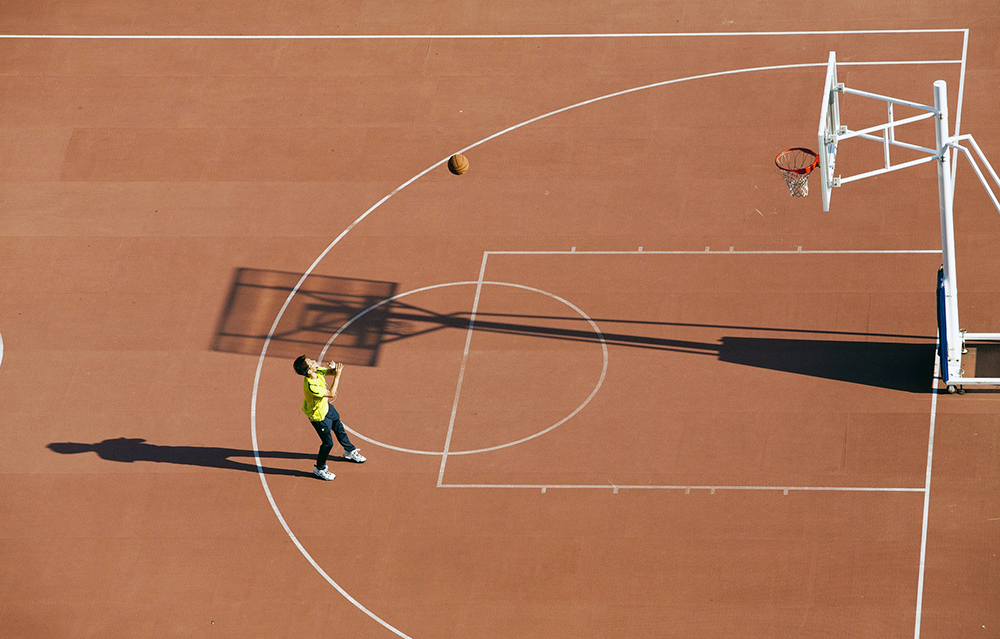 Finding the arc length of a basketball throw

The travel path of a basketball can be divided into two components, the horizontal (x) direction and the vertical (y) direction. These two components can be represented by the following parametric equations:

The derivatives of x(t) and y(t) with respect to time t are:

Now, by inserting the derivatives of x(t) and y(t) in the arc length equation:

By further modifying, we can arrive at this formula:

An example: If the average velocity of a basketball throw is 2.24 m/s, the angle of release is 45 degreees, and the time t required for the ball to travel is about 2 seconds, then the arc length can be calculated using the above formula: 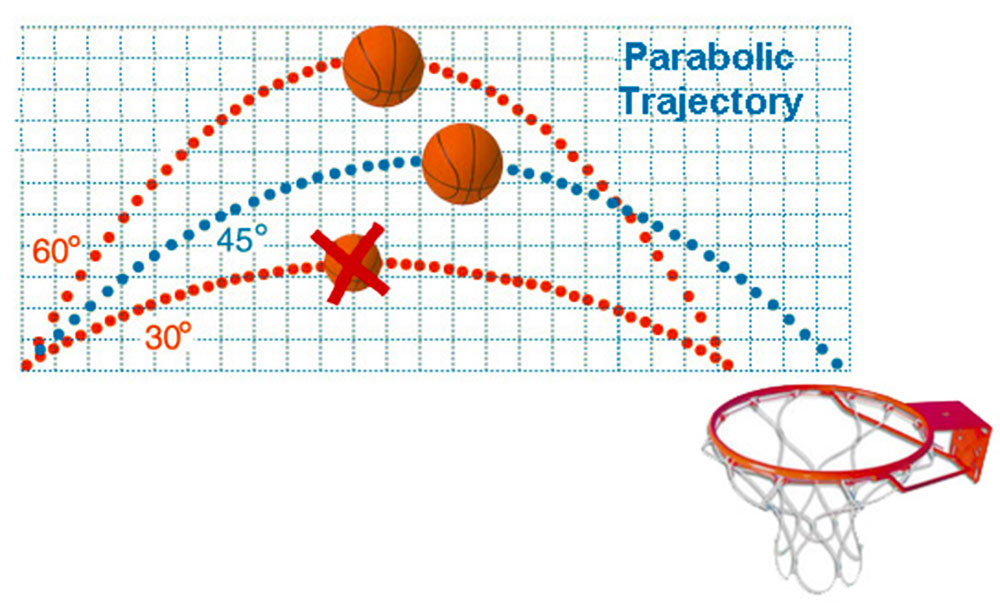 Free throws, jump shots, and three-pointers enter at an angle that gives an oval entrance to the hoop. This changes the given hoop margin. Apparent hoop size is the apparent opening of the hoop to the ball. So, flatter the arc of throw, the smaller the ellipse of the hoop ring.

One can also find the velocity required for the basketball shot given the height of the player’s throw and distance from the hoop. This is the equation for a player to shoot the basketball in order to make it enter the basket perfectly. [1]

\(\alpha\) is the angle at which the ball is thrown.

\(x\) is the distance the ball travels.

And the formula for the range of a basketball trajectory is

Once we know the range and the \(\alpha\) angle of throw, we can calculate the velocity required for the throw using the above formulae. [2]

The application of calculus in sports does not end with running, baseball and basketball. You can apply calculus to any physical sport to optimize performance. Share your thoughts with us in the comment section below.