How technology will impact your driving for better or worse

This article was originally published on June 11, 2013.

The technology we use during transit today were once just blueprints on the drawing board. Features such as; Power steering, ABS, and Satellite navigation, at one time, were all at the cutting edge of technology. Let’s see how technology will pact your driving.

In today’s world, the digital age as some refers to it, more and more gadgets and devices are vying to utilize any digital feature they can think of both for novelty and convenience in an attempt to trump the competition with the trendiest fad item they can conjure.

Where once driving aides were solely created to ensure the driver reached their destination little more safer, the focus is shifting to features not necessarily needed to aid your commute, but to entertain and enthrall the driver in a new platform for multimedia entertainment. The car itself.


Technologies coming to a car near you range from conceptual safety features to features created to just keep boredom at bay.

If you thought this type of Smart car: 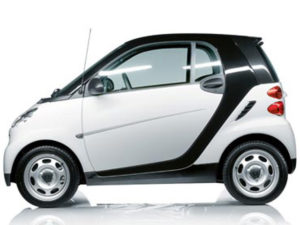 No, we’re talking about cars that are actually smart, that can predetermine your route, destination and even recommend when and where you should refuel depending on the cheapest fuel in your area.
This is the future of cars with onboard computers…which will be every car. GM, one of the leading car manufacturers in the world has been trialing this sort of technology and touting it to feature in your car in the very near future.


Whilst this may have you waiting with baited breath for the day you don’t have to plan your journey around fuel prices because your car will do it for you, here at Digitash, we have some idea’s of our own where artificial technology in cars will take us.
If the onboard computer is advanced as it’s being reported, we assume it can have a real-time influence on how your day pans out.


It has already been declared as a computer that learns by you just going about your day to day business. Your route can be recorded, alternate routes adjacent to the one you regularly travel will also probably be cataloged should there be any delays along your regular commute, to swiftly get you back on track in the usual time it would take to get you there, saving you time and also earache from your boss!
But what if it did more than just this? What if the car of the future noted the radio stations you were listening to, suggesting a hip-hop and R&B club for you to visit at your leisure on the weekend.
Perhaps the children have been utilizing the onboard wifi to connect to the latest popular cartoon show in the back seat, the car recognizes this instantaneously making you aware of where to buy the show’s merchandise. With companies always looking for new ways to monetize new technology, you can bet on it that these type of “Tips” (Or annoyances depending on how you look at it) will be influencing the way you drive in the future. In theory, your car could get to know your likes and dislikes better than some of your friends!


Cars will get tired of your parking skills 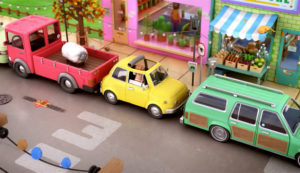 Featured already on the popular car television program, Top Gear, was an Audi that successfully parked itself. Cars are starting to drive themselves, and we’re not just talking about telling you when to manually turn to supplement our awful parallel parking skills.

Oh no! Cars that can pass a test on maneuvers with flying colors all on their own. Welcoming news to new drivers and old folks all over the globe.


Gasoline made from Thin Air? 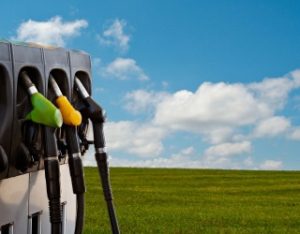 You’re probably thinking I’ve gone loopy, that all this talk about future car technology has destroyed what few brain cells I had left. What madness is he going to speak next, you ask yourself.
To which I reply, Humans can breathe liquid. Whilst humans can breathe liquid, I’m serious, this concept isn’t crazy whatsoever, it’s science baby.

I’m getting so excited, more so than the other technology mentioned because this one will actually save me money!
Oil companies are always looking at ways to extort more money out of car owners, because they know it’s a necessity. We drive everywhere, to work, to school. Heck, some of us even drive places to walk! But with the recent government focus on cutting down on fossil fuels and stopping our purge of all environmental resources that aren’t reusable, an emphasis has been put on car companies to start researching a new form of fuel. Air.


In the short term, it will be an expensive procedure, it involves numerous chemicals used to treat Air, splitting molecules and transforming them into methanol. Frankly, it is all over my head, chemistry was never my favorite subject in school.
The point is that once the process is refined, making it cheaper for the general public we might all to driving in the near future on thin air, and since air is plentiful the price of fuel might be a great deal cheaper than it is today.
Awesome.

Cyber thieves will probably be able to steal your car. With all the new hardware and software in cars, it’s only a matter of time till someone finds a way to exploit holes in the security and boom! Your car is taking other people to your favorite burger bar.
Terrorism could be a lot easier if cybercriminals can exploit your car to steal, what’s stopping them from altering your cars; engine, speedometer, and brakes? What if you might find yourself heading straight on to oncoming traffic with no way to stop. Especially if it’s top of the line and automated.
Article by: Benet Thomas
Related Itemscarsdriving