This article was originally published on May 24, 2012.

An entirely new way to interact with your computers which is more accurate than a mouse, as reliable as a keyboard and more sensitive than a touchscreen. For the first time, you can control a computer in three dimensions with your natural hand and finger movements.

The Leap is a small iPod sized USB peripheral that creates a 3D interaction space of 8 cubic feet to precisely interact with and control software on your laptop or desktop computer. It’s like being able to reach into the computer and pull out information as easily as reaching into a cookie jar. 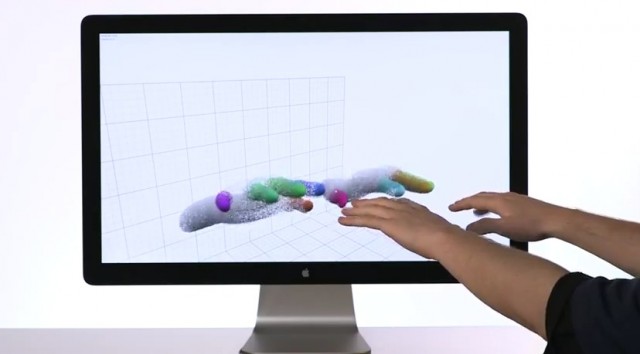 Leap Motion technology
The Leap senses your individual hand and finger movements independently, as well as items like a pen. In fact, it’s more sensitive than existing touch-free products and technologies. It’s the difference between sensing an arm swiping through the air and being able to create a precise digital signature with a fingertip or pen.

Just about the size of a flash drive, the Leap can distinguish your individual fingers and track your movements down to a 1/100th of a millimeter. No one needs an instruction manual for their hands. And the next thing you know, a swipe in the air leads to a swipe of the page. So that nice LED display remains clean and untouched, as it should be.
Leap Motion technology is a breakthrough in computer interaction, using a patented mathematical approach to 3D, touch-free motion sensing and motion control software that’s unlike anything that currently exists on the market.

Setup is just as intuitive. Plug the LEAP into a USB port. Load the Leap Motion software. Do a quick wave to calibrate. That’s it. In minutes, you’ll be able to interact with your desktop using natural hand and finger movements.
Two or three hundred thousands lines of code later, they have figured out how to use the Leap to create an interaction space around your computer, in 3D. Able to distinguish thumbs from fingers, and even handheld items like pencils. This allows users to interact like never before, using only natural movements.

It will allow you to create custom gestures that fit how you want to use your computer. You can even network more than one Leap device, to create even larger interaction areas. The company says it has been able to link Leap to dozens of applications and operating systems.
For decades people have been given a dream of what computers would be – from Star Trek to Tom Cruise swiping through Minority Report’s 3D computer interface and Ironman’s JARVIS computer. But it’s never made it out of the lab and into real life – until now. The ability to control any computer with nuanced hand and finger movements will fundamentally transform the way people interact with computers. 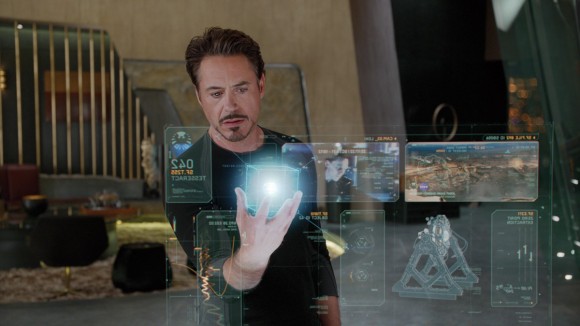 LEAP
Leap Motion is the only technology focused on bringing motion control to the desktop – rather than trying to take what’s been built for TV (large gesture sensing) and make it work for computers. We incorporate natural motions and finger tracking in far greater detail and sensitivity, than any product on the market.
And the technology is not just limited to computers. Leap Motion CEO and co-founder Michael Buckwald said in a statement: ‘In addition to the Leap for computers, our core software is versatile enough to be embedded in a wide range of devices, including smartphones, tablets, cars and refrigerators.
Features of the Leap 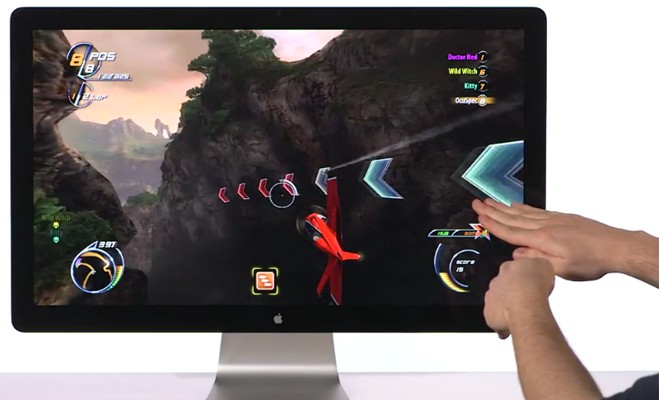 ‘One day 3-D motion control will be in just about every device we interact with, and thanks to the Leap, that day is coming sooner than anyone expected. Games like Angry Birds and Fruit Ninja are more engaging than ever with a physical swipe through the air instead of a swipe on a screen.
The LeapMotion.com website is currently accepting orders for those who want to get their hands on – or into – it, but don’t expect it in your mailbox until December 2012 or January 2013.