ASUS Transformer All in One Windows 8 PC with Android tablet

This article was originally published on January 12, 2013. 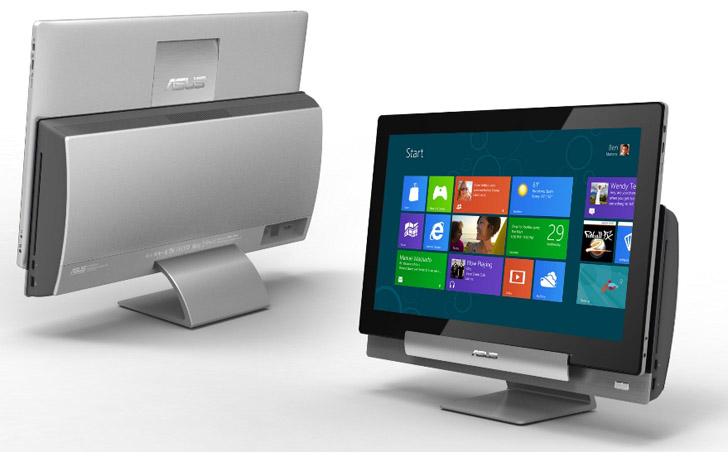 ASUS, one of the world’s largest computer and electronics manufacturer unveiled their latest product Transformer AiO (All in One) personal computer with integrated tablet feature at The International Consumer Electronics Show (CES) 2013.
The new Transformer AiO is a Windows 8 PC with integrated Android tablet system. It is a detachable 18.4 inch touch screen display that acts both as a monitor and as a tablet. It is a first of its kind personal computer with detachable standalone tablet for three different ways of use.
The Transformaer AiO with Windows 8 is powered by 3rd generation Intel Core processor with NVIDIA GT 730M graphics processing for better performance.

The screen has a wide viewing angle of 176 degree and audio is provided by ASUS SonicMaster audio technology. When the screen is detached from the desktop, it becomes a wide screen tablet providing two different operating systems. Both Android and Windows 8 are provided to meet all user requirements.
The Android 4.1 tablet is powered by NVIDIA Tegra 3 quad-core processor. The tablet is provided with built-in stand for tabletop use and an integral handle easy carrying. 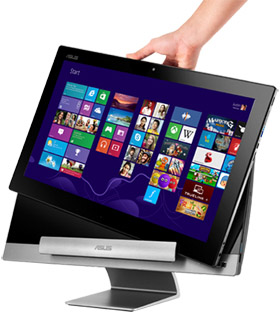