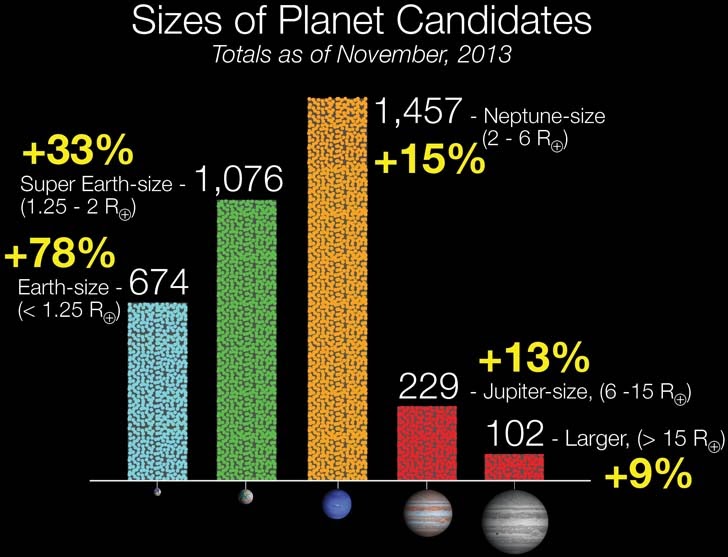 This article was originally published on November 7, 2013.

400 Scientists from 30 different countries gathered this week at the second Kepler Science Conference at NASA’s Ames Research Center in Moffet Field, California. Discussions were made on the results from analysis of Kepler Space Telescope data.

Findings include 833 new planet candidates in which ten of those are less than twice the size of Earth and orbit in their Sun’s habitable zone (Goldilocks zone). They are at a distance from their star which allows liquid water to thrive on surface.
During the first Kepler Science Conference, Kepler team announced Kepler – 22b. It is the first planet to be discovered in a habitable zone. Later, four habitable planets have been discovered. Out of those, two planets were found to be in a single system. 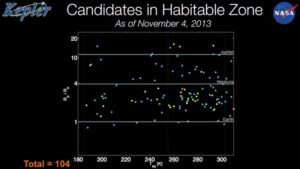 From the beginning to till now, 3538 planets have been discovered. Results show that most stars in our galaxy have at least one planet and smaller planets are more common.

Kepler data suggests that one in five starts like the sun is home to a planet up to twice the size of Earth orbiting in a temperate environment. This suggests that majority of stars in the night sky may be home to planetary systems like our own solar system.

Kepler data is also useful to asteroseismology. It is the study of internal structure of pulsating stars by interpreting their frequency spectra. Researchers examine sound waves generated by boiling motion beneath the surface of the star in a similar way geologists use seismic waves generated by earthquakes to probe the interior structure of Earth.

← Previous Story Most complex 2D laser array for LADAR – the future of RADAR
Next Story → What are those microbeads in our personal care products?