Mirrors of the next generation James Webb Space Telescope

This article was originally published on December 30, 2012. 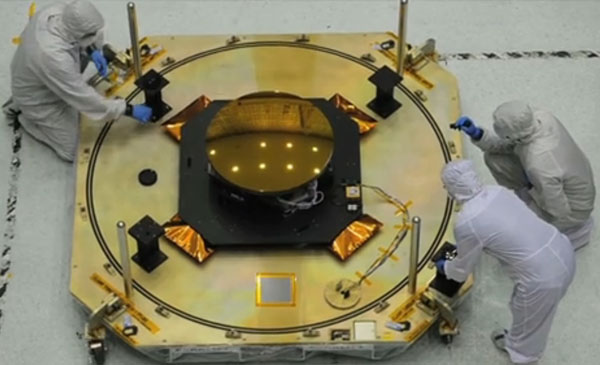 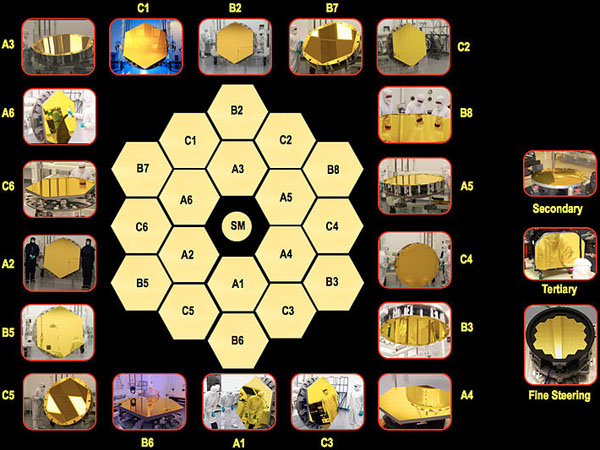 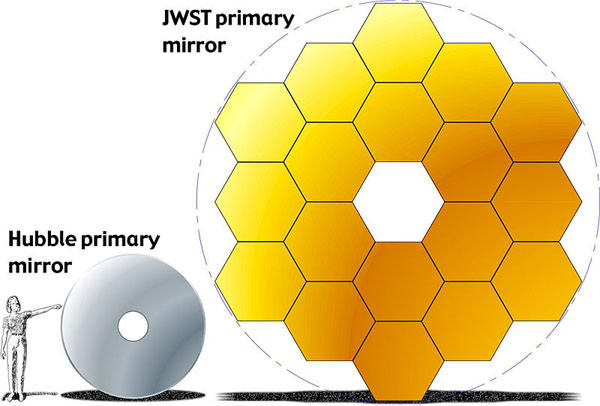 The tertiary mirror and fine steering mirror are located inside an assembly near the center of primary mirror. All the mirrors used in the telescope are made up of beryllium which is suited for stiffness, light weight and can withstand cryogenic temperatures.
Beryllium does not efficiently reflect infrared light, so it is coated with gold to improve its reflecting properties. The James Webb Space Telescope once launched into space, it will start providing images of distant planets and very first galaxies formed in the universe.
Related posts:
– Amazing Blue Aurora on Poles of Saturn
– Exploring Hubble Space Telescope
– SpaceView Program Seeks Astronomers To Track Space Debris
Related Items